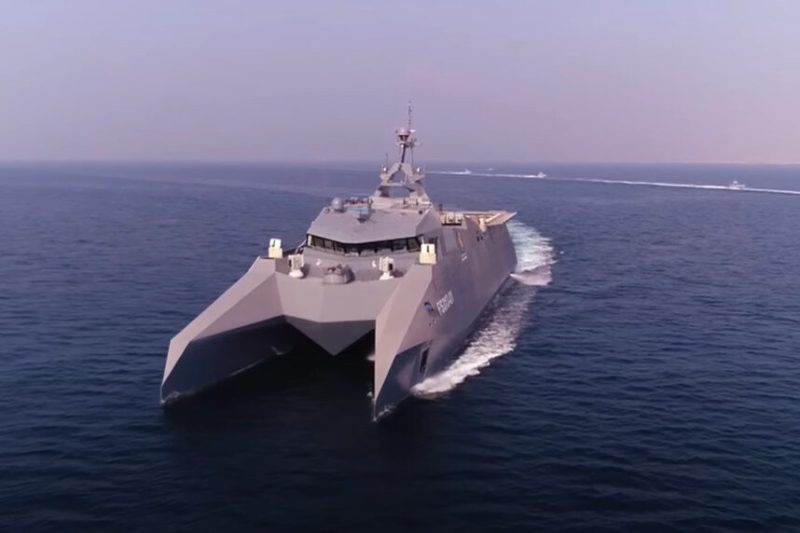 On September 5, Iran’s IRGC Navy officially took delivery of the first Shahid Soleimani-class patrol-combat vessel during a ceremony that was held at its base in Bandar Abbas.

The new patrol-combat vessel is named after Iran’s Quds Force commander Qassem Soleimani, who was assassinated in a US drone strike near the airport of Iraq’s capital Baghdad during his January 2020 diplomatic mission.

The construction of the stealth patrol-combat vessel, which has an estimated length of 65 meters, began a few months after the assassination of General Soleimani.

The Iranian media reported that the design of the Shahid Soleimani vessel reduces its radar cross-section, enables it to operate in adverse weather conditions, and makes it more maneuverable than similar-sized ships. It is the IRGCN’s first vessel that can also operate far from its base.

The vessel is protected by unidentified domestically-developed short and medium-range air defense systems with a vertical-launch system.