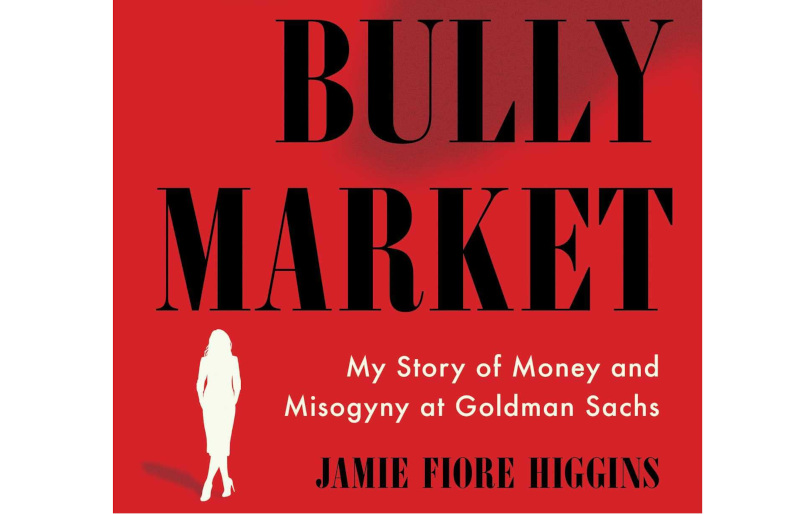 Simon & Schuster just released a new book by Jamie Fiore Higgins, a woman who worked her entire Wall Street career at one firm. Over the span of just under 18 years, beginning on September 2, 1998 and ending officially on May 31, 2016 according to BrokerCheck, Fiore Higgins achieved a level of financial success rarely attained by a woman on Wall Street. She was fresh out of college, at age 22, when this journey began. She was a seven-figure Managing Director at the quintessential good ole boys club on Wall Street when it ended.

But the book is so much more than the title suggests. Fiore Higgins had a front row seat to one of the most unprecedented time spans in Wall Street history. In fact, the 500-year financial storm was happening again and again during her years at Goldman.

Goldman pays a fee to the institutional client that is loaning their stock and then charges a heftier fee to the hedge fund client that is borrowing the stock. The spread between those two fees can result in big profits for Goldman. This was one of the areas of expertise of Fiore Higgins. She writes as follows about her experience during the 2008 crash:

“Part of my job, once we got our hedge funds short, was to keep them short. That meant we always had to borrow the stocks that the hedge funds wanted to short. In return, the hedge funds would pay us a fee, a percentage rate applied to the market value of the trade. The harder the stock was to find, the more expensive the fee. Clients would pay high fees (upwards of 100 percent). Since there wasn’t a published market for short fees, you couldn’t just look it up on an exchange like a stock price. The broker quoted the fee at the time of the initial trade, but they could change day to day.”

If there is anything Wall Street loves more than profits, it is discretion on what it can charge on a trade.

Fiore Higgins’ boss told her this one day about her dealings with the unsophisticated institutions from whom she was borrowing stock: “Don’t even think about telling them how valuable that stock is. If they are too stupid to know how much to charge us for their stock, then that’s their problem.”

What goes unreported in the book is the degree to which Goldman was ripping off its clients and driving down stock prices further in a collapsing market by facilitating short sales, while it was simultaneously receiving tens of billions of dollars in bailout loans from the Federal Reserve and equity infusions from the U.S. taxpayer.

In the leadup to the 2008 crash, Goldman Sachs offloaded billions of dollars of toxic subprime mortgage paper onto its customers, with employees even referring to one offering as a “shitty deal” in emails, while Goldman shorted the paper (betting against it) to make massive profits for itself. Billions of dollars of this rotten paper were sold to retirement funds for low-wage municipal workers.