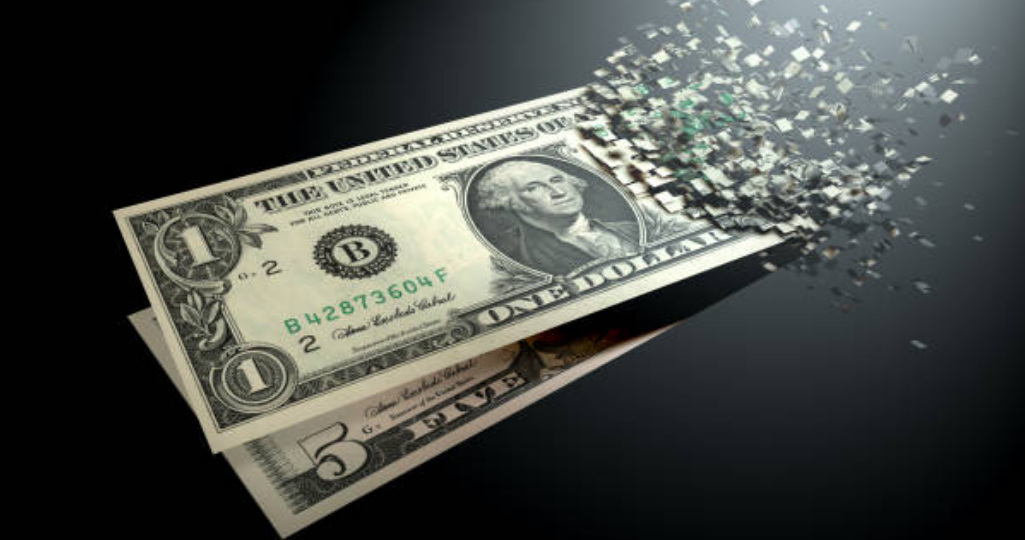 Ever since March 2018, when Moscow dumped practically all of its US Treasury holdings, Russia has been at the forefront of a global process of ‘de-dollarization’. Practically speaking, reducing the nation’s dependence on the global hegemon’s control of payments and thus everything else.

The Central Bank of Russia got out of US assets (and scaled back its dollar exposure) back in 2018 … and Russia’s holdings of euros are a much higher share of global euro reserves than its dollars are of global dollar reserves.

China joined the fight more recently but has been increasing its gold reserves while reducing its US Treasury reserves quite consistently for over two years.

All of that ‘normal’ process has been thrown into chaos since Putin invaded Ukraine with sanctions, bans, and virtue-signaling by Washington curb-stomping the freedoms of many so-called ‘friendly’ nations to Russia (and some un-friendly who simply prefer to feed/heat/cool their citizenry than fall in line).

Since the invasion, the ‘Ruble is rubble’ narrative has been crushed after initial weakness in the Russian currency reversed to massive strength amid soaring energy prices (and energy-for-Rubles agreements).

All of which brings us to a stunning new report from Bloomberg that Russia is considering a plan to buy as much as $70 billion in yuan and other “friendly” currencies this year to slow the ruble’s surge.

“In the new situation, accumulating liquid foreign exchange reserves for future crises is extremely difficult and not expedient,” a presentation on the proposal prepared for the meeting said.

For years, the Kremlin contained spending and saved hundreds of billions in dollars, euros and other foreign currencies as a cushion to insulate the economy from the ups and downs of oil prices.

“The frozen $300 billion were of no help to Russia; on the contrary, they became a vulnerability and a symbol of missed opportunities,” the presentation said, in a rare official admission of the true impact of sanctions.

Bloomberg saw a copy of the document, which isn’t public, and the people familiar with the meeting confirmed its authenticity. The government and central bank didn’t immediately respond to requests for comment on the plan.

According to people familiar with the deliberations who spoke on condition of anonymity to discuss matters that aren’t public, the plan won initial support at a special “strategic” planning meeting of top government and central bank officials including Governor Elvira Nabiullina on Aug. 30.

With earnings from exports of oil and gas flooding in and driving the current account surplus to a record this year and pushing the ruble higher, the proposal calls for spending 4.4 trillion rubles ($70 billion) to buy the currencies of “friendly” countries, mostly yuan…which it has been gathering for a couple of years.