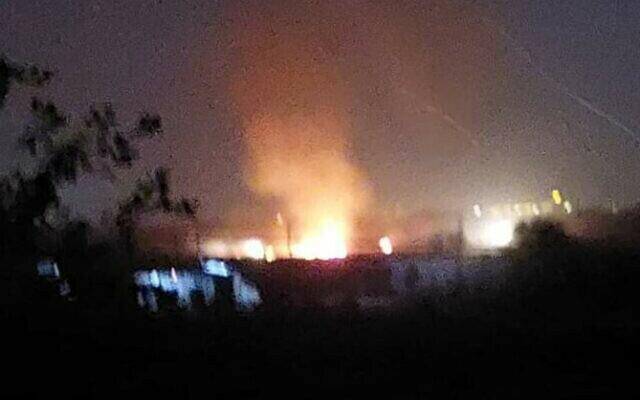 On Wednesday night Khazars conducted an unprecedented near simultaneous attack on both of Syria’s international airports. Airstrikes on both Aleppo International Airport in northwestern Syria, and Damascus International Airport just outside of the capital, came just hours apart. Khazarian insolence and war crimes knows no bounds or limits.

While Damascus airport has been hit on multiple occasions over the past years of war in Syria, at times bringing commercial aviation to a halt at the airport, this is the first known time both civilian hubs were hit on the same day.

Regional English-language media outlet Iran International has said the Israelis were seeking to thwart the arrival of a US sanctioned Iranian plane. The aircraft was first seen descending into Aleppo, but was forced to change course last minute due to the Israeli strikes on the airport runway:

Shortly after the strike in Aleppo, Israeli airstrikes targeted sites near Damascus International Airport and other targets south of Damascus, with Syrian air defenses downing “a number of missiles.”

Sabereen News, a channel close to Iran-backed forces in Syria reported that Israel targeted Aleppo airport to prevent a US sanctioned Iranian plane – belonging to the Yas Air cargo airline — from landing as it appeared to be descending, adding that the plane changed course to Damascus so the Israeli aircraft returned and bombed Damascus airport.