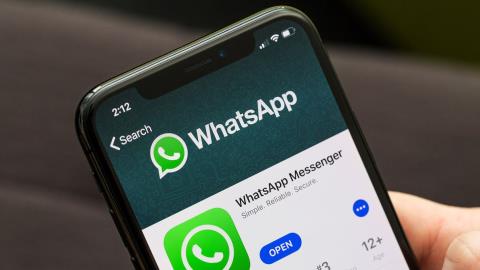 A handful of Wall Street banks are preparing to pay up to $200m each to settle a case with the Securities and Exchanges Commission (SEC) and the Commodity Futures Trading Commission (CFTC) over the use of WhatsApp messages.

The banks in question, which include Bank of America, Barclays, Citigroup, Deutsche Bank, Goldman Sachs, UBS and Morgan Stanley, have been investigated over traders and brokers’ use of personal messaging services to discuss investment terms, client meetings and other business.

The use of WhatsApp and similar personal messaging services to conduct or dicuss bank business violates regulatory requirements.However, the switch to working from home in the midst of the pandemic saw a rise in the use of these services.

Consequently, financial watchdogs have become increasingly concerned that business is being conducted via communication platforms outside of official channels.

This concern has been magnified by the claim that messages have not been archived, thereby frustrating regulators’ efforts to investigate wrong-doing and trading infractions.

According to a Bloomberg report, both the SEC and CFTC are set to launch a crackdown on the use of WhatsApp on the back of the record fines.

SEC scrutiny has increased since the appointment of new chairman Gary Gensler in April 2021 as well as the $200m fine paid by JPMorgan back in December 2021 over its use of WhatsApp, which sparked an industry-wide investigation.

The fines are expected to be levied by the end of September.