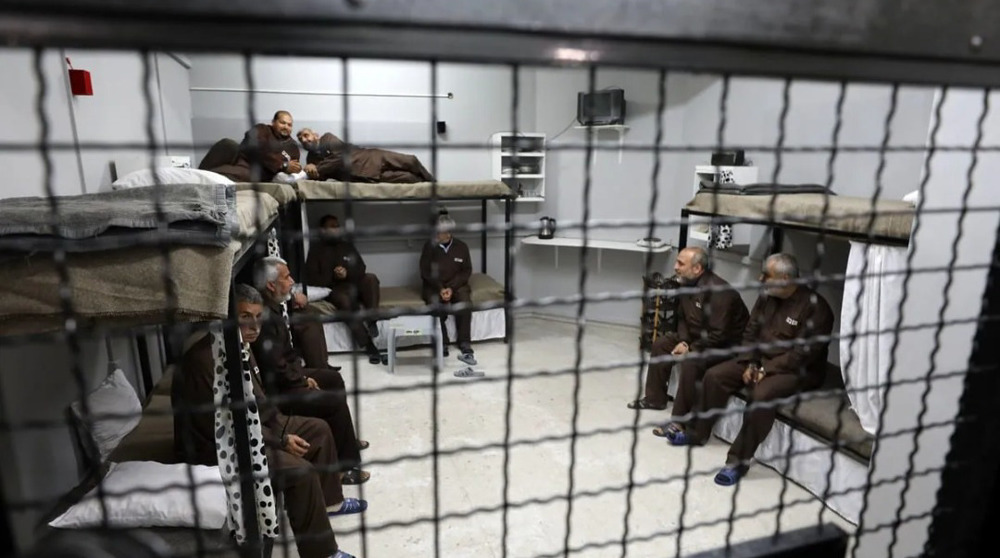 The prisoners, who began their strikes on Monday, also refused to leave their cells for the routine so-called “security checks”.

They say their strike, which will last two weeks, aims to protest repeated inspection of cells by Israeli prison guards.

The decision to begin the hunger strike was made by a “supreme emergency committee” which made up of prisoners from all factions.

It comes after Zionist regime prison authorities announced a set of repressive measures against long-term prisoners in violation of an agreement reached with prisoners.

In March, the prisoners agreed to suspend their pressure measures after the regime decided to put an end to the retaliatory actions taken by the Israeli Prison Service (IPS).

The new strike action also comes after the Israeli regime’s Supreme Court tossed out an appeal request submitted for the release of a Palestinian prisoner, who has been on hunger strike for 172 days in protest at his illegal detention.

Note: Palestinians are Real Semites, Khazars are not.