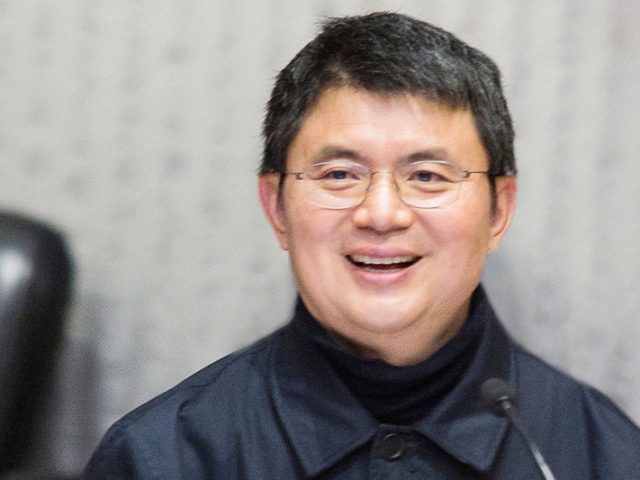 In the most glaring lesson yet to the country’s upstart nouveau-riche oligarchs, a Chinese court has sentenced Xiao Jianhua, the billionaire founder of Tomorrow Group known for managing assets for descendants of prominent Chinese leaders, to 13 years in prison, and slapped the conglomerate with an unprecedented fine of 55 billion yuan ($8.1 billion), culminating the dramatic break-up of China’s largest privately owned financial empire after a five-year investigation.

The Canadian-Chinese tycoon, who disappeared from a luxury hotel in Hong Kong in 2017, was found guilty of illegally collecting public deposits, using entrusted assets in breach of trust, illegally using funds and bribery, according to a statement by the Shanghai No 1 Intermediate People’s Court on Friday, the SCMP reported. Xiao was also personally fined 6.5 million yuan.

“Tomorrow Group and Xiao Jianhua’s criminal acts severely damaged the financial management order, which severely risked the national financial safety, and severely encroached the professional integrity of public servants,” said the Shanghai court in its ruling on Friday. “They should be strictly punished based on the law.”

The sentencing closed the clean-up of Xiao’s financial empire comprising assets worth 3 trillion yuan, and is part of Beijing’s ramped-up efforts to control financial risks in recent years.

Tomorrow Group and Xiao illegally used client funds and entrusted assets of 148.6 billion yuan via Baoshang Bank, the Shanghai court said on July 4. The bank entered the annals of Chinese history in May 2019 when it became the first ever insolvent bank taken over by the government and was placed into bankruptcy a year later.

The company illegally borrowed these funds from Baoshang Bank over the course of 14 years, and it also interfered with the bank’s daily business operations, according to the central bank in 2020.

From 2001 to 2021 – during which Xiao was incarcerated in an unknown location in China for four years – the company and Xiao had given bribes worth 680 million yuan to a number of public servants in the form of stakes in unspecified companies, property and cash, the court said according to the SCMP. The bribes were used to circumvent financial regulation or seek illegal favors.

When asked about Xiao’s right to consular access as a Canadian citizen during a regular briefing on Friday, China’s Ministry of Foreign Affairs said Xiao does not have the right to consular protection of other countries as Beijing does not recognize dual nationality.

Xiao, 50, was born in Shandong, and began his career in business by selling IBM and Dell computers near the Peking University campus in the 1990s. Within a few years, he was worth an estimated $150 million. Surely, there was no crime there.

Xiao is the owner of Tomorrow Holding (trading as Tomorrow Group), a diversified investment company involved with banking, insurance, real estate development, coal, cement and rare earth minerals.He owns non-controlling stakes in Ping An Insurance, Harbin Bank, Huaxia Bank and the Industrial Bank through a series of other investment vehicles, in addition to being the major shareholder in Baotou Tomorrow Technology.

Xiao reportedly, “worked on behalf of a number of powerful families,” in China over the course of his career, and he has been described by The New York Times as “a banker for the ruling class.” By 2016, he was worth an estimated $6 billion. Xiao’s connections with relatives of China’s government leaders were demonstrated by his purchase of a 50% stake in CCB International Yuanwei Fund Management, an investment management company owned by Qi Qiaoqiao, Xi Jinping’s sister. According to news reports, Xiao was also involved with the business Pacific Securities, a company later accused of facilitating money laundering.

He has Canadian citizenship and reportedly held a diplomatic passport from Antigua and Barbuda.

He ranked 32nd on the Hurun China Rich List in 2016 and his net worth was estimated at US$6 billion before his Tomorrow Group financial empire was dismantled by Beijing following his downfall five years ago.

He went missing from the Four Seasons Hotel in Hong Kong in January 2017. In the small hours of January 27, two vans arrived at the luxurious Four Seasons, where Xiao was staying in one of his several rented serviced flats. At about 1am, five men emerged from the vans and knocked on the door of Xiao’s 28th-floor flat before emerging two hours later with him. Almost 12 hours later, Xiao passed through border controls at the Lok Ma Chau crossing between Hong Kong and Shenzhen, and disappeared in the mainland Chinese city, the SCMP reported.

Although a low profile figure, Xiao was well-known for his connections with China’s political elite. His businesses ranged from insurance to mining.

The tycoon and the company had illegally collected deposits of 311.6 billion yuan by selling trust, insurance and wealth management products, which were against regulations, the court said. They also had used illegal insurance funds of close to 191 billion yuan from connected insurers including Huaxia Insurance, Tian’an Life Insurance and Yi’an Property Insurance, the court added.

Tomorrow Group used the illegal funds to acquire financial institutions and for securities trading and overseas investment. The company had returned some of the illegal funds by selling assets and transferring capital from overseas after the government intervened.

In 2020, Beijing took control of some of the associated companies, including Huaxia Life, Tian’an Life and Tian’an Property Insurance. Privately owned Huaxia Life, founded in 2006, was the flagship of Xiao’s conglomerate. It had 182.8 billion yuan of insurance premium in 2019, ranking it fourth among China’s life insurers. The crackdown that started in 2017 also placed half a dozen of China’s biggest global asset buyers under regulatory scrutiny to prevent their debt-fuelled acquisitions from harming the nation’s financial system.

Xiao’s arrest was among a series of crackdowns on high-profile Chinese businessmen, including Wu Xiaohui, the former chairman of beleaguered insurance giant Anbang Group, and hedge fund guru Xu Xiang, following a stock market rout in 2015.