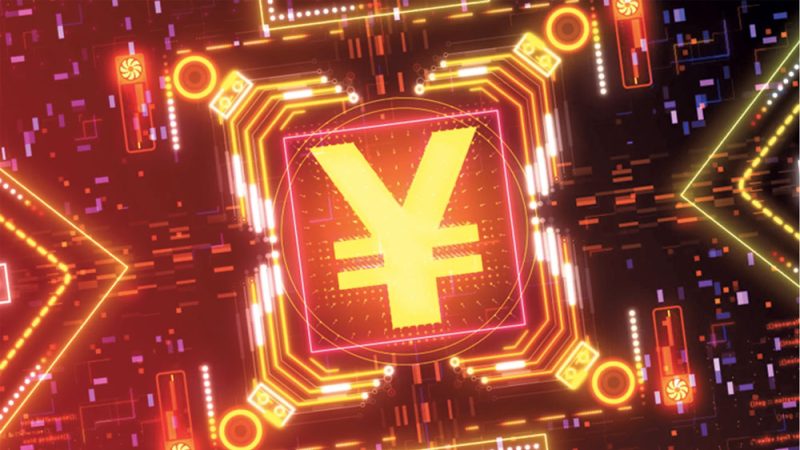 Beijing’s new digital currency is a tool that could prop up authoritarian regimes around the world, including China, and the Chinese paperless money could also undermine U.S. leadership in finance, warned a global finance professional.

“This is a surveillance tool and it’s disguised as a payment mechanism. It’s going to allow the People’s Bank of China (PBOC), their central bank to look into, peer into everyone’s purchasing history,” said Erik Bethel, who once served as the U.S. representative to the World Bank.

The Chinese govt. is making the currency—known as digital yuan, digital renminbi, and e-CYN—available to foreigners for the first time during the 2022 Winter Games, as athletes and visitors can use the money either through a physical card or via a mobile app that can be downloaded at China’s domestic app stores.

Since the digital yuan is backed by the PBOC, it is a central bank digital currency (CBDC) or simply the digital form of China’s fiat currency. Before rolling out the digital money at the Winter Games, Beijing began carrying out pilots tests in several cities in 2020 after the PBOC began developing the system in 2014.

Now, American athletes and visitors to the Games are the only ones exposed to the app but Bethel warned that this is only Beijing’s first step, given the communist regime’s desire to export its technology around the world.

“Inevitably, let’s fast forward several months, every American multinational working in China is going to have to use a version of the Chinese digital technology, the digital currency technology,” Bethel said.

And Beijing won’t stop there either, he continued.

“Let’s fast forward even further, a U.S. multinational, let’s say, an oil company working in an African nation will have to use eventually the digital currency of that nation, which might be powered by China,” he said.

“How can that be good for us?”

Eventually down the line, Bethel said that Beijing would start demanding other countries to use the digital yuan instead of the U.S. dollar to settle foreign exchange transactions, such as commodities like oil, copper, or soybeans.

What’s more, he said the Chinese regime may offer countries mired in Chinese debts, such as Zambia, some debt relief in exchange for helping these nations set up their own digital currency using Chinese technology.

Zambia is one of many developing countries that are in financial trouble because they cannot pay back Chinese loans for infrastructure projects under China’s “Belt and Road” initiative.

“So my concern from a national security perspective is that now China has access to the payments of millions of individuals around the world, not just in China, but it extends that power to other places,” he said.

Even more troubling is how other authoritarian regimes would behave once they possess such a surveillance tool.

“Think of Venezuela in this hemisphere, or Cuba, or North Korea, or Iran,” he said.

“Do you not think that the Nicolas Maduro regime in Venezuela would relish the opportunity to have a digital currency … [that] can peer into what the opposition is doing? Of course, they would.”

Ultimately, Bethel said the digital yuan is going to “hurt the cause of freedom,” “prop up authoritarian regimes,” and “could potentially undermine the U.S. dollar as the world’s reserve currency.”

Inside China, where Chinese citizens are already subjected to oppressive surveillance, the digital yuan would allow the Chinese Communist Party (CCP) to keep even tighter control, according to Bethel.

“There are a lot of ways that the Chinese government could use this [digital yuan] as an instrument of surveillance, tying it to their social credit score, and ultimately keeping an authoritarian regime alive, in effect, forever,” he explained.

The Chinese regime enforces a social credit system, which assigns each citizen a score of “social trustworthiness.” People can have points taken away from their social credit score by committing behaviors deemed undesirable by the CCP such as jaywalking. Those with low social credit scores are deemed “untrustworthy” and thus deprived access to services and opportunities. They could be barred from traveling by plane or attending schools, among other things. Critics have slammed the system as a violation of human rights.

“So if China’s allowed to propagate their digital technology for their digital currencies around the world, it could be very problematic from a national security perspective. And it’s the thing that nobody’s thinking about right now. I mean, there are a few people that are thinking about it, but not very many,” he said.