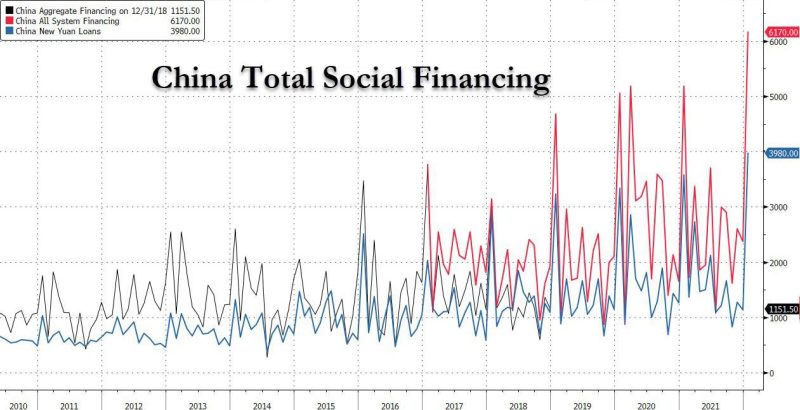 While Wall Street is being torn apart by fierce debate whether the upcoming “six or seven” in rate hikes coupled with $2.5 trillion in QT over the next two years will blow up US capital markets, overnight China showed how trivial such debates are when it published its latest monthly credit data which showed that in January, the Chinese financial system injected just shy of $1 trillion in total new credit.

In January Beijing showed just how serious it is about rebooting the stalling Chionese economy, when the latest amount of total social financing and RMB loans accelerated materially and blew away market expectations. Indeed, as shown below, both new TSF and RMB loans were the highest on record with the former surging by a 6.170 trillion.

Here are the highlights: 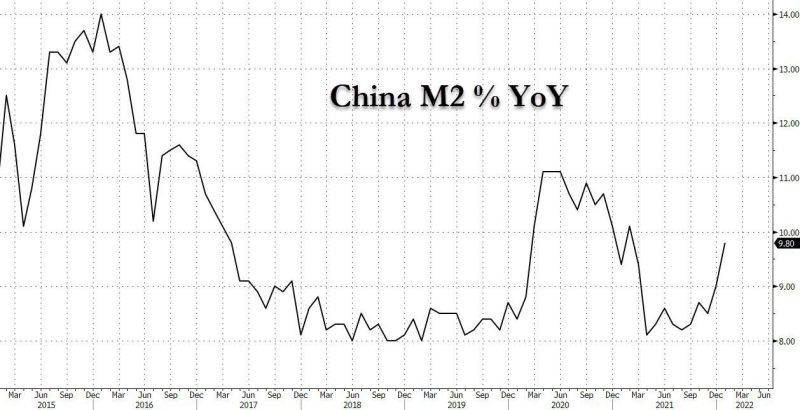 TSF stock growth: 10.5% yoy in January, higher than 10.3% in December. The implied month-on-month growth of TSF stock picked up to 13.9% from 9.4% in December.
M2: 9.8% yoy in January vs. Bloomberg consensus of 9.2% yoy, and up from December’s 9.0% yoy
Needless to say, January total social financing was well above expectations. The sequential growth of TSF stock accelerated to 13.9% mom annualized S/A in January from 9.4% in December after clear easing signals from PBOC and a policy rate cut in January. Overall RMB loans growth remained relatively solid at 10.3% mom annualized sa. M2 year-on-year growth also surprised to the upside and rose 9.8% yoy in January. 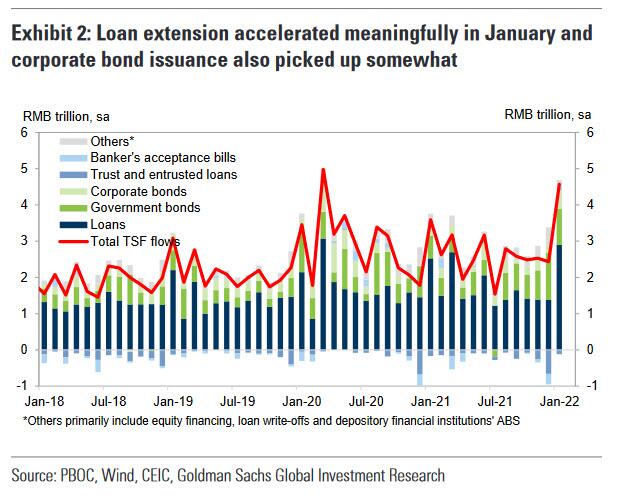