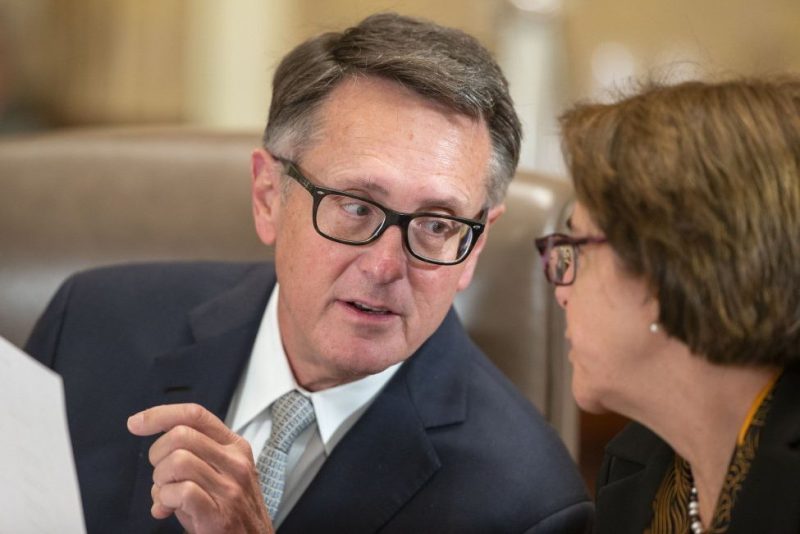 Now, Richard Clarida, who is already on his way out the door at the Fed to make room for Biden appointee Lael Brainard, has become the latest senior Fed official to find his way into the ethics officials’ rifle sights.

Because according to the NYT, Bloomberg and a handful of other reports, Clarida sold at least $1M of shares in a US-traded stock fund in February 2020 before buying a similar amount of the same fund a few days later, on the eve of a major Fed policy announcement that would trigger an 18-month-plus torrid rally in stocks, bonds and other securities.

Notably, while Clarida’s purchase was previously disclosed and reported by Bloomberg News back in October, the initial sale of the fund shares wasn’t disclosed until last month, when an amended financial-disclosure form was finally filed with the government. Notably, this amended form was filed several weeks after the backlash to Clarida’s colleagues’ trades had died down.

And apparently, no journalists had even bothered to notice the amended form for weeks, until the NYT reported on it Thursday.

For the record, the new form showed Clarida sold $1M to $5M of the iShares MSCI USA Min Vol Factor exchange-traded fund on Feb. 24, then invested a similar range in the fund on Feb. 27.

As Bloomberg explains, the disclosure may raise further questions about what the soon-to-depart vice chair knew about the impending Feb. 28 announcement from Fed Chair Jerome Powell, who declared the Fed would unveil massive new monetary stimulus measures in the days afterward, stimulus that is only now finally being unwound.

“He reviewed those transactions with our ethics office and submitted amendments” to his disclosure forms for 2019 and 2020.

The amended form, dated Dec. 16, came out just one day after the close of the Fed’s Dec. 14-15 FOMC meeting. The minutes from that meeting were only just reported yesterday, and Clarida has already said he has no intentions of attending the next FOMC meeting later this month. Clarida is expected to step down at the end of the month to make room for Lael Brainard, who has served on the Fed board of governors since 2014, and who was nominated by President Biden to serve as the Fed’s new vice chair, assuming her nomination makes it through the Senate.

In the wake of the trading scandal that engulfed the Fed last fall, Chairman Jerome Powell has announced new investment guidelines in October, including banning purchases or sales during periods of market stress for all senior Fed bureaucrats. All of this begs the question, why is Clarida exposing all of this now? A probe of Fed trading is presently under way by the central bank’s inspector general, which declined to comment on whether Clarida is part of the investigation.