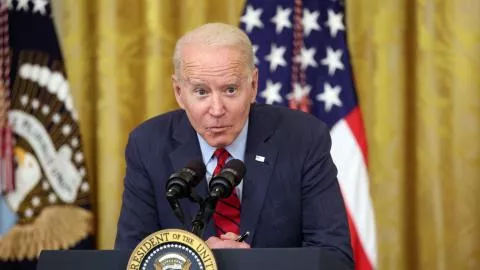 With Lina Khan in charge at the FTC and Tim Wu installed as special assistant to the president on competition, increasing attention is being paid to the Biden Administration’s anti-trust plans now that breaking up Big Tech has become an issue with bipartisan support in Congress, with lawmakers of both parties supporting more scrutiny (while others said to be in the pocket of Big Tech have dutifully pushed back). As curiosity about the administration’s next steps mounts, WSJ reported Tuesday evening (following an earlier report from Reuters) that the White House is planning a sweeping executive order that would direct federal agencies to strengthen oversight of industries that they perceive to be dominated by a small number of companies.

The order comes as House lawmakers are pushing ahead with a package of anti-trust legislation aimed at restraining Big Tech. The order reportedly builds on a 2016 report by the White House Council of Economic Advisors. A similar anti-trust order handed down by President Barack Obama in 2016 failed to “move the needle” on the competition front.

The order will direct regulators of industries from airlines to agriculture to rethink their rule-making process to inject more competition and to give consumers, workers and suppliers more rights to challenge large producers.

Based on what we know so far, it doesn’t look like the order will pressure regulators to push for the outright breakup of industrial conglomerates, large corporate farms or American tech giants.

The goal is to broaden the way policy makers approach business concentration in the U.S., going beyond conventional antitrust enforcement focused on blocking big mergers. For example, companies in industries controlled by a small number of big firms might face new rules for disclosing fees to consumers or for their relationships with suppliers, the people familiar with the effort said.

Opponents of tighter anti-trust rules are hopeful that the conservative SCOTUS will weigh in to block Biden’s attempts to override Congress and unilaterally impose new restrictions on American corporations (while at the same time working out a new global minimum corporate tax that would, if ever implemented, likely increase the tax bills of American multinationals).

Big business groups and some Republicans will likely protest any new Biden measures. Businesses and conservative legal groups could challenge the rules in court, as they already have with administration moves to limit oil and gas drilling on federal lands and to extend a pandemic-related moratorium on evicting renters. Regulatory opponents are hopeful that conservative judges appointed by former President Donald Trump will make it easier to challenge Biden administration rules.

“I find the way this is being framed questionable,” said Douglas Holtz-Eakin, an economist who worked in the George W. Bush administration and who has advised GOP lawmakers and candidates. “They’ve decided the economy isn’t competitive, but when you look closer at the data, you just don’t see a radical increase in concentration.”

However, the supposedly “conservative” SCOTUS that Democrats spend an inordinate amount of time railing against hasn’t come through for conservatives on a handful of recent rulings, including declining to strike down the CDC’s eviction moratorium while also refusing to strike down Obamacare for the third time.