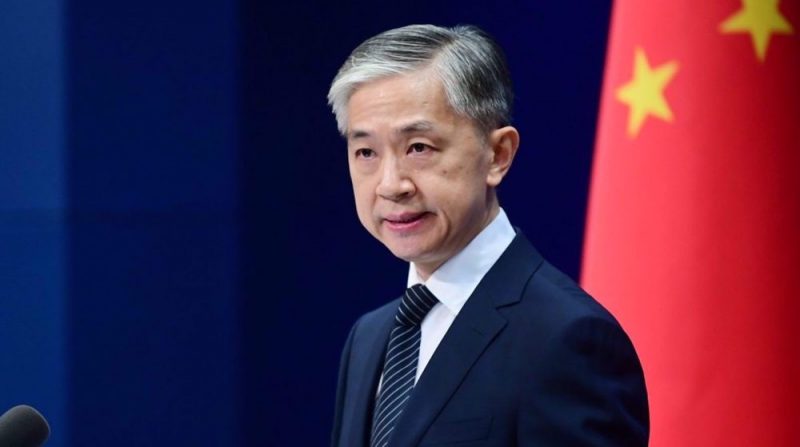 China says it is definitely “unacceptable and intolerable” that the US is spying on the leaders of its European allies and others around the world, stressing that Washington should be brought to justice.

Chinese Foreign Ministry spokesman Wang Wenbin said Thursday that the US has been a champion of spying on other countries, including its own allies, and that the world deserves a responsible explanation.

“The US spying on its allies is unacceptable, let alone the bold action of tapping the whole world which is utterly intolerable. The United States has always been recognized as the world’s number one secret theft with various methods including simulating signals of base stations to tap into and steal data from cellphones, maneuvering mobile apps, hacking into cloud servers, and even tapping undersea fiber-optic cables,” Wang said.

The report added that FE had given the NSA open internet access to spy on SMS text messages, telephone calls, and internet traffic, including searches, chats and messaging services of European politicians.

Merkel and French President Emmanuel Macron, as well as many other leaders, are currently pressing Copenhagen for immediate explanation. They have stressed that such behaviors are absolutely unacceptable.

The US “has also bugged around 100 embassies and consulates in other countries to steal secrecies. The recent media disclosure of the United States’ tapping on its European allies is just the tip of the iceberg of the country’s huge global secret-leaking network, and the US owes the international community an explanation,” Wang further said.

“For a long time, the US relies on its technological advantages to indiscriminately and unscrupulously conduct large-scale wiretapping and eavesdropping; while on the other hand, it wantonly oppresses legally-operating non-US companies under the pretext of the so-called national security. Such double standards have fully exposed its hypocrisy and hegemonic bullying nature,” Wang said.

The US “should immediately stop the evil behaviors of conducting massive and indiscriminate tapping and spying on other countries, and put an end to the malicious actions to crack down on non-US companies in name of the stretched concept of national security. The United States should give back the world justice,” Wang added.

He also said that the so-called Clean Network Program put forward by the US was only a movement to cement its monopoly on high technology field, paving the way for its “secret theft actions.”