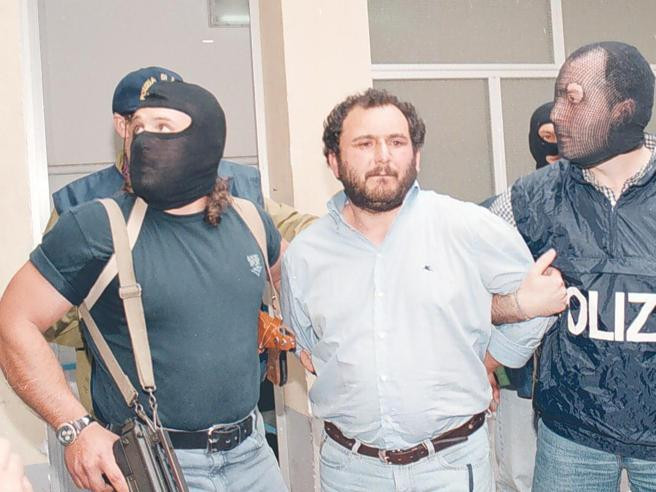 The mafia killer Giovanni Brusca, released from prison after 25 years for the benefits of the laws on the repentant of the Sicilian Cosa Nostra. Brusca, the sixty-four year old from San Giuseppe Jato, in the Palermo area, one of the most ruthless and faithful men of Totò Rina and the Corleonesi who controlled the Sicilian Cupola (the Mobster’s Dome) for a long time with murders and massacres, should have come out of the Roman prison of Rebibbia and was released with a year advance for “good behavior” arousing the indignation of politicians, anti-mafia magistrates but above all of the relatives of the victims of his approximately 150 murders including the attacks on judges Giovanni Falcone and Paolo Borsellino blown up with TNT together with the men of their buffer stock. It was Brusca who held the remote control for the detonator of the Capaci massacre, in which Falcone was killed, but also triggered the fatal bomb for the killing of judge Rocco Chinnici, head of the Palermo Direction Judicial office.

«The law cannot be the same for these people. Brusca deserves nothing. Besides my son, he also killed a 23-year-old pregnant girl, Antonella Bonomo, after torturing her boyfriend. She strangled, for no reason, without her knowing anything about their business and threats. These people are not part of humanity» adds the father of little Giuseppe. On the ethical profile, dozens of books could be written on the penalty discounts reserved for “reliable repentants” which allowed Brusca to be sentenced not to life imprisonment but to 26 years in prison.

«Now, for the boss, a free life in a top secret location, a new passport and maintenance allowance. Meanwhile, for four years, he will still have to respect the probation regime and, probably, the obligation to stay in the secret place where he now resides. The pact with the state is that he will not have to go back to a crime and will not be able to violate the rules set out in the protection program. There is no precise information on how much Brusca will take in compensation. As reported by Corriere della Sera, in general the “salary” for collaborators of justice varies between one thousand and one thousand and 500 euros per month» writes the Italian newspaper Il Giornale

He will then receive a luxury state allowance when compared to that of retirees with the minimum. In our system there is a law (L. n. 638/1983) which guarantees an economic benefit for all pensioners who receive a pension that is too low, below the minimum levels of the law.