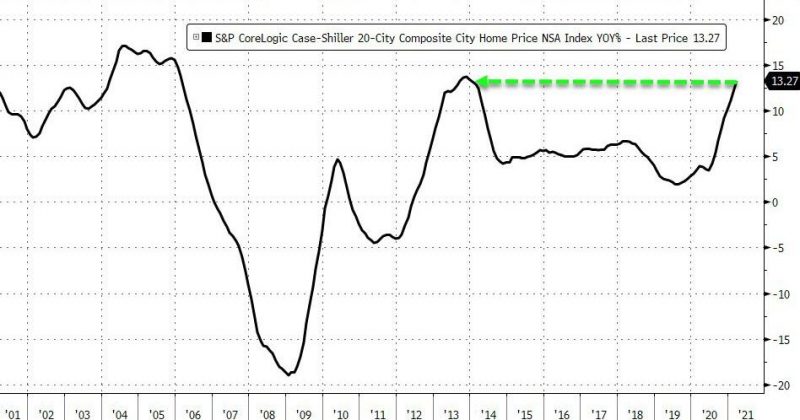 “In real terms, home prices have never been so high. My data goes back over 100 years, so this is something,” Nobel prize-winning economist Robert Shiller told CNBC’s “Trading Nation” earlier this week and according to Case-Shiller’s latest data (for March) released today, home prices in America (the 20-City Composite) are surging at a stunning 13.27% YoY (up 1.6% MoM).

“These data are consistent with the hypothesis that COVID has encouraged potential buyers to move from urban apartments to suburban homes,” Craig Lazzara, global head of index investment strategy at S&P Dow Jones Indices, said in statement.

“This demand may represent buyers who accelerated purchases that would have happened anyway over the next several years. Alternatively, there may have been a secular change in preferences, leading to a permanent shift in the demand curve for housing.”

As Shiller noted, that is the highest price ever and over 19% higher than the home price index was at the peak in 2006. 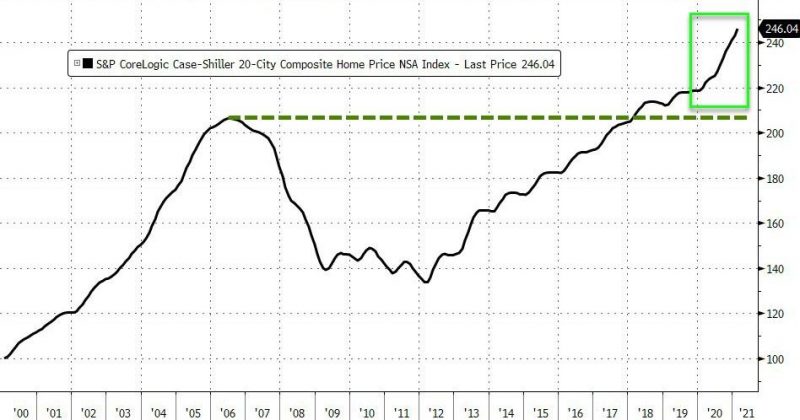 Finally, we revert back to the man behind the index. Shiller believes the current housing market environment is similar to 2003, five years before the housing market crash in 2008.