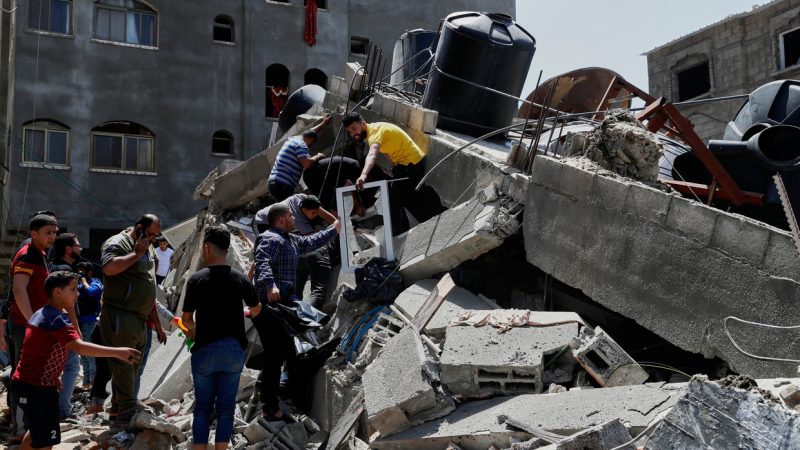 Putin orders plan for evacuation of Russians from Gaza as Moscow warns Israel that more civilian casualties are unacceptable.

Russia is preparing for a potential mission to rescue its own citizens, and those of former Soviet states, from war-torn Gaza as Israeli forces press ahead with a campaign of airstrikes aimed at Palestinian militants.

In an executive order issued on Thursday, President Vladimir Putin instructed the country’s Ministry of Foreign Affairs, along with its top intelligence agency, the SVR, and emergency response officials to lay the groundwork for an evacuation of any citizens or personnel trapped by the fighting. The move, which the president described as a response to a “sharp deterioration in the situation in Gaza,” would also offer a potential lifeline to passport holders from the Commonwealth of Independent States, comprised of nine of the USSR’s ex-republics.

The decision comes just one day after Russia’s Deputy Foreign Minister Mikhail Bogdanov warned Israel’s ambassador in Moscow that the situation was worsening. During “a frank exchange of views,” the Russian side “expressed extreme concern about the escalation of tensions and emphasized that a further increase in the number of civilian casualties would be unacceptable.”

Earlier this week, Moscow’s veteran Foreign Minister Sergey Lavrov told reporters that “we condemn the strikes that are being launched from [Gaza] to residential areas [in Israel].” At the same time, he added, “We also, of course, condemn the completely unacceptable strikes on civilian targets in the Palestinian territories.”

He pledged Russia’s support in negotiating an end to the violence. “We will do everything to help them find agreements to calm down the present, extremely dangerous, hot phase of the conflict and to start direct negotiations as soon as possible,” Lavrov said.