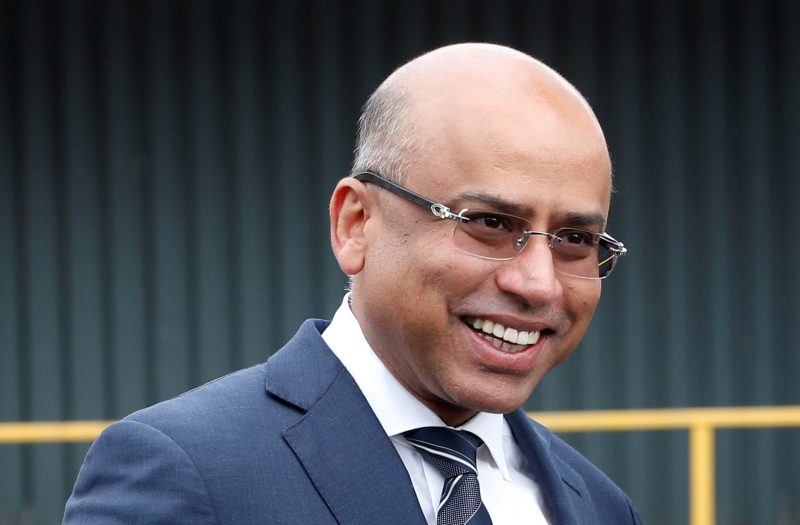 Sanjeev Gupta stops repayments to troubled lender Greensill Capital amid threat to UK steel jobs.
The business empire headed by steel tycoon Sanjeev Gupta has stopped making payments to troubled lender Greensill Capital as it tries to hold onto its cash.
GFG Alliance, a web of Gupta-backed firms which includes Liberty Steel, has been reliant on Greensill in a relationship which has raised the suspicions of regulators in the UK and Germany.
But Gupta told senior colleagues that he would no longer be repaying money owed to Greensill, according to the Financial Times.
The chaos at Greensill has piled pressure on GFG, raising fears over thousands of jobs in the UK steel industry.
Gupta was the ‘saviour of UK steel’ after a spending spree that saw him buy up plants in Rotherham, Stocksbridge in South Yorkshire, Newport and Hartlepool.
Greensill was plunged into crisis this week after several of its major backers walked away.
It is now in talks with private equity giant Apollo Global – but any rescue deal will not include the loans connected to Gupta or the German subsidiary Greensill Bank, according to a source close to the talks.
This would leave Gupta’s empire desperate for cash. GFG relies on supply-chain financing from Greensill to pay its suppliers and without that money it could struggle to pay its bills.
Founded by former banker Lex Greensill, the eponymous group was plunged into crisis this week after its main insurer refused to renew a $ 4.6 billion contract and Credit Suisse froze $ 10 billion in funds related to the business. Private equity firm Apollo remains in talks to buy part of the business.
Separate efforts by Gupta to get a loan from Canadian asset manager Brookfield fell through this week.
GFG’s decision to halt payments to Greensill shows signs of a growing rift between Gupta and the lender which has funded his vast empire.
German regulator BaFin had been closely watching Greensill’s subsidiary in the country, over fears it was too heavily exposed to Gupta’s businesses.
Earlier this week BaFin banned the subsidiary from doing business and filed a criminal complaint, accusing the bank of manipulating its balance sheet.
In the UK, concerns over the future of Gupta’s empire have also prompted action from regulators at the Bank of England.
They ordered Wyelands Bank, a firm which is part of the GFG group, to pay back depositors amid fears it was too closely connected with Greensill and Gupta.
A spokesman for the GFG Alliance said: ‘GFG Alliance has adequate funding for its current needs-and its refinancing plans to broaden its capital base and obtain longer-term funding are progressing well.
‘Our global efficiency drive means that our core businesses are operationally strong.’
Nevertheless, some suppliers to Liberty Steel, GFG’s main metallurgical business, have said they are reviewing their exposure to the group. One of them said they have tightened their trading terms and are asking for payment earlier. A second said they were considering requesting cash payments in advance.