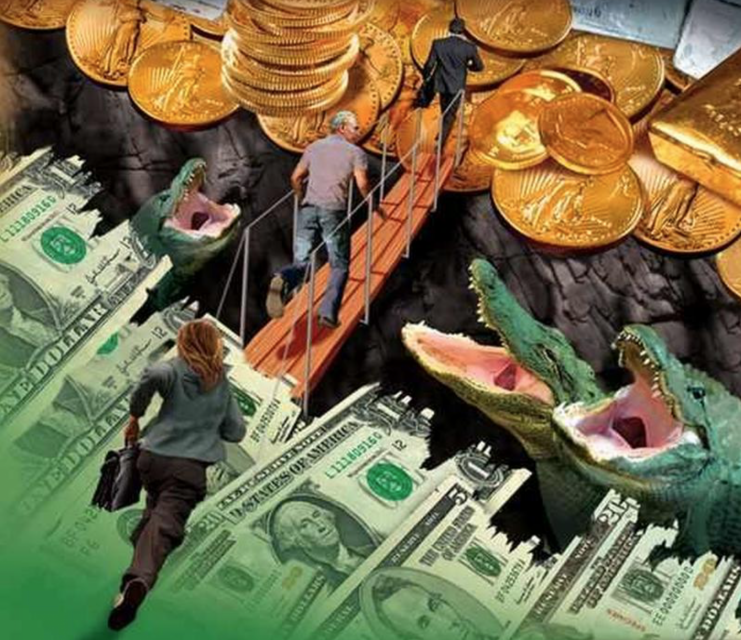 Tens of billions of dollars’ worth of Iranian assets remain stuck in US banks, with the vast majority of the funds trapped there in the aftermath of the Iranian Revolution of 1979. US courts have sought to whittle away at these funds over the years, with Iran doing everything in its power to get its money back.

The Iran-United States Claims Tribunal (IUSCT) has reportedly ordered Washington to pay $37 billion to Tehran after determining that US Treasury regulations prevented or delayed the transfer of Iranian assets back to Iran, in violation of the 1981 Algiers Accords.

In a statement Wednesday, the Iranian agency tasked with coordinating international lawsuits reported that “the Iran-US Claims Tribunal in [the] Hague has sentenced the US government to pay financial damages to Iran and to return some property belonging to the Iranian government and government agencies.”

“In this verdict, Iran complained that the US government, contrary to its obligations under [the] Algiers Accords by enacting Treasury regulations on February 26, 1981, prohibited the transfer of part of Iranian property or delayed in this process,” the agency said.

The award reportedly comes following an exhausting, decades-long legal battle. Iran was said to have brought the case before the IUSCT in 1982, with the court determining the principles and framework of alleged US obstruction of the transfer of Iranian property and issuing an initial ruling in 1992. It took nearly twenty years more after that for the court to determine the extent of damages, with further hearings held between 2013 and 2014.

“After hearings, the tribunal issued its final verdict in late March 2020 condemning the United States for not transferring or delaying the transfer of Iran’s property. Under the verdict, the US government was ordered to pay approximately $29 million to Iran,” the agency said.

An additional award of approximately $8 million was agreed if the US did not restitute some assets of historical value belonging to Iran, bringing the total sum of the award to $37 million.

The IUSCT was established in January 1981, and tasked with resolving claims between Iran and the United States. The tribunal was created as part of the Algerian-mediated agreement to resolve the Tehran hostage crisis. The tribunal has its seat in The Hague, the Netherlands. In its 40 year history, the body finalized over 3,900 claims and ordered payments to the tune of $3.5 billion, $2.5 billion of that by Iran to US nationals.

Iran is known to have tens of billions of assets frozen in US banks, with billions more trapped in South Korea, Iraq, China, Japan and Luxembourg. In the mid-2010s, Barack Obama estimated that these funds amount to about $50-$60 billion total. The US slapped restrictions on the Islamic Republic in the immediate aftermath of the Iranian Revolution of 1979, with the restrictions including asset freezes.

About $30 billion in assets were subject to unfreezing with the signing of the Iran nuclear deal in 2015, but much of them too remained stuck in a legal tug of war before the US reinstated crushing Iran sanctions in 2018.

Over the decades, US courts have sought to chip away at some of the Iranian wealth stashed in US banks. In 2018, New York Court ordered the Islamic Republic to pay a whopping $6 billion to ‘compensate’ the victims of the 9/11 terror attacks. The ruling came down despite the fact that there is no evidence to suggest that Iran had anything to do with the attacks, and despite Tehran’s record of combating al-Qaeda* extremists in Iraq, Syria and Afghanistan.

Four years earlier, in 2016, a US court ordered for nearly $2 billion in frozen Iranian assets to be paid out the families of the victims of the 1983 terrorist truck bombings in Beirut, which killed 241 US Marines and 58 French paratroopers. Iran maintains that it had nothing to do with the attacks, and has challenged the ruling at the International Court of Justice.

Along with these defeats, Iran has occasionally enjoyed major victories to get its money back. In 2019, the ICJ ruled that Tehran has a legal claim to $2 billion in assets frozen in US banks, although the US claimed The Hague does not have jurisdiction in the case. Last year, Iranian President Hassan Rouhani announced that Tehran had prevailed over the US in a separate legal dispute involving some $1.6 billion in Iranian assets frozen in Luxembourg at the behest of US authorities.