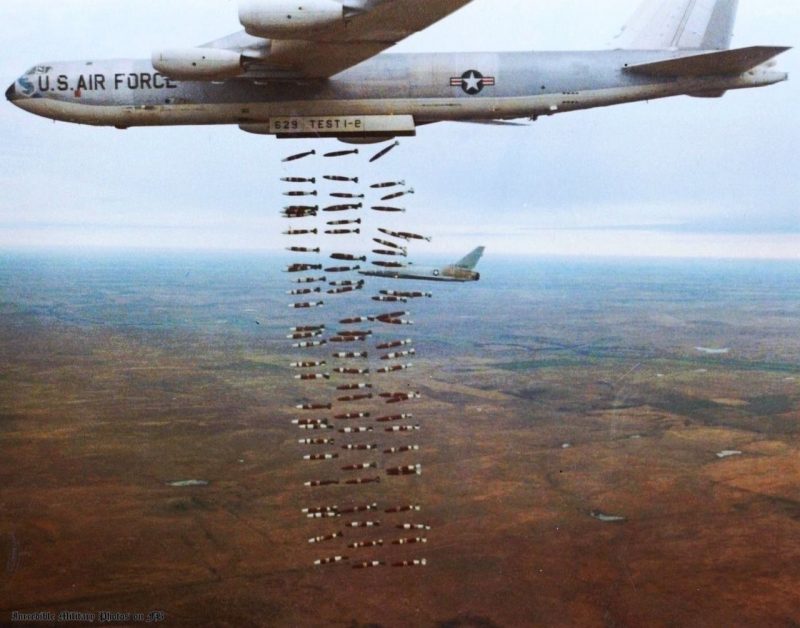 As U.S. armed forces illegal presence in Syria is not enough for Talmudists, Satanists, Zionists and Neocons, here we have America is back!

Joe Biden’s mantra has been particularly on the foreign policy front since taking office. Giving the public and the world a small taste of what this will mean in terms of practical action, he’s ordered the first military strike of his presidency a mere little over one month after being inaugurated, becoming the third successive US president to bomb Syria.

Noting that the US has now been bombing Syria since 2014 (with a full occupation of a large northeast section of the country to boot), journalist Michael Tracy points out, “These days you don’t truly Become President until you bomb Syria based on questionable intelligence.”

D.C. Hawks, Talmudists, Zionists etc. immediately cheered on Biden’s actions, which as usual didn’t even so much as come with Congressional notification, much less a vote to bomb a sovereign country, as the casualty count rolled in: “The Pentagon spokesman did not mention any casualties, but U.K.-based monitoring group the Syrian Observatory for Human Rights said on Friday that 22 people were killed in the strikes“.

As expected it’s being spun as “defensive” in nature, specifically in ‘retaliation’ for the Feb.15 attack on a US base in Erbil which injured American soldiers and left one international contractor dead. A week ago the White House warned that “a response is coming” yet without saying where or when, and crucially without providing proof of culpability for that prior rock attack on Erbil Air Base in Iraq’s Kurdistan region. It helps to keep in perspective that this “defensive” strike took place thousands of miles away from US soil.

But there’s clearly immense signaling and symbolism behind Biden’s choosing to bomb inside Syria – and not where the Erbil base assault took place – Iraq. It means Biden and the hawks in the national security state aren’t finished with Assad and Syria after their failed years-long covert war of regime change.