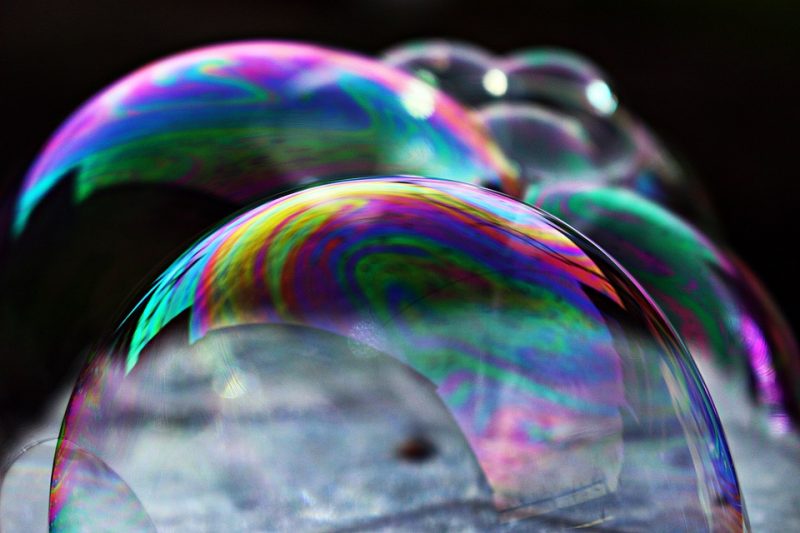 We are less than a month into the Biden administration, and despite a slight down-day for stocks on Tuesday, it is quite clear, according to a slew of commentators, that the Everything Bubble has become more Everything and more Bubble. The Federal Reserve and other global central banks are still pouring their fully operational firepower into the economy, fully aware that little of this flows to productive assets or wages, and most of it to speculation: but when financial/asset speculation IS most of the ‘economy’, that looks like victory to them. Indeed, doesn’t it feel like victory to those who speak Bloombergian? There is more money than ever; a major global airline has decided you don’t have to wear masks in business or first class on long-haul flights; and the luxury Maldives is seeing record hotel occupancy!

Then add in the prospect of USD1.9 trillion in fiscal stimulus on top, a portion of which might even be heading for productive use given reports of a five-year UDS100bn boost on US national science spending – which is defense related at heart (and must surely be accompanied by matching national security actions if so?). China is also doing its quasi-fiscal part, with aggregate financing up CNY5,170bn in January, or USD800bn in one month. That makes concerns over the China Credit Impulse turning down look misplaced – and US fiscal stimulus look moderate. (Somehow this is not negative for CNY in the way it is for USD: thank the huge trade surplus, which new US spending on science is aimed at replicating long term.)

Yes, there are those pesky rising long bond yields that could, like an overlooked reactor vent, be the fatal flaw in the blueprints that blow everything up. Even the ‘widow-maker” trade of shorting JGBs in Japan appears to be fruitful. But let’s overlook that systemic risk, like Darth. After all, central banks can always adopt yield curve control if needed and take away that market function – striking it down and seeing it disappear without shoes or underpants left as reminders.

Of course, if they do that then the Everything Bubble is complete. Price discovery will be a ghost. “Markets” will still exist,…but to make rich people richer and allow central bankers to strut up and down in black making scuba noises into their hand. Both history and the world’s multiple traditions of philosophy show us that such efforts will not end well.

There is also a dilemma here for President Biden, the opposite of his predecessor in not tweeting about the Dow, but hence not mentioning the Everything Bubble either. If there is action taken, then the market collapse would be huge: and how does the US get back to ‘full employment’ if the rich are getting poorer? Yet the longer we wait to see such action, the bigger the Everything Bubble grows, and the bigger the bang when it pops. Can it last four years? If not, the downside will be on his watch, or coincide with the next US election cycle.

Meanwhile, of course, the Everything Bubble makes the political task of fiscal stimulus all the more difficult, not easier. It was already going to be hard to raise US employment and wages significantly. Full employment is going to need payrolls of 500K a month for two years, for example. And higher minimum wages could be at the cost of lower private-sector employment near term – potentially up to 1.4 million fewer jobs, lobby those opposed to it. Indeed, yesterday’s NFIB small business survey also fretted over higher minimum wages, and the sub-index expecting better business conditions ahead was down to the lowest since November 2013.

Yet wage increases will now have to keep track with soaring commodity and asset prices. Where will energy prices be in a few months compared to a few months ago? And food prices? (We get Chinese and US CPI today as a latest snapshot.) And house prices? And mortgage rates – unless we strike down the bond market? In short, even as the Maldives is full of people who flew in on a fully-flat bed without a mask (or a big black helmet), the key ingredients are there for more populism.

On which, the IMF is now warning about not just a lost year, or a lost decade, but a “lost generation” in many emerging markets.