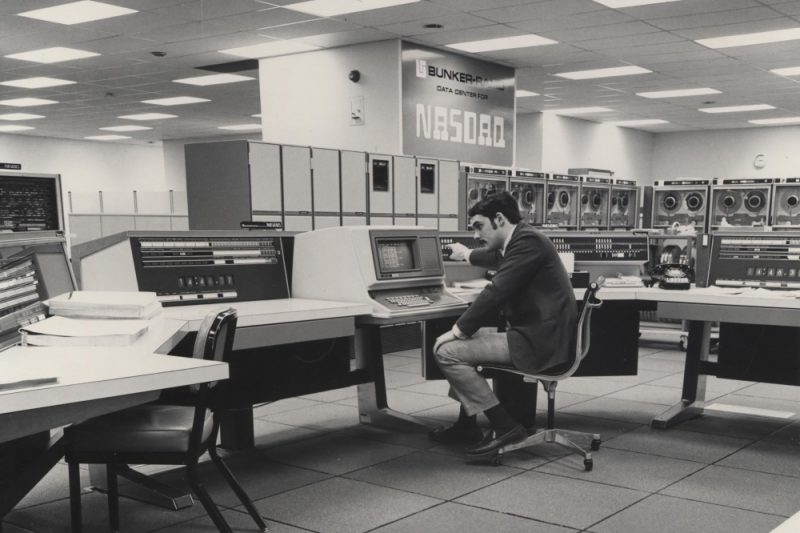 Monday marks the 50th birthday of the Nasdaq stock exchange, the world’s first fully electronic stock market and the second-largest exchange in the world in terms of market capitalization.

Since stepping onto the scene in 1971, exchanges around the world have embraced the Nasdaq’s electronic model, as asset trading becomes ever more technologically sophisticated.

Nasdaq, originally an acronym for National Association of Securities Dealers Automated Quotations, began operations in the US on February 8, 1971. It was created by the National Association of Securities Dealers (NASDA), a regulatory organization that oversaw the management of stock trading in the US from 1939 until 2007, when it became what is now the Financial Industry Regulatory Authority (FINRA).

The new, automated Nasdaq system was to improve upon the trading system that had been in use for nearly a hundred years at the time. Traditionally, exchanges around the globe had required a physical location for stockbrokers to meet in order to negotiate orders for the dealers they represented.

A network of computers, at its outset the Nasdaq could transmit bid and asking prices on over 2,400 stocks to dealers directly in real-time. This eliminated the need for a physical trading floor. It also got rid of the dependence on the “specialist”-based system, by which buying and selling offers were based on expert prices estimations deduced from prices from the day before.

This narrowed the difference between what sellers of a stock were asking for it, and what buyers were offering, known as the bid-ask spread. Assets with low spreads are considered the most liquid as they are the easiest to buy and sell.

Initially functioning as just a price bulletin, the exchange later developed into an automated trading system that facilitated deals over its network. In 1975, Nasdaq began listing companies backed by venture capitalists and allowing the backers to trade, effectively inventing the modern Initial Public Offer (IPO).

The rapid development of the internet in the mid- to late-90s created a bull market for stocks, as investors became increasingly interested in the profit-making potential of internet companies. Having previously branded itself “the stock market for the next hundred years,” in 1996 the Nasdaq became the first exchange to launch a website. In 1998, it became the first exchange to trade online.

Nasdaq’s techy profile made listing there desirable to many internet companies. Investors were also eager to get in on the action and tech companies — particularly those with “.com” or tech lingo like “cyber”, “tech”, or “net” in their name — found it easy to raise capital, even without the revenue figures or business plan to back up the excitement.

Then, the dot-com bubble, as it came to be known, burst. Several leading tech companies, seeking to take advantage of the market high, placed large sell orders, triggering panic selling among investors. Over the next two years, the Nasdaq fell nearly 80% from its peak before bottoming out in 2002.

Not until 2015 did Nasdaq regain all of the value it had lost.

In 2016, the exchange’s chief operating officer, Adena Friedman, was promoted to chief executive, making her the first woman to run a major US stock exchange.

Despite the burst, the Nasdaq remains popular with tech companies to this day. The term Nasdaq can also refer to the Nasdaq Composite, an index of over 3,000 stocks listed on the Nasdaq exchange that includes some of the world’s biggest tech companies, such as Apple, Amazon, Microsoft, Facebook and Tesla.

Today, Nasdaq continues to operate in the US and Europe. Over 70 exchanges in 50 countries use its computerized trading technology.