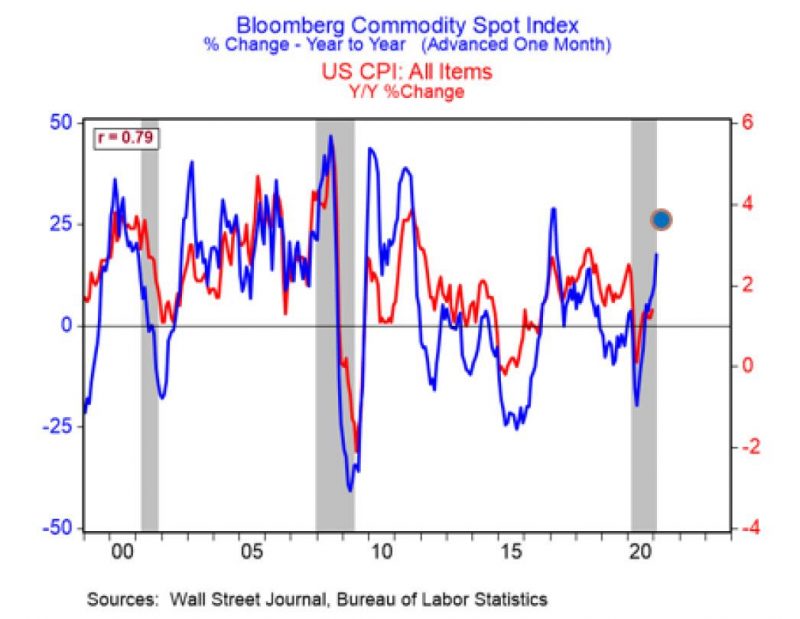 As BMO’s Doug Porter shows, the year-over-year rise in a basket of commodity prices (and they mostly all show a similar pattern) is now a bit above 25%. This is a problem because in the past 20 years, that’s been consistent with headline inflation of just under 4%… or rather, it would be a problem if government headline inflation data actually reflected the reality of prices.

That said, Porter notes some caveats and cautions that some of the biggest misses (where commodities popped and inflation didn’t) were immediately after recessions. That’s because there is still so much slack in the economy that cost increases don’t get fully passed along. (Note especially 2010/11.)

Still, as the BMO strategist concludes, “barring a fast fall in resource prices, it looks like the days of sub-1% inflation are rapidly drawing to a close.“