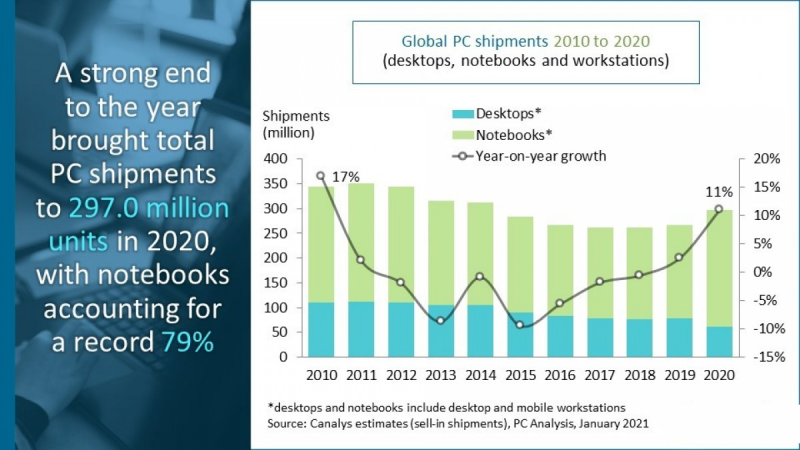 According to the latest IDC analysis, the global PC market grew for a third quarter in a row recording an impressive 13% growth compared to Q3 2020 thanks to the increased demand during the holiday season. But even compared to Q4 2019, the industry marked an impressive 25% growth.

That’s a speedy recovery after the tough Q1 last year. The shipments for the entire 2020 grew 11% reaching 297 million units with notebooks and mobile workstations being the driving factor and accounting for 235.1 million of those. In fact, desktop PC shipments fell 22% to 61.9 million units compared to 2019.

Lenovo is once again the industry leader with 29% YoY growth shipping a total of 72.6 million PCs and accounting for almost a quarter of the whole market – 24.5%. HP takes second place with 67.6 million devices recording a stable 7% growth YoY. Dell, on, the other hand, reached a personal best of 15 million units in Q4 reaching a total of 50.3 million shipments. Fourth and fifth place are occupied by Apple and Acer, respectively, with 22.6 and 20 million devices. 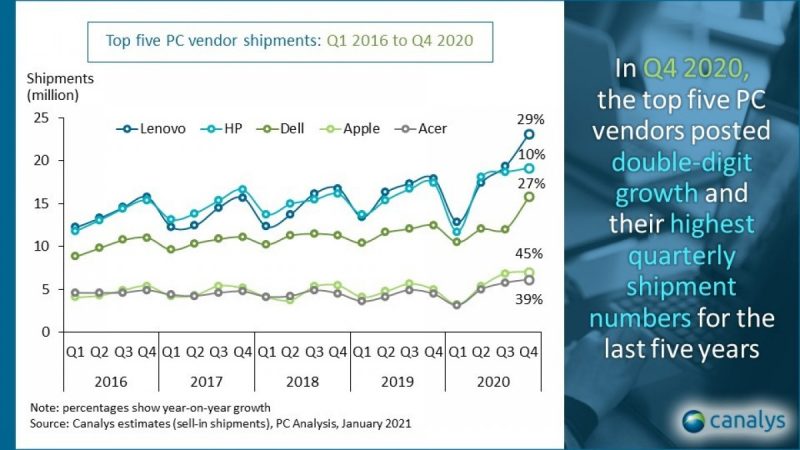