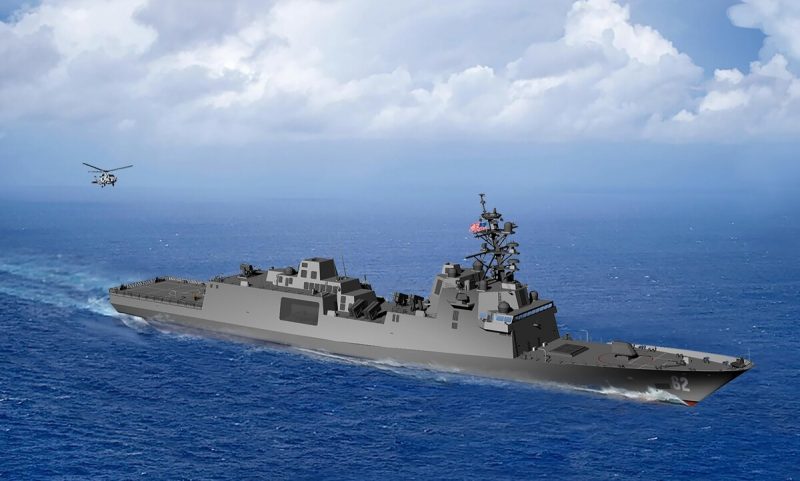 The U.S. Navy’s next-generation frigate, the Constellation class, is a do-or-die effort for the service and a critical test of its return to building ships around existing technologies rather than designing them around technologies in development.

In a roundtable with reporters Friday, Chief of Naval Operations Adm. Michael Gilday said the Constellation class will be the model for how the Navy designs and builds the next class of destroyer, the so-called DDG Next. And for that reason, the Navy has to get it right.

“I can’t afford for FFG(X) to be anything but coming off a world-class production line that produces a ship that we can count on,” Gilday told reporters in comments ahead of the annual Surface Navy Association symposium, using an acronym for the service’s future frigate. “That will also inform how we’re going to design and build DDG Next. Those have to be world-class efforts that deliver on time, on budget, with the right capacity, with the right capabilities that we need.”

The idea behind FFG(X) was to build a best-in-breed ship with all the latest technologies on a smaller platform for less money than it would cost to build a comparable number of Flight III DDGs. The ship will use a scaled-down version of the Flight III’s SPY-6 air and missile defense radar, a generational leap over the SPY-1 radar that makes up most of the surface combatant fleet today. The idea behind DDG Next will be to build a ship around a power source sufficient for electronic warfare and laser weapons of the future, which will place enormous and complicated demands on the ship’s power systems.

The Navy awarded the next-generation frigate to Fincantieri in April 2020, and it will be built at the Marinette Marine shipyard in Wisconsin, where the Lockheed Martin-designed Freedom-class littoral combat ship is being built.