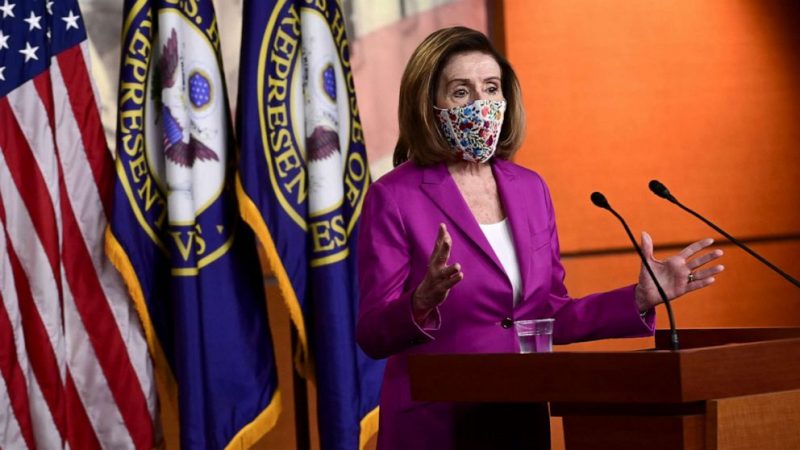 In a letter sent late on Sunday, Nancy Pelosi confirmed that the coming week will be focused entirely on removing Trump out of office, when she informed colleagues that the House will pass a resolution calling on Pence to invoke the 25th amendment. This will be followed by impeachment.

Her full letter below:

On this Sunday, as we pray that God will continue to Bless America, I write to inform you of our next actions, which will be made with the great solemnity that this moment requires.

I want to call to your immediate attention the action to be taken tomorrow morning, when Majority Leader Hoyer will request Unanimous Consent to bring up the Raskin resolution. This resolution calls on the Vice President to convene and mobilize the Cabinet to activate the 25th Amendment to declare the President incapable of executing the duties of his office, after which the Vice President would immediately exercise powers as acting President. The text of the resolution can be found here.

If we do not receive Unanimous Consent, this legislation is planned to be brought up on the Floor the following day. We are calling on the Vice President to respond within 24 hours.

Next, we will proceed with bringing impeachment legislation to the Floor.

In protecting our Constitution and our Democracy, we will act with urgency, because this President represents an imminent threat to both. As the days go by, the horror of the ongoing assault on our democracy perpetrated by this President is intensified and so is the immediate need for action.

I look forward to our Caucus call tomorrow. I am grateful to all Members for the suggestions, observations and input that you have been sending. Your views on the 25th Amendment, 14th Amendment Section 3 and impeachment are valued as we continue. I am answering your communications in chronological order and will do so into the night.

Thank you for your patriotism.

In other words, the second impeachment of Trump will begin on Tuesday if Pence refuses to invoke the 25th amendment, for which Pelosi has given the VP 24 hours.