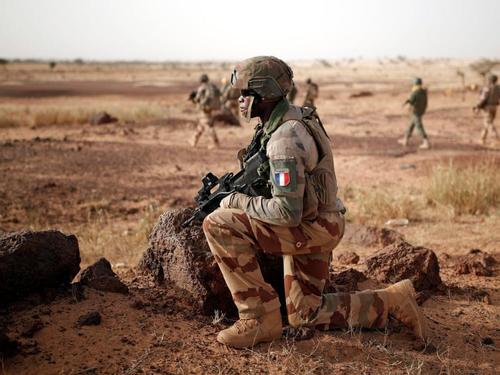 Eight years into France’s campaign in Mali, Paris is looking for an exit strategy and is expected to announce a troop drawdown soon, according to a report from AFP.

“[France] faces tough choices over how to keep pursuing Islamist extremists without becoming bogged down in a potentially unwinnable war.

…Anxious to avoid becoming mired in a long Afghan-style conflict, Paris is preparing to announce a withdrawal of the 600 additional troops it deployed to the Sahel last year.”

There are approximately 5,100 French troops stationed in Africa’s Sahel region. France is preparing to announce the withdrawal of 600 troops soon, and President Emmanuel Macron is considering bringing more home before the next presidential election in Spring 2022.

The news comes at a time of heightened violence in the region. French airstrikes reportedly hit a wedding in central Mali on Sunday. Local sources said up to 20 wedding guests were killed.

Over the past 10 days, five French soldiers have been killed in Mali, bringing the total number of French troops killed in the conflict to 50.

France began its war against Islamist militants in the region in 2013.

French hawks argue a withdrawal from the Sahel is untenable since the al-Qaeda-linked militants are stronger than ever. Paris is also fighting the Islamic State in the Greater Sahara, a branch of ISIS that did not exist in the region before France’s intervention.