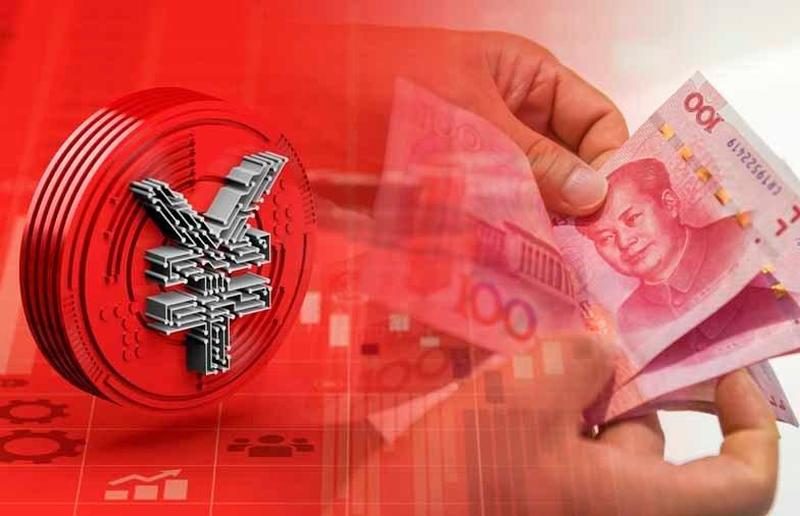 If an official digital yuan was adopted, it would give Beijing a remarkable amount of information about what consumers are spending their money on. Last summer, the Chinese government launched a pilot program for a digital version of the yuan. The virtual currency ups the ante in the war on cash and creates the potential for the government to track and even control consumer spending.

Last week, the digital yuan got a boost when China’s biggest online retailer announced it has developed the first virtual platform to accept the Chinese digital currency.

JD.com will accept the digital yuan as payment for some products in its online mall.

The Chinese government will give away digital yuan to citizens from Suzhou, a city near Shanghai. According to a post on the company website, the city government and the People’s Bank of China will issue 200 digital yuan “red envelopes” to 100,000 consumers selected in a “lucky lottery.”

This is the second such digital lottery run by the Chinese central bank. Earlier this year, the PBOC issued 10 million digital yuan to 50,000 randomly selected consumers in Shenzhen. The Chinese government also distributed digital yuan in the form of transport subsidies paid to individuals in Suzhou.

According to People’s Bank of China Governor Yi Gang, as of November, consumers had spent over 2 billion yuan in digital currency through some 4 million separate transactions.

Reuters called the digital yuan “one of the world’s most advanced ‘central bank digital currency’ initiatives, as authorities globally respond to threats from private currencies such as bitcoin and Facebook’s Libra.”

Proponents of government digital currencies tout their convenience and security. But as Seeking Alpha pointed out, there is a more sinister reason governments are scrambling to develop their own digital fiat.

If an official digital yuan was adopted, it would give Beijing a remarkable amount of information about what consumers are spending their money on.”

The government can easily track digital payments. As Bloomberg put it in an article published when the pilot program was launched, digital currency “offers China’s authorities a degree of control never possible with physical money.” Specifically, a digital currency might allow the Chinese government to more closely monitor mobile app purchases,  accounting for about 16% of the country’s GDP. Bloomberg describes just how much control a digital currency could give Chinese officials.

The PBOC has also indicated that it could put limits on the sizes of some transactions, or even require an appointment to make large ones. Some observers wonder whether payments could be linked to the emerging social-credit system, wherein citizens with exemplary behavior are ‘whitelisted’ for privileges, while those with criminal and other infractions find themselves left out. ‘China’s goal is not to make payments more convenient but to replace cash, so it can keep closer tabs on people than it already does,’ argues Aaron Brown, a crypto investor who writes for Bloomberg Opinion.”

This is part of the broader war on physical cash.

Governments around the world have quietly waged a war on cash for years. Back in 2017, the IMF published a creepy paper offering governments suggestions on how to move toward a cashless society even in the face of strong public opposition. Governments and central bankers claim moving toward a cashless society will help prevent crime and will boost convenience for the average citizen. But the real motivation behind the war on cash is control over you. We got a first-hand look at what happens when governments restrict access to cash when India plunged into a cash crisis after the country’s government enacted a policy of demonetization in November 2016.

It’s easy to shrug off China’s experimentation with digital currency as something going on “over there,” but US policymakers like the idea too. In fact, they have already toyed with the idea of a digital dollar. A Democratic proposal for stimulus payments in the wake of the coronavirus pandemic featured digital currency deposited into digital wallets. Some officials admitted it would potentially allow the government to control how the money was spent.