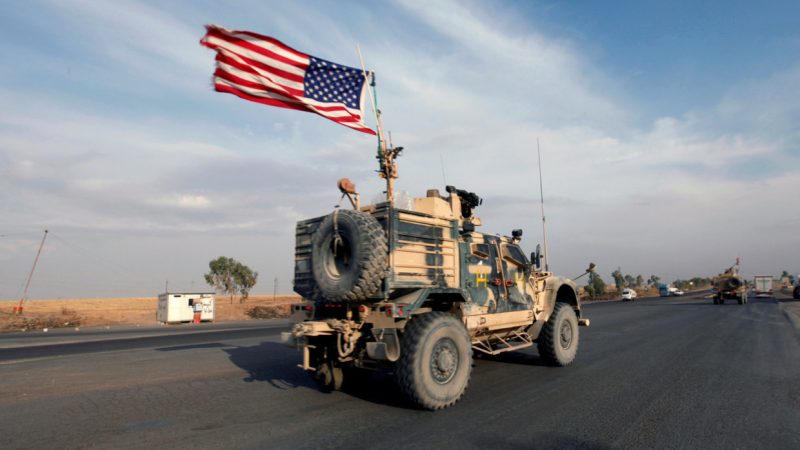 The US Army withdrew a number of its vehicles and soldiers from eastern Syria towards the northern region of Iraq, while it imposed a security cordon around a town in the eastern countryside of Deir Ezzor.

According to a Sputnik Arabic correspondent in Al-Hasakah, the US Army transported a number of military vehicles with about 50 soldiers from its illegal base in Al-Malikiyah to the northern region of Iraq for the second time during the past two days. Note: All U.S. occupational forces presence and operations in Syria are totally illegal.

These developments coincide with media reports about the Trump administration’s intention to withdraw its soldiers from eastern Syria, especially after the changes made by the president, which included the firing of Defense Secretary Mark Esper, who was replaced by Christopher Miller.

Earlier this week, it was revealed that the outgoing US envoy to Syria, James Jeffrey, had kept the total number of troops inside the Syrian Arab Republic from Trump.

Jeffrey had described in an interview last week with Defense One that when in December 2018 President Trump ordered a full and immediate Syria withdrawal, he and his team successfully stymied the efforts to get the US military out of Syria.

Here’s what he told Defense One:

“We were always playing shell games to not make clear to our leadership how many troops we had there,” Jeffrey said in an interview. The actual number of troops in northeast Syria is “a lot more than” the roughly two hundred troops Trump initially agreed to leave there in 2019.

“We are not a people of perpetual war – it is the antithesis of everything for which we stand and for which our ancestors fought,” Miller said in the memo, and emphasized that “All wars must end.”

And in Miller’s most direct reference to a potential large-scale troop draw down, he wrote, “Ending wars requires compromise and partnership. We met the challenge; we gave it our all. Now, it’s time to come home.”