As some act of insanity, ConocoPhillips will buy Permian-focused driller Concho Resources for $9.7 billion, the largest shale deal this year. The low-premium, all-stock deal comes as many U.S. shale companies have been mired in losses due to weak crude prices and, unlike in past downturns, have struggled to raise new capital to restructure heavy debts.

The fifth-largest producer by volume in the Permian, Concho pumps about 319,000 bpd, from wells spread across more than half a million acres. Conoco is a major producer in two other U.S. shale fields, but pumps about 50,000 bpd in the Permian.

“Concho has been on the short list of big Permian companies attracting interest due to its large production, vast acreage and relatively low debt,” said Andrew Dittmar, M&A analyst at consultancy Enverus.

The deal values Concho at $49.30 per share, 1.4% above Friday’s close, and continues a trend of all-stock, low premium combinations, including the WPX Energy-Devon merger and Chevron’s purchase of Noble Energy.

ConocoPhillips said the premium was 15% based on Concho’s price on Oct. 13, before news reports on the deal talks surfaced.

Concho had $3.9 billion in long-term debt at the end of June, and has not posted an annual profit since 2018. Its second-quarter loss was $435 million, wider than a loss of $97 million a year earlier.

The combined company will hold about 23 billion barrels of oil equivalent resources with an average cost of supply of below $30 per barrel of U.S. West Texas Intermediate crude, Conoco said.

Concho shareholders will receive 1.46 shares of ConocoPhillips for each share held. 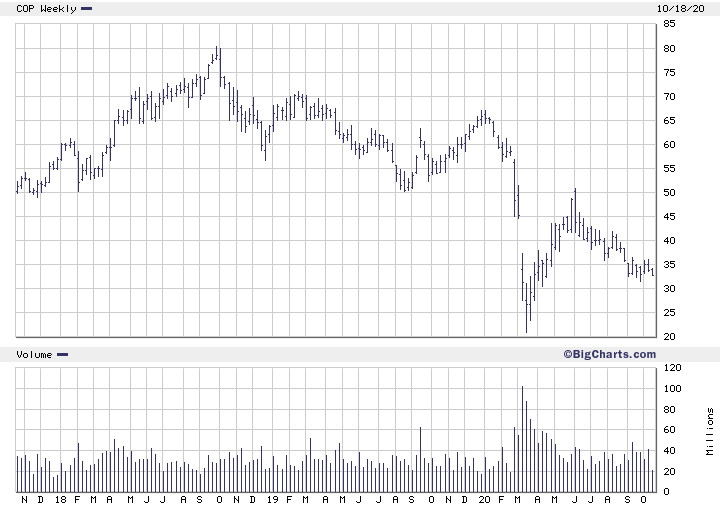 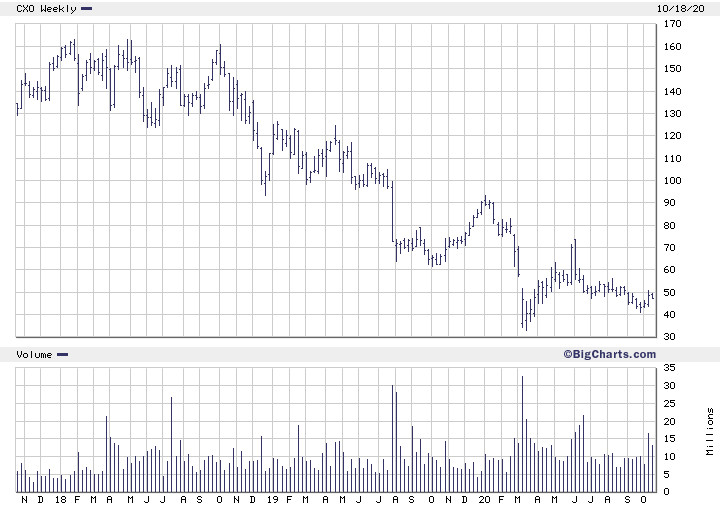