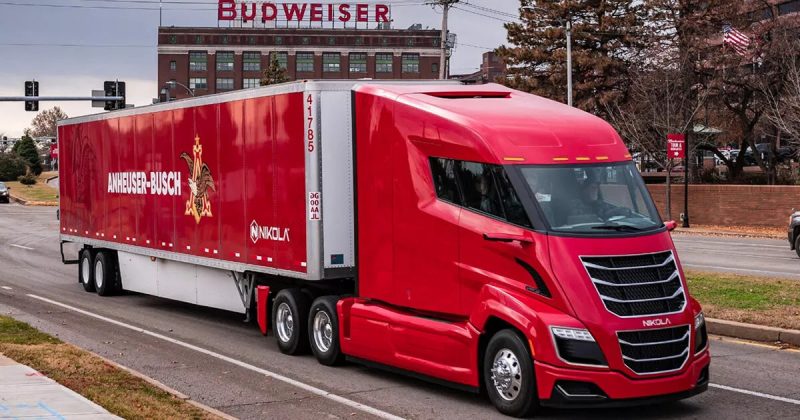 Nikola and General Motors today announced a strategic partnership. Through the deal, GM gets 11% ownership in startup Nikola, and will, in turn, produce Nikola’s wild fuel cell pickup truck by the end of 2022.

Both companies’ shares jumped on the news, with Nikola trading up 45% and GM up 11% in pre-market trading.

The deal nets GM a $2 billion stake in Nikola, one of the hottest vehicle startups. Along with the financial stake, the General gains one seat on Nikola’s board of directors in exchange for in-kind services.

General Motors CEO Mary Barra said that she sees this as another path to deploy GM’s battery and fuel cell systems.

“We are growing our presence in multiple high-volume EV segments while building scale to lower battery and fuel cell costs and increase profitability,” CEO Barra said. “In addition, applying General Motors’ electrified technology solutions to the heavy-duty class of commercial vehicles is another important step in fulfilling our vision of a zero-emissions future.”

For Nikola, this deal nets the startup a significant partner as it moves closer to production. GM will “engineer, validate, homologate, and build the Nikola Badger” electric and fuel cell pickup. General Motors will also take over the manufacturing of the pickup.

Nikola Founder and Executive Chairman Trevor Milton in a released statement. “By joining together, we get access to their validated parts for all of our programs, General Motors’ Ultium battery technology and a multi-billion dollar fuel cell program ready for production. Nikola immediately gets decades of supplier and manufacturing knowledge, validated and tested production-ready EV propulsion, world-class engineering, and investor confidence. Most importantly, General Motors has a vested interest to see Nikola succeed. We made three promises to our stakeholders and have now fulfilled two out of three promises ahead of schedule. What an exciting announcement.”

The deal enables Nikola to hit the market faster by offloading the manufacturing duties to one of the world’s largest vehicle manufacturers. This, in turn, returns value to Nikola’s investors quicker, and with likely less risk. For GM the automaker gains a significant vaporware asset that has serious momentum.