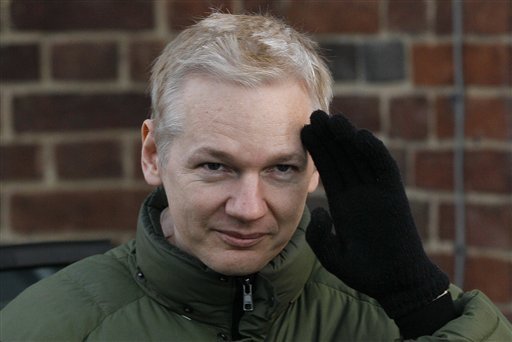 In UK, a trial is underway with journalist Julian Assange, who published US war crimes via platform WikiLeaks.

“Nonsense!” — Julian Assange shouted as during the second day of his resumed extradition hearing US federal government attorney James Lewis told a witness that the WikiLeaks founder is facing extradition over the publication of informants’ names and not for merely handling leaked documents.

Judge Vanessa Baraitser promptly warned Assange, seated in the dock, that any further outbursts could get him removed from court and the hearings could proceed without him.

“If you interrupt proceedings and disrupt a witness who is properly giving their evidence, it is open to me to continue without you in your absence,” Baraitser said. “This is obviously not something I wish to do. I am, therefore, giving you a clear warning.”

The US side is hinging its extradition request argument on its prior claims that WikiLeaks under Assange’s leadership revealed names of sources. These individuals then “disappeared” according to the government’s argument, suggesting Assange actually got US operatives and assets detained or killed in foreign countries.

During the Tuesday proceedings, US wrongdoing was highlighted as well. Reuters reported that:

Stafford Smith, a dual US-UK national, said the leaked information had contributed to court findings that criminal proceedings should be taken against senior U.S. officials.

“I say this more in sadness than anger. I would never have believed that my government would do what it did,” he said. “We are talking about criminal offences of torture, kidnapping, rendition, holding people without trial.”

“Julian Assange and the group he founded, @WikiLeaks, have broken most stories of historic importance than most of the US & UK journalists who hate him *combined.*

Do these journalists despise Assange despite this fact, or because of it?”

The government wants you to believe it’s a criminal enterprise. But here’s a look back at what WikiLeaks exposed:

What WikiLeaks revealed to the world in 2010

Greenwald pointed out that years ago “it was fairly accepted in liberal circles (and media ones) that prosecuting Assange would be a grave threat to press freedom.”

What is strange and mysterious about Julian Assange is the fact that Assange has never published much more terrifying crimes against humanity by the Khazar Armed Entity: Burning alive indigenous Semitic children and women with white phosphorus, 72 years of ongoing ethnic cleansing aimed against the indigenous Semitic population, targeted assassination conducted around the world, etc.