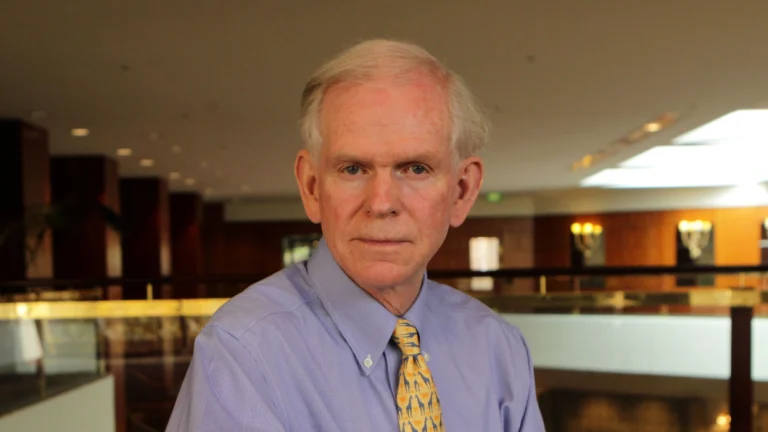 The generally cheerful investing icon Jeremy Grantham unleashed fire and brimstone, taking his $7.5 Billion portfolio to a net short position for the first time since the Global financial crisis, and summarizing his dire assessment of the current unprecedented situation simply by saying “this will end badly.”

Doubling down on his apocalyptic message, the one-time value investing guru told CNBC that the US stock market is in a unprecedented bubble and investing in it is “simply playing with fire.”

“I have been completely amazed,” the veteran bearish investor said in an interview Wednesday on CNBC. “It is a rally without precedent – the fastest in this time ever and the only one in the history books that takes place against a background of undeniable economic problems.”

His advice to an entire generation of young daytraders jumping into the market now should sell U.S. stocks, buy emerging market equities and “throw the key away” for a few years, he said, adding “this is becoming the fourth real McCoy bubble of my career.”

He also had some bad news for those fighting the Fed: “The great bubbles can go on for a long time and inflict a lot of pain.” The previous three bubbles Grantham referred to were Japan in 1989, the tech bubble in 2000 and the housing crisis of 2008.

Commenting on the insanity in Hertz, which today was mercifully stopped by the SEC before even more young Robinhood traders would take their lives – like Alexander E. Kearns, facing a $730,000 negative cash balance – Grantham said events like firms trying to sell stock in bankrupt companies should make “any bear feel better.”

Refusing to buy the V-shaped recovery narrative, Grantham also said that it’s difficult to imagine when the broad economy will completely recover from the effects of the pandemic.

Where does Grantham’s unprecedented bearishness come from? Simple: as he wrote in his latest investor letter, which we recapped last week, “the market and the economy have never been more disconnected” and while “the current P/E on the U.S. market is in the top 10% of its history… the U.S. economy in contrast is in its worst 10%, perhaps even the worst 1%…. This is apparently one of the most impressive mismatches in history.”

As a result of this total loss of coherence driven by trillions in central bank liquidity that have propelled a massive wedge between fundamentals and stock prices, GMO, the Boston fund manager Mr Grantham co-founded in 1977, cut its net exposure to global equities in its biggest fund from 55% to just 25%, near the lowest levels it reported during the global financial crisis, according to a separate update from GMO’s head of asset allocation, Ben Inker.