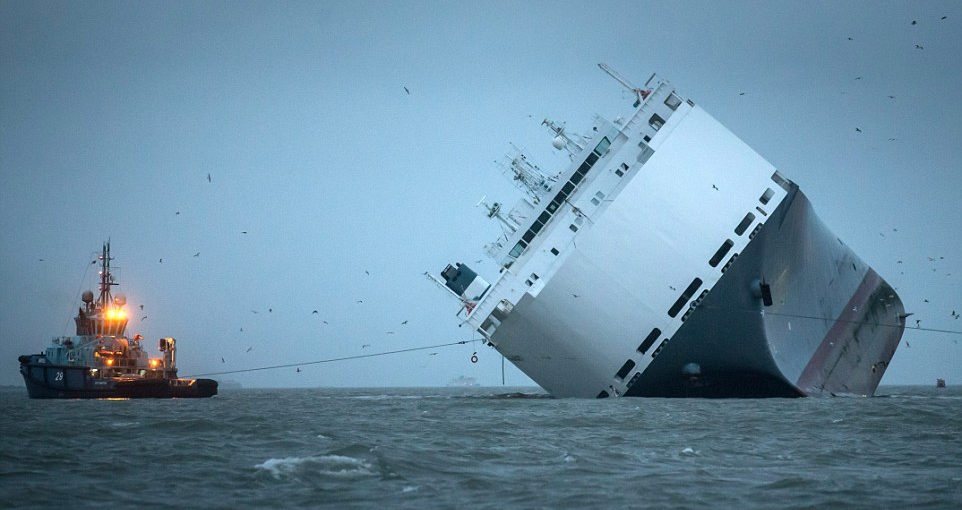 The pandemic and ensuing lockdowns across the world have led to a recession, if not depression, unseen since the 1930s. It has resulted in unprecedented job loss and economic declines in both developed and emerging economies.

Central bankers have spent the last several months flooding global markets with liquidity, lowering rates to the zero lower bound, and unleashing massive bond-buying programs, a bid to arrest declines in asset prices. No matter what the Neel Kashkaris of the central banking world do – their attempts to flood markets with liquidity will likely fail to engineer a V-shaped recovery in world trade (though they have certainly engineered a V-shaped recovery in stocks).

Research firm Inchcape Shipping Services is reporting just that, as the path to recovery for world trade will not resemble a classic “V” and be much slower than previously thought.

“There’s going to be a much slower recovery than has previously been envisaged because demand won’t rebound instantly,” said Crookall.

Crookall said the supply-side story in Asia has yet to be revived because the demand story in Europe and North America is offline. Without Western demand, reviving Asian factories will not be possible; thus, world trade won’t rebound.

Inchcape’s most optimistic 2020 scenario for business activity in the global economy (a proxy for physical world trade) is one that will drop 10% YoY.

Another shipping firm, Arrow Shipbroking, said overall trade volumes would plunge by 10-12% YoY, in line with what Inchcape’s estimate says.

Burak Cetinok, head of research at Arrow Shipbroking, said container shipping has plunged due to waning consumer demand in the West. He said dry cargo and tankers had been less affected because those vessels were used as floating storage.

“It seems that the worst is behind us with improvement in Asian demand and the western world slowly coming back to life,” said Cetinok, adding that collapsed consumer demand for energy products has left markets oversupplied.

He said with high unemployment in Western countries, demand for products, many of which are made in Asia, will be much less and result in depressed trade flows.

As for an actual shipper, A.P. Moller-Maersk A/S, the world’s largest container line, warned last month that world trade would continue to falter with volumes declining by at least a quarter in 2Q20.

The World Trade Organization (WTO) published its Goods Trade Barometer in late May, which suggested a sharp contraction in world trade will extend through 2Q.

BofA’s latest Fund Manager Survey, which polled 223 participants with $651 billion in AUM, showed the vast majority of financial professionals remain incredibly bearish on the global economy. Respondents do not expect global manufacturing PMI to rise back above 50 until 4Q20. 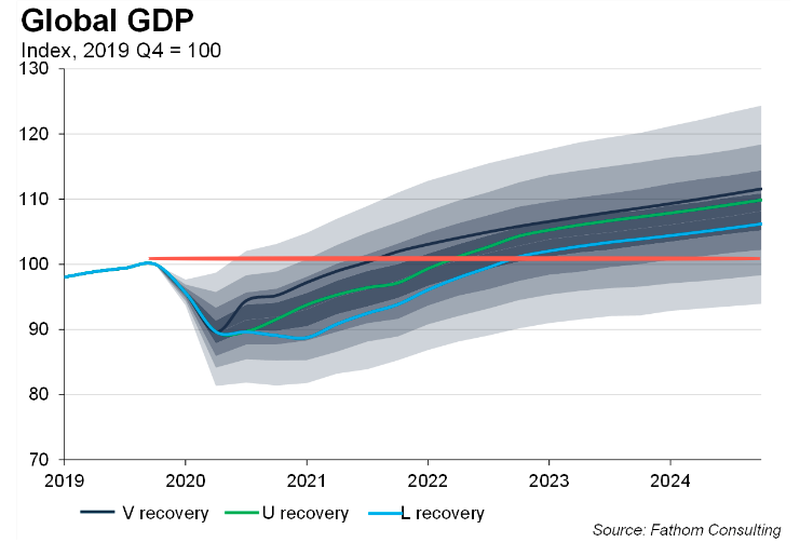 Baltic Dry Index provides a glimpse into the status of world trade — so far, world trade is stagnate — though equity markets are soaring as if there was a recovery. 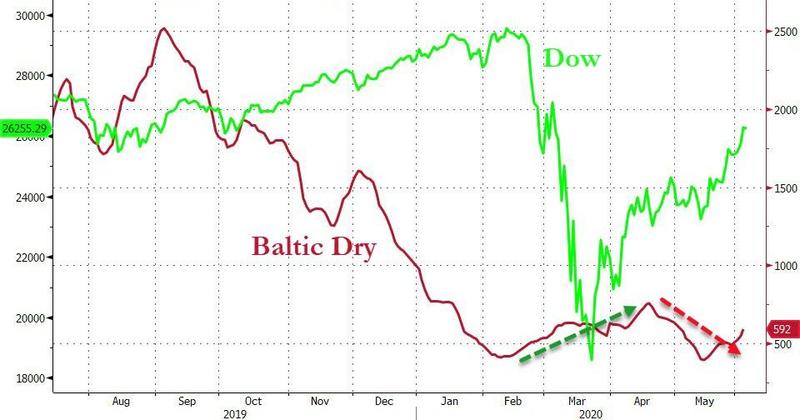 Bonds are not buying the phony V-shaped recovery narrative of an economic rebound. 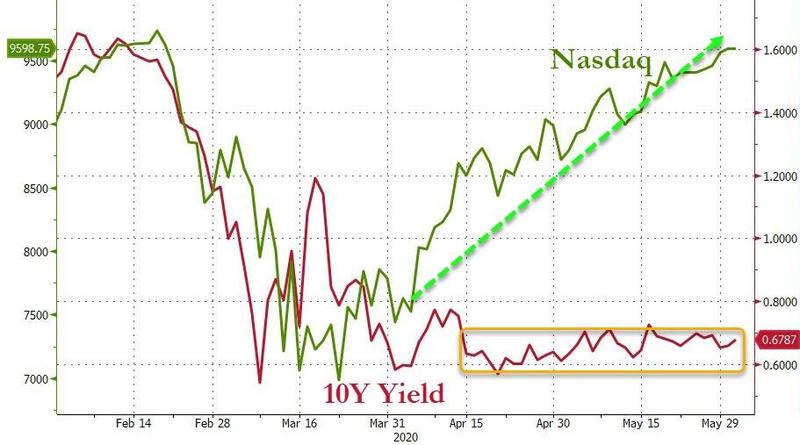