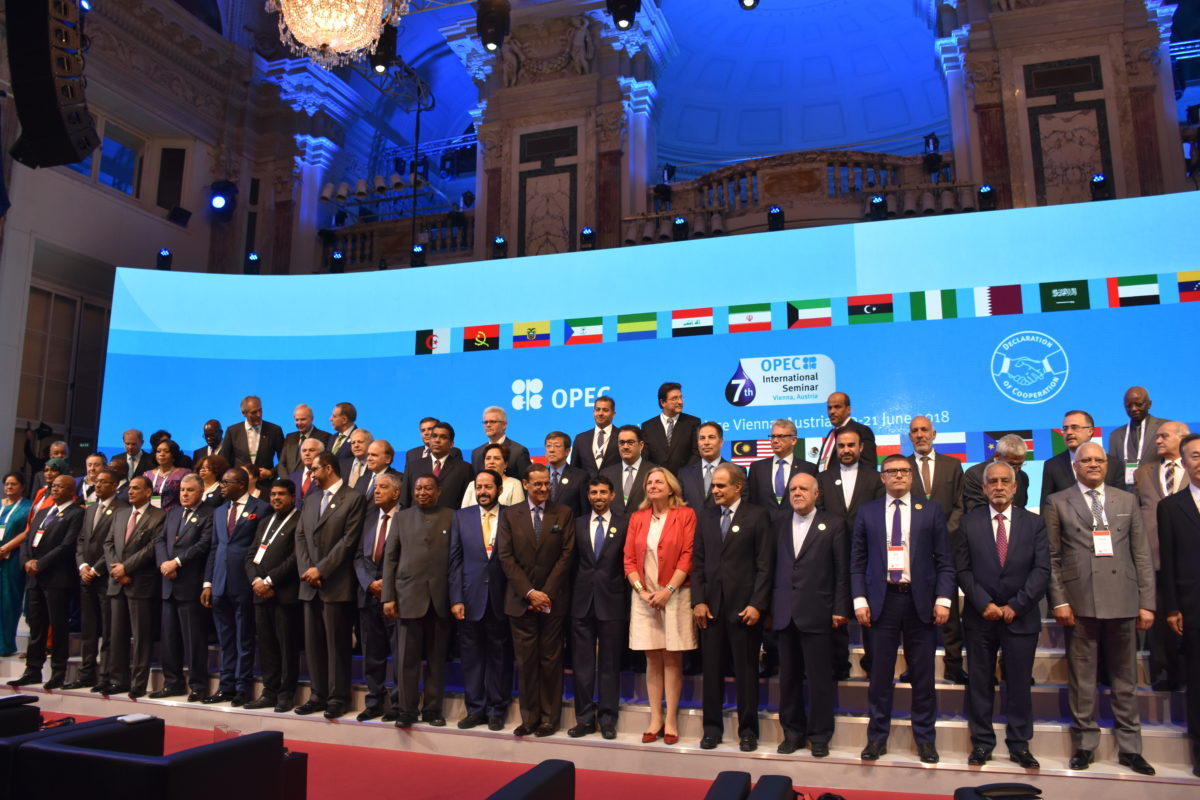 OPEC+ is set to bring forward its meeting to Thursday, with a short extension of the current production cuts as the most likely outcome. Originally scheduled to take place on June 9, OPEC is now looking at moving it up to June 4. The latest reports suggest that the idea would be to extend the current output restrictions for one to three months. As it stands, without an extension the extraordinary cuts agreed upon in April – 9.7 million barrels per day (mb/d) – will expire at the end of June.

But nothing has been decided yet and there are conflicting signals over how unified the OPEC+ parties are on an extension. Saudi Arabia reportedly wants to extend the cuts until the end of the year, while Russia has characteristically shown reluctance. “It’s for a month or two, not for half a year,” a Russian oil source told Reuters, referring to the option under discussion.

The historic cuts have succeeded in pulling the oil market out from utter chaos. Oil prices have rallied from negative territory in April to more solidly in the $30s. The rapid shut in of shale production in the U.S. has also contributed to the balancing of the market. U.S. production is off by at least 1.6 mb/d, a reduction of more than 12 percent in just over two months.

An extension would prevent another steep meltdown, although it’s not clear that it would do much to boost oil prices from current levels. “The fact that crude…prices have not reacted much to the news of the potential cut extension can be seen as a sign that the market has already priced in a lot of optimism,” JBC Energy analysts said in a note.

Russia may not want to extend beyond another month or two, which raises questions about what will occur later this year. At some point, there will be pressure to begin unwinding the production cuts. More than a few analysts have said that oil prices rising to $40 per barrel may kick off a new price war.

For now, though, the urgency to prevent a sharp decline in oil prices is a strong motivating factor in forging an extension.

At the same time, there are mixed signals in both the oil market and broader economic conditions. Demand has come off of the lows in April, but are far from a 100 percent rebound. Crude stocks actually increased last week, and U.S. gasoline demand remains about 2 mb/d below pre-pandemic levels.

Global economic indicators are also throwing up mixed signs. Emerging market currencies have strengthened as investors continue to gain confidence in a rebound. Manufacturing activity in the U.S., Europe and Asia have also climbed back a bit. “Global growth isn’t going to be nearly where it was in 2017, but some pieces of the puzzle are slowly falling into place,” Chris Turner, head of foreign-exchange strategy at ING Bank, told the WSJ.

However, as is the case with oil, all the indicators remain sharply below pre-pandemic levels. For instance, the U.S. Institute for Supply Management’s manufacturing index for May increased to 43.1, up from 41.5 in April. While that is an improvement, it is a horrific number by any measure. A reading below 50 on the index signals contraction.

U.S.-China tension also looms as another threat. Last Friday, President Trump said that the U.S. would end its “special relationship” status with Hong Kong, in response to Beijing’s decision to seize new power over Hong Kong. On Monday, China ordered state-run companies to cut back on purchases of American farm goods. The deteriorating trade relationship is yet another point of concern for the global economy.

Faced with such headwinds and so much uncertainty, there is much more risk for OPEC+ in unwinding the cuts than to agree to an extension.