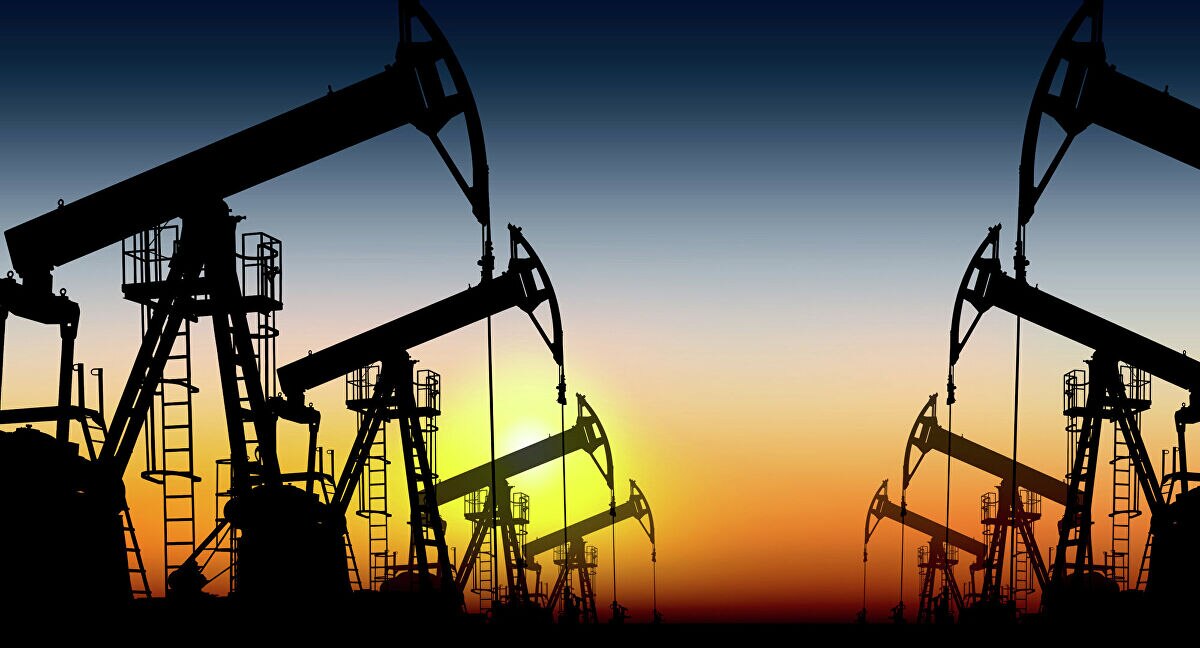 When GS’s crude oil analysts turned apocalyptic last month, writing that “This Is The Largest Economic Shock Of Our Lifetimes”, they echoed something we said previously namely that the record surge in excess oil output amounting to a mindblowing 20 million barrels daily or roughly 20% of the daily market. 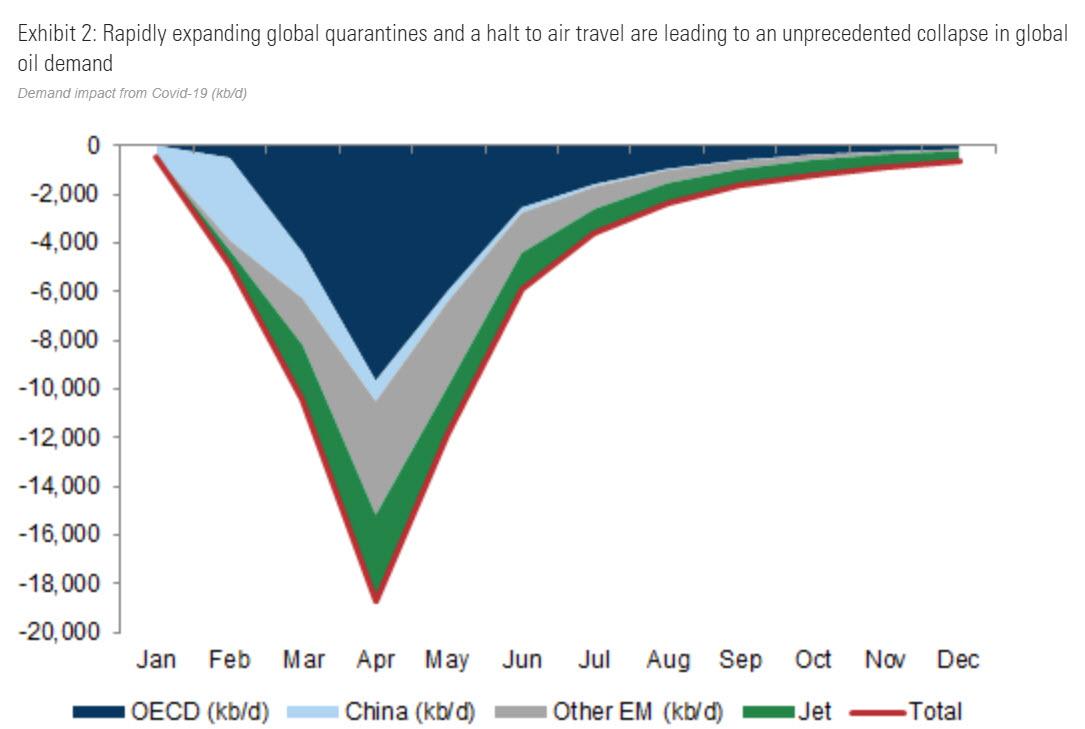 The result of the historic crash in oil demand (estimated by Trafigura at 36mmb/d) which is so massive it steamrolled over last week’s OPEC+ 9.7mmb/d production cut, could send the price of landlocked crude oil negative: “this shock is extremely negative for oil prices and is sending landlocked crude prices into negative territory.”

Crash has resulted in selected Canadian crude oil prices now officially turning negative with Canada’s Edmonton C5 Condensate deep in the red. In other words, landlocked Canadian oil producers – who don’t have easy access to expandable tanker storage – are now paying their customers to take the oil off their hands! 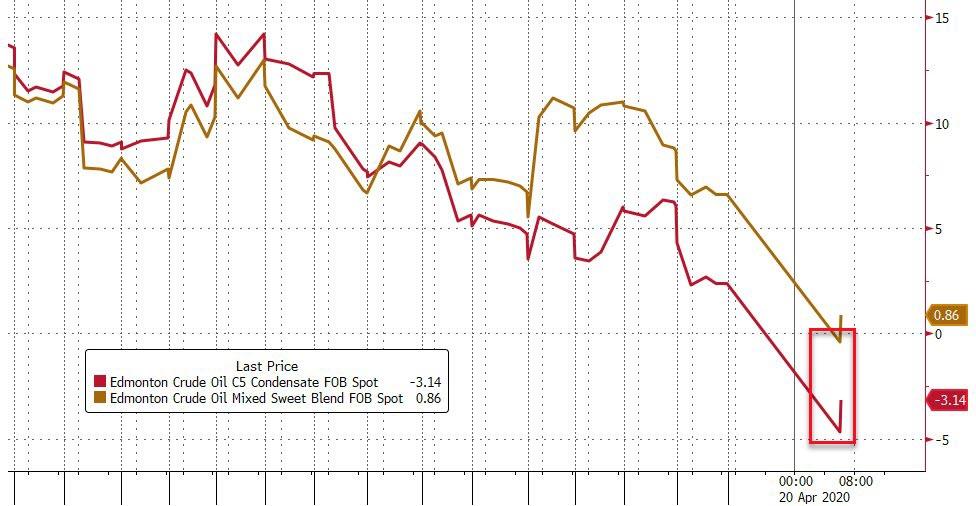 It shows the real demand and how much storage capacity there is for actual physical oil (virtually none), as opposed to speculating on future oil prices and hopes for a recovery, which however with every passing month will get dragged to the catastrophic spot (current-month) price.

The front-month WTI crude contract crashed by 37 percent early on Monday as the May contract expires on Tuesday and the market fears there is not much storage left in the United States amid collapsing demand in the coronavirus pandemic.

The U.S. oil prices are now at their lowest levels since early 1999. Analysts warn that investors and speculators have already moved to the June contract with the May contract expiring on Tuesday, but they are also cautioning that the weakness in the May contract is indicative of the shrinking storage across the U.S. threatening to be filled up within weeks.

“The expiring contract is now mostly in the hands of physical oil traders and the behavior of the contract confirms what we already feared: That the U.S. is running out of storage at Cushing, Oklahoma, the delivery hub for WTI crude oil futures traded in New York,” said Ole Hansen, Head of Commodity Strategy at Saxo Bank.

“Speculators having bought the June contract now risks that it could get pulled lower over the coming weeks towards where the May is currently trading. Only a major change in the fundamental outlook through lower production, due to producers being forced out of business or leave wells idle, or improved demand for fuel can prevent,” Hansen noted.

The new OPEC+ production cut deal is not expected to alleviate the glut in the coming weeks, as global demand is falling by 30 million bpd these days—down 30 percent from the typical consumption of oil in the world.