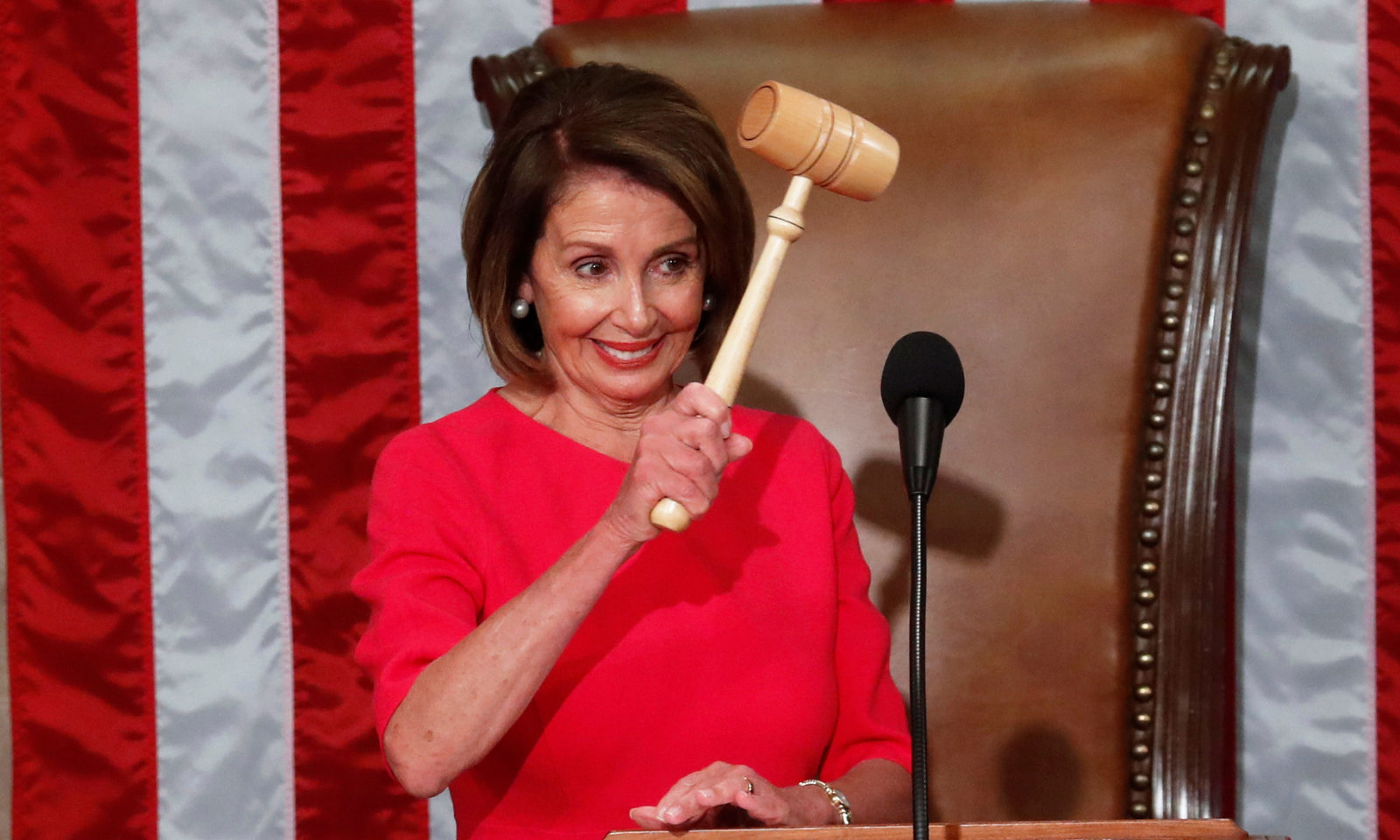 The $2.5 Trillion economic stimulus plan unveiled by House Speaker Nancy Pelosi (and which is ‘on the 5 yard line’ according to Senate Majority Leader Mitch McConnell) will have significant implications for the financial sector – forcing lenders to grant reprieves from mortgage, car, and credit card payments.

The bill would also order the Federal Reserve to provide loan servicers with enough liquidity to allow borrowers to stop paying their mortgages for up to 360 days, according to Bloomberg, which adds that “Public housing residents would get a temporary reprieve from paying rent, and student loan borrowers would have $10,000 of debt forgiven.”

In addition, negative consumer credit would be halted and foreclosures and evictions would be illegal.

There are currently no plans for House members to return to Washington to vote on the bill, and the proposal appears to be a list of demands Democrats want to see included in the Senate bill. Treasury Secretary Steven Mnuchin and Senate Democratic leader Chuck Schumer spent much of Monday negotiating behind closed doors on the Senate proposal, initially introduced last week.

“Secretary Mnuchin just left my office,” Schumer said on the Senate floor shortly after House Democrats introduced their bill. “We are going to work on into the night.”

The GOP controlled Senate is caving to Democrats’ demands amid a 47:47 deadlock, as five GOP Senators are absent due to the illnes – including Sen. Rand Paul (R-KY), who has contracted the disease, and four others who are in self-isolation due to exposure.

On Monday, Democrats blocked a second attempt at a procedural vote on a $1.8 trillion Republican plan, arguing that its loan program for companies is corporate welfare that lacks transparency and oversight.

Democrats, on the other hand, have set aside massive funds for NASA, NOAA, $35 million to keep the JFK Performing Arts Center running, and other wish-list items that have nothing do do with coronavirus.

The House bill would require any corporations receiving federal assistance to restrict executive pay, eliminate golden parachutes for departing executives, halt stock buybacks and dividends, and pay a $15 minimum wage while maintaining their workforce and any union agreements.

Anyone with a Social Security number – including unemployed individuals and retirees, would receive $1,500 vs. $1,200 in the Senate GOP bill.

That said, households with income over $150,000 for joint filers, $112,500 for head of household, and $75,000 for a single filer would be required to pay the money back over three years in what would amount to a zero-interest loan.

Both bills will boost unemployment checks to $600 week, as well as expand who qualifies for it, according to Bloomberg.

In addition, the legislation would authorize the Federal Reserve to purchase local and state government bonds to fight the pandemic. Schools and universities would receive $60 billion under the House bill.

Meanwhile, Cuomo Slams Trump, Insists “We Won’t Sacrifice 1-2% Of Our Population To Save The Economy”.