India’s economy is rapidly decelerating and could be headed for a financial crisis.

As an emergency response to plunging growth rates and falling energy consumption, along with a manufacturing hub grinding to a halt, the government has just announced a massive $40 billion fiscal injection in its budget for 2020/21 to prevent a hard landing, reported Reuters.

Emergency fiscal measures by government are typically for an economy that is in a recession or certainly headed towards one.

However, India isn’t in a recession, but growth rates are rapidly decelerating and now being referred to as “great slowdown.”

“Look at electricity generation growth, it’s falling off the bottom, and it’s never been like this ever. So this is the sense in which I would say this is not just any slowdown, this is the great slowdown that India is experiencing and we should look at it with all seriousness …and the economy seems headed for the intensive care unit,” former Indian Chief Economic Adviser Arvind Subramanian warned last month.

Economic growth in the country is expected to fall under the 5-handle this year, will be the weakest since the global financial crisis in 2008-09. 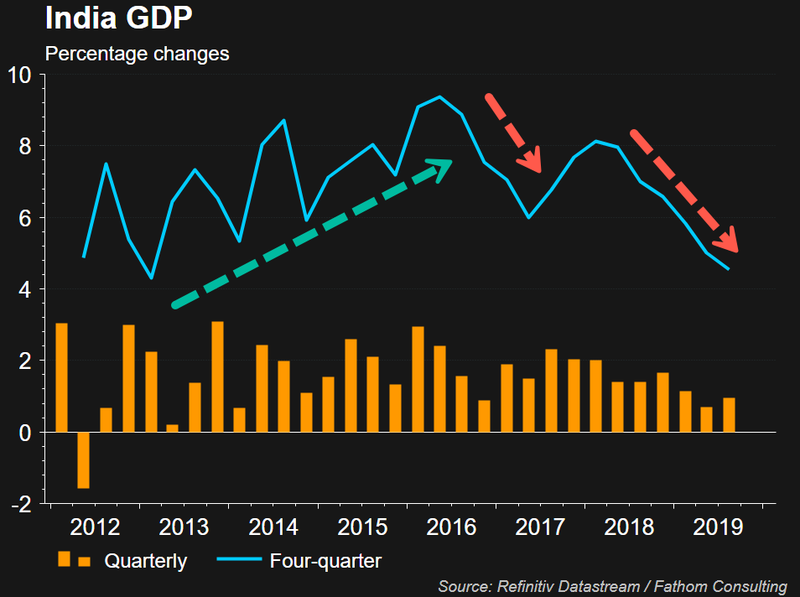 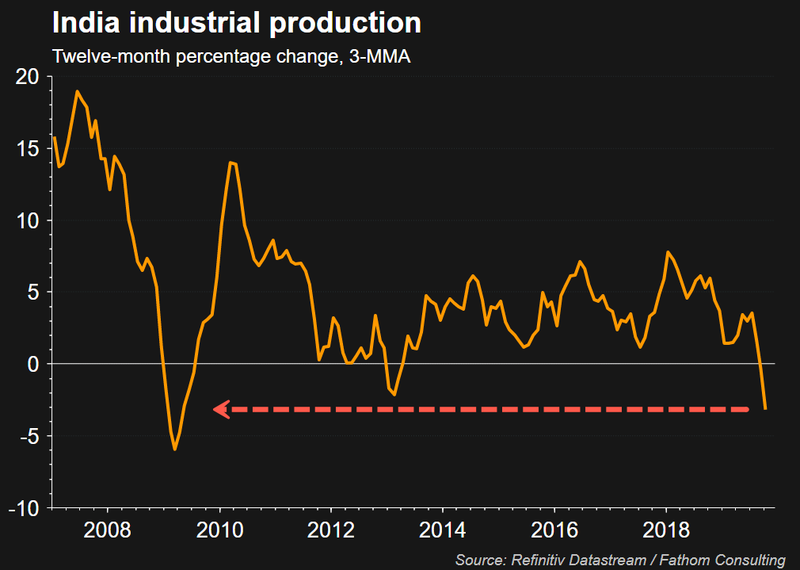 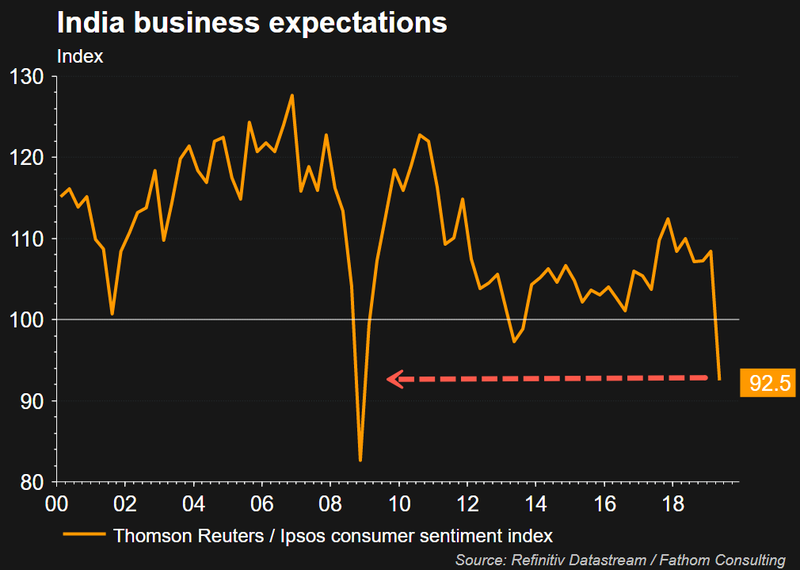 Subramanian also warned that as the economy stalls, corporate debt and increasing non-performing assets could produce shocks in the country’s banking sector that may lead to slower growth rates in credit, thus slowing the economy even further.

Sitharaman also said the government would spend $50.65 billion on federal water projects that provide more freshwater access to the population.

She said the increased deficit spending could pressure public finances and lead to a deficit that would widen to 3.8% of GDP, up from 3.3% from earlier estimates for the current year.

January 31, 2020, Prime Minister Narendra Modi rode the wave of fake GDP data from 2014 through 2017, but growth has since collapsed; he has since been heavily criticized for a slumping economy by national media

And what does this mean for Indian NIFTY 50 futures, well, possibly a correction from the 16.5% run-up from August.