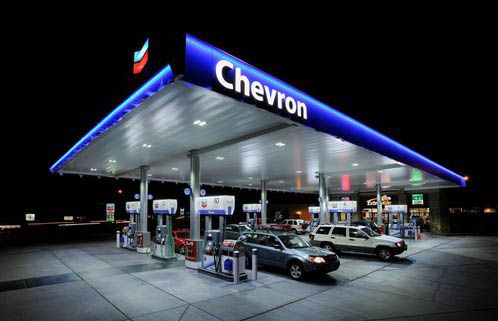 The San Ramon, California-based oil giant lost $6.6 billion, or $3.51 a share, in the three months through December as revenue fell 14 percent to $36.3 billion. Adjusted earnings of $1.49 a share topped the $1.43 that analysts surveyed by Refinitiv were expecting.

“Cash flow from operations remained strong in 2019, allowing the company to deliver on all our financial priorities,” Chevron CEO Michael Wirth said in a statement. Those included paying $9 billion in dividends and buying back $4 billion of company shares, which typically drives up value for remaining stockholders.

Chevron’s  U.S. units extracting crude and natural gas from the environment lost $7.5 billion in the fourth quarter, the result of an $8.2 billion impairment charge mostly tied to its Appalachia shale and Big Foot assets. Lower crude oil and natural gas prices also had an impact, but were partially offset by higher production. Output from the Permian Basin, the largest U.S. oil field, jumped 36 percent from a year ago.

Meanwhile, the company’s international raw materials business booked a $731 million profit, down 68.6 percent from a year ago, after taking a $2.2 billion charge related to its Kitimat LNG and other gas projects. The unit was boosted by the $1.2 billion sale of U.K. North Sea assets.

The U.S. refining business earned $488 million, up 90.6 percent year-over-year, helped by higher margins on product sales and lower operating expenses. Profit at the international business fell 70 percent from the previous year to $184 million.