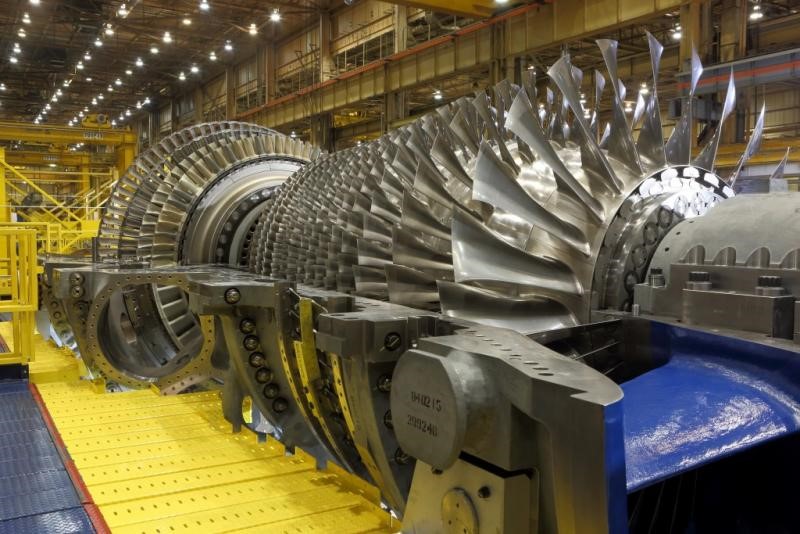 General Electric (ticker: GE) shares fell as a report said the industrial giant plans to explore a sale of its steam-turbine power business.

In an initial step, the news service reported, GE will spend the next few months fielding potential interest from other companies and investors in its steam-turbine business, and it ultimately may decide to keep the unit.

GE picked up its steam-turbine business in 2015 from Alstom, looking to boost its ability to supply power companies with so-called combined-cycle plants that generate electricity with gas and steam turbines.

That deal did not pan out as planned, with GE ultimately taking a $22 billion charge in 2018.

The industrial manufacturer has also been hit with an overall decline in demand from power companies for turbines and other equipment needed to build new plants. Those orders fell 30% in the fourth quarter.

News that might ordinarily cheer investors ran into the buzz saw of a larger market drop. GE shares at last check were off 2.4% at $12.64. The S&P 500 was down about 0.4%. The major market indices on Thursday declined amid rising concern over how much the coronavirus would hurt the global economy.

The drop in General Electric’s stock price comes a day after the shares shot up 10%. On Wednesday the company reported fourth-quarter earnings and revenue that beat analyst expectations.

Analysts at Bank of America boosted their rating on GE to buy, while Stephen Tusa of J.P. Morgan declined to raise his underweight rating on the stock.

Note: This decade is the end road for big steam turbines for power stations