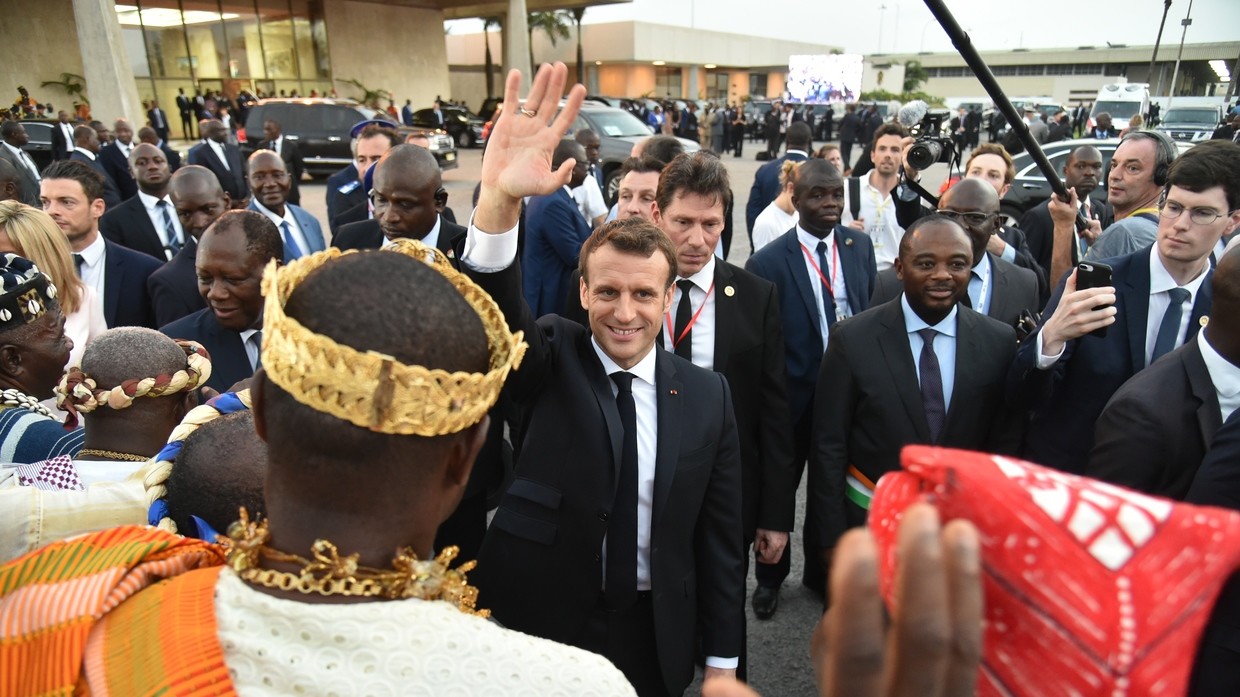 Emmanuel Macron delved into his country’s imperial past, saying France’s territorial conquests were a mistake that should be fixed – including by welcoming African countries reforming the colonial-era franc.

France was often viewed as having a “hegemonic view and the trappings of colonialism, which was a grave mistake and a fault of the Republic,” Macron proclaimed as he toured Ivory Coast (Cote d’Ivoire), once a French colony and now the world’s leading cocoa producer.

The French President said he, like many young Ivoirians, comes from a generation that had “never known colonialism,” which allows for “turning the page” on the past and building “a new partnership of friendship with France.”

Macron’s visit to Africa comes as eight countries, all members of the Economic Community of West African States, are reforming the CFA franc to ensure a common currency for the whole 15-country bloc.
The CFA franc, also known as Franc of the Financial Community of Africa (originally called Franc of the French Colonies in Africa), is a post-WWII currency used in eight countries. It was tied first to the French franc and then the euro.

The new currency, called ECO, will spell the end of France’s colonial legacy – there will no longer be a French official in its decision-making bodies. But the currency will remain linked to the euro.

Macron had made similar references to France’s past even before the start of his presidency. Back in 2017, he triggered a firestorm by calling the French conquest of Algeria “a crime against humanity.” France has to apologize to those who had fallen victim to these “truly barbarous” acts, he said at the time.

However, his subsequent endeavors in former French colonies were seemingly less progressive.

In July 2017, Macron sparked a social media stir after claiming Africa had “civilizational” problems, adding that even “billions of euros” would not help “countries still having seven to eight children per woman.”

Later, in November 2017, he even told students in Burkina Faso that “sometimes you talk to me like I’m still a colonial power.”

The remark didn’t sit well with Burkina Faso’s president, who left the room without letting Macron finish his speech.