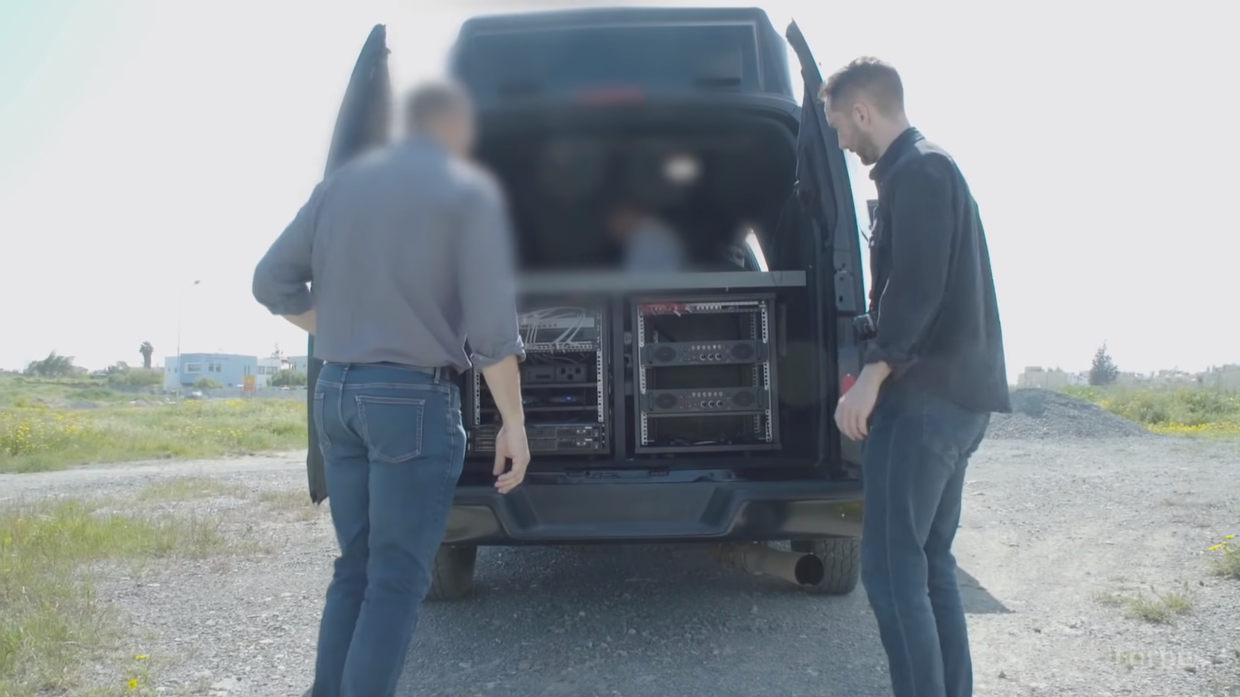 Cypriot police are deepening their probe into a high-tech ‘spy van’ spotted on the island, owned by an Israeli surveillance firm and capable of hacking into any smartphone from a kilometer away. Its exact purpose remains unknown.
The mysterious vehicle first piqued curiosity after it featured in a Forbes report showing off its sophisticated surveillance set up, raising questions about how the gear was being used.

Owned by WiSpear, an Israeli spy firm registered in Cyprus, the high-tech van contains some $9 million of snooping gear which can breach virtually any smartphone application – including WhatsApp and Facebook messages, texts, calls and contacts – according to WiSpear founder Tal Dillian.

A 24-year veteran of Israel’s military spy service, Dillian bragged about his company making “a lot of money” from the widening gap between spying technology and encryption, adding that he expected more cash to roll in as governments struggle to find “back doors” to digital messaging apps.

A probe launched earlier this month into whether the van violated any privacy laws was widened on Thursday, when Attorney General Costas Clerides announced that he would appoint an independent investigator to the case, which continues to perplex authorities.

After a search of WiSpear’s headquarters in the city of Larnaca earlier in November, the van was seized and remains in police custody, though it is still unclear whether any additional evidence has turned up.

President Nicos Anastasiades said he would “never tolerate” breaches of any citizen’s privacy after a meeting last week on the matter with the country’s justice minister, chief of police and the head of the hard-left AKEL party, which first raised concerns about the vehicle.

WiSpear has denied any wrongdoing and insists the van was not used for spying purposes, nor rented out to any third party, arguing that the firm is the victim of a “witch hunt.”

“We would like to restate that the car has not been active within Cypriot territory other than for demo and field-test purposes only, solely on company-owned devices,” the company said in a statement last week.

Note: A number of Israeli companies use cover by setting up shell companies in Cyprus or Switzerland. Purpose of this tactic is hide their Israeli origin as more and more people around the world now understand genocidal and ethnic cleansing nature of Zionist regime.

As WhatsApp is En-to-end encrypted app, there is higher probability that mentioned spy equipment is bypassing end-to-end encryption by cracking phone via Android OS.