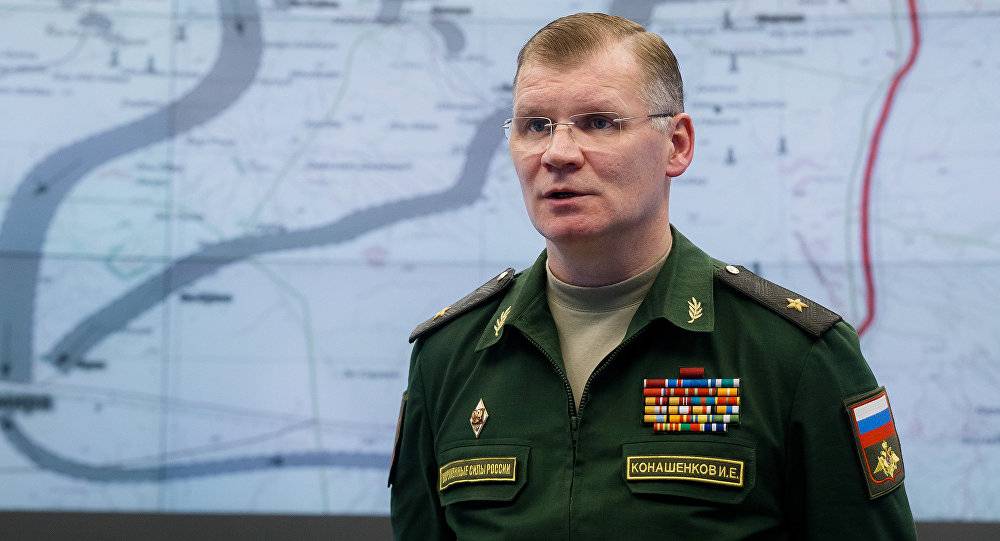 According to the ministry, the photos confirm that “Syrian oil, both before and after the routing defeat of the Islamic State terrorists in land beyond the Euphrates river, under the reliable protection by US military servicemen, oil was actively being extracted and then the fuel trucks were massively being sent for processing outside of Syria.”

Here, in a picture of the Daman oil gathering station (42 kilometers east of the Deir-ez-Zor province), taken on August 23, a large amount of trucks were spotted. “There were 90 automotive vehicles, including 23 fuel trucks,” the caption to the image said. 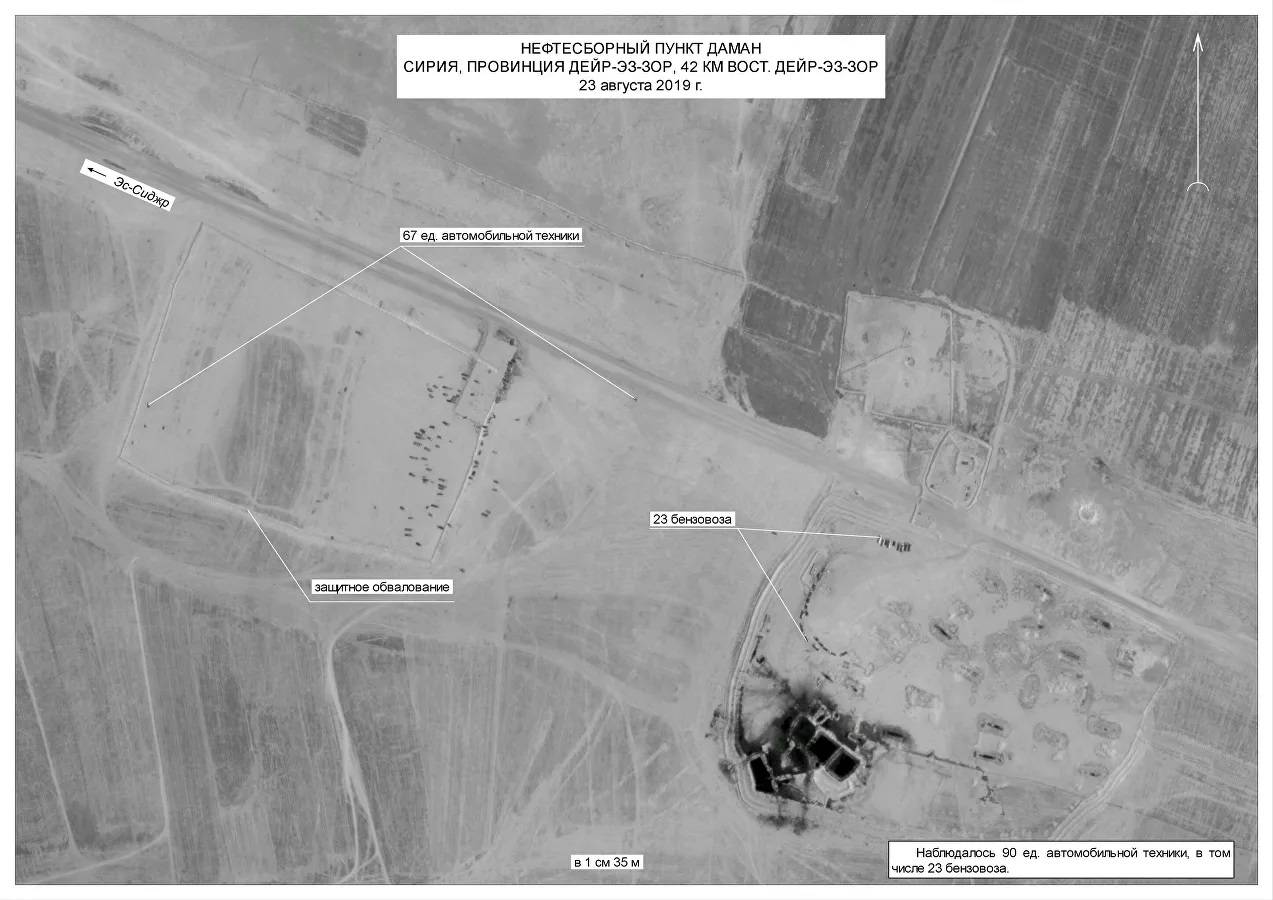 In addition, on September 5, there were 25 vehicles in the Al-Hasakah province, including 22 fuel trucks. Three days later, on September 8, in the vicinity of Der Ez-Zor, 36 more vehicles were recorded (32 of them were fuel trucks). On the same day, 41 vehicles, including 34 fuel trucks, were in the Mayadin onshore area. 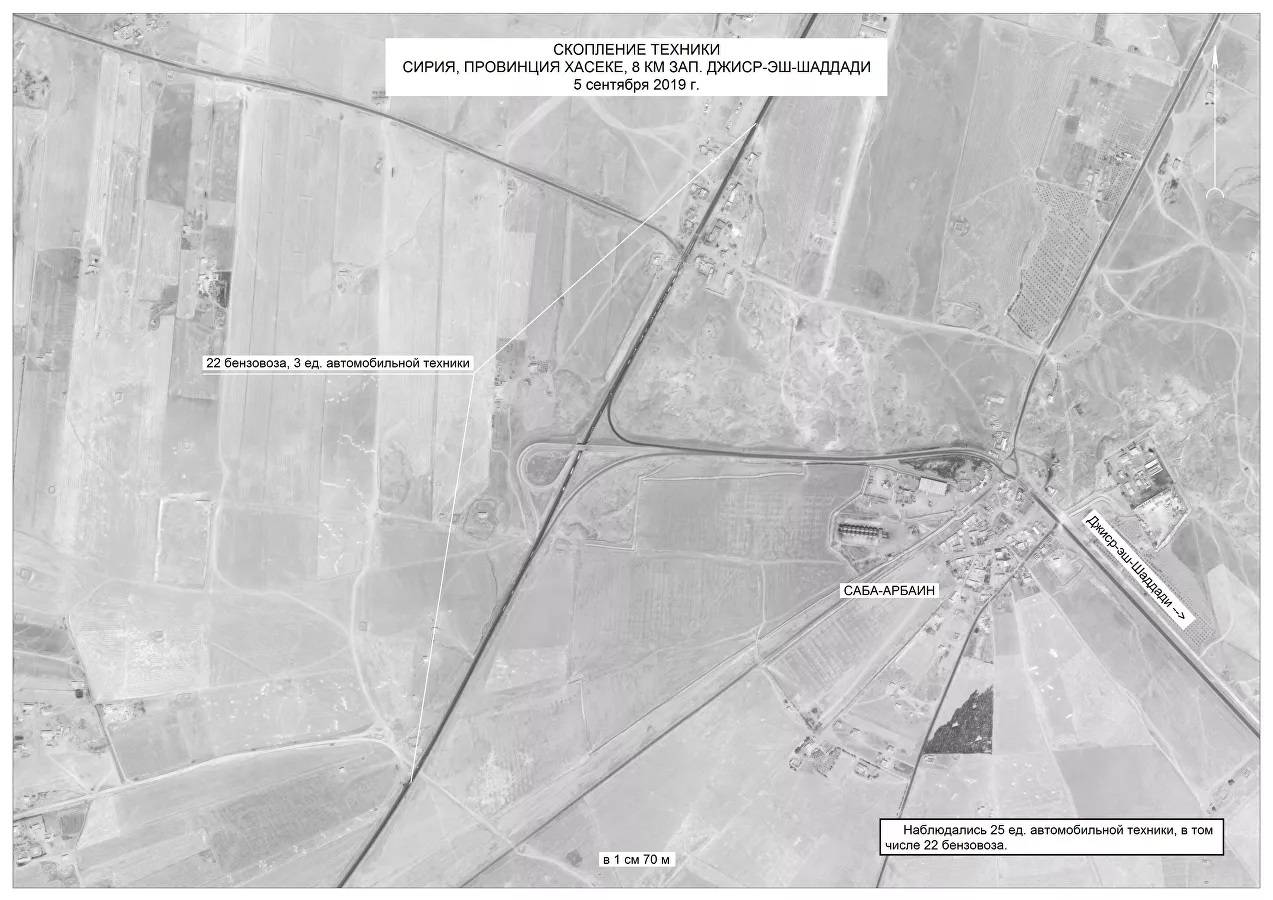 As the official representative of the Defense Ministry Igor Konashenkov noted, the Americans are extracting oil in Syria with the help of equipment, bypassing their own sanctions.

Igor Konashenkov: “Under the protection of American military servicemen and employees of American PMCs, fuel trucks from the oil fields of Eastern Syria are smuggling to other states. In the event of any attack on such a caravan, special operations forces and US military aircraft are immediately called in to protect it,” he said.

According to Konashenkov, the US-controlled company Sadcab, established under the so-called Autonomous Administration of Eastern Syria, is engaged in the export of oil, and the income of smuggling goes to the personal accounts of US PMCs and special forces.

The Major General added that as of right now, a barrel of smuggled Syrian oil is valued at $38, therefore the monthly revenue of US governmental agencies exceeds $30 million. 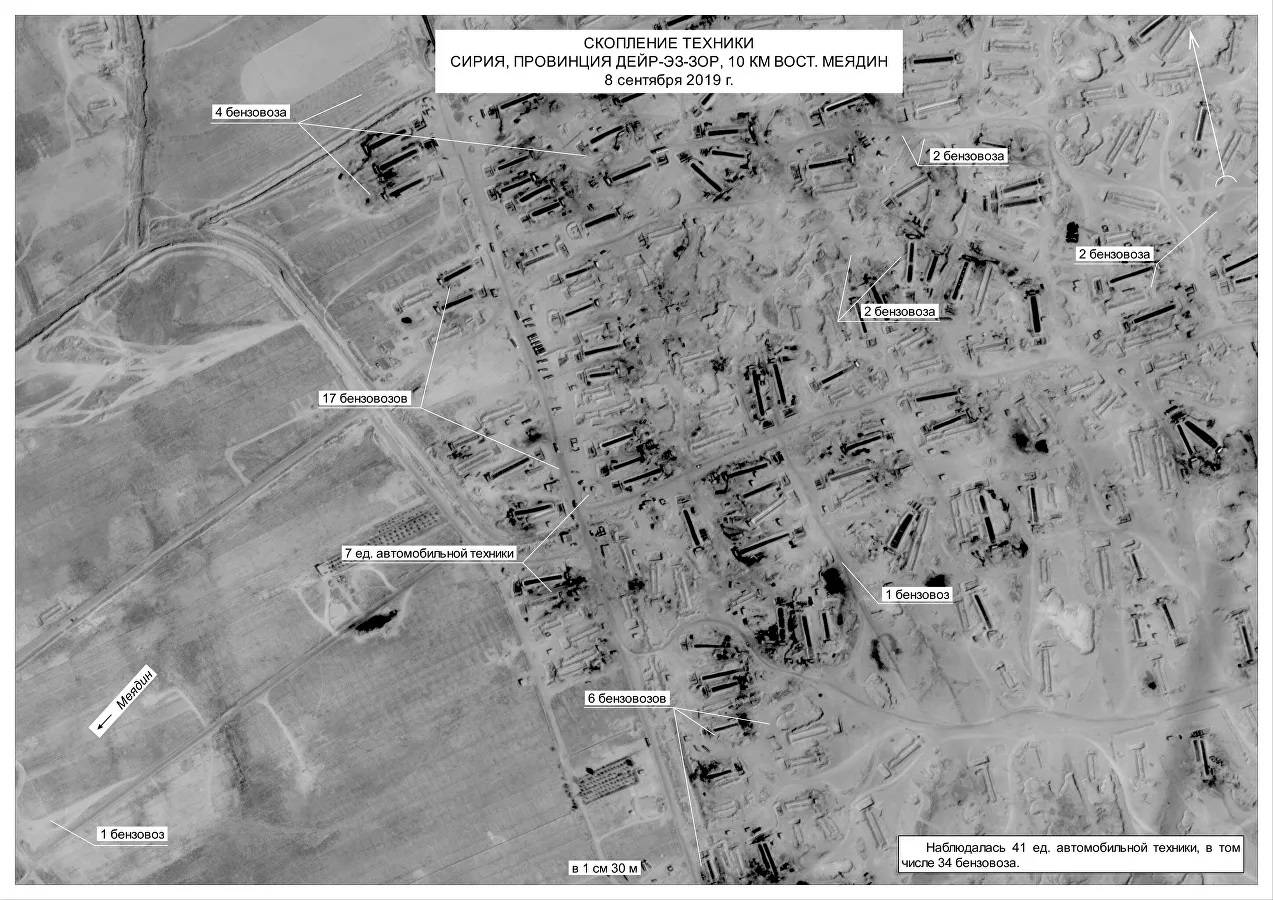 “For such a continuous financial flow, free from control and taxes of the American government, the leadership of the Pentagon and Langley will be ready to guard and defend oil fields in Syria from the mythical ‘hidden IS cells’ endlessly,” he said. 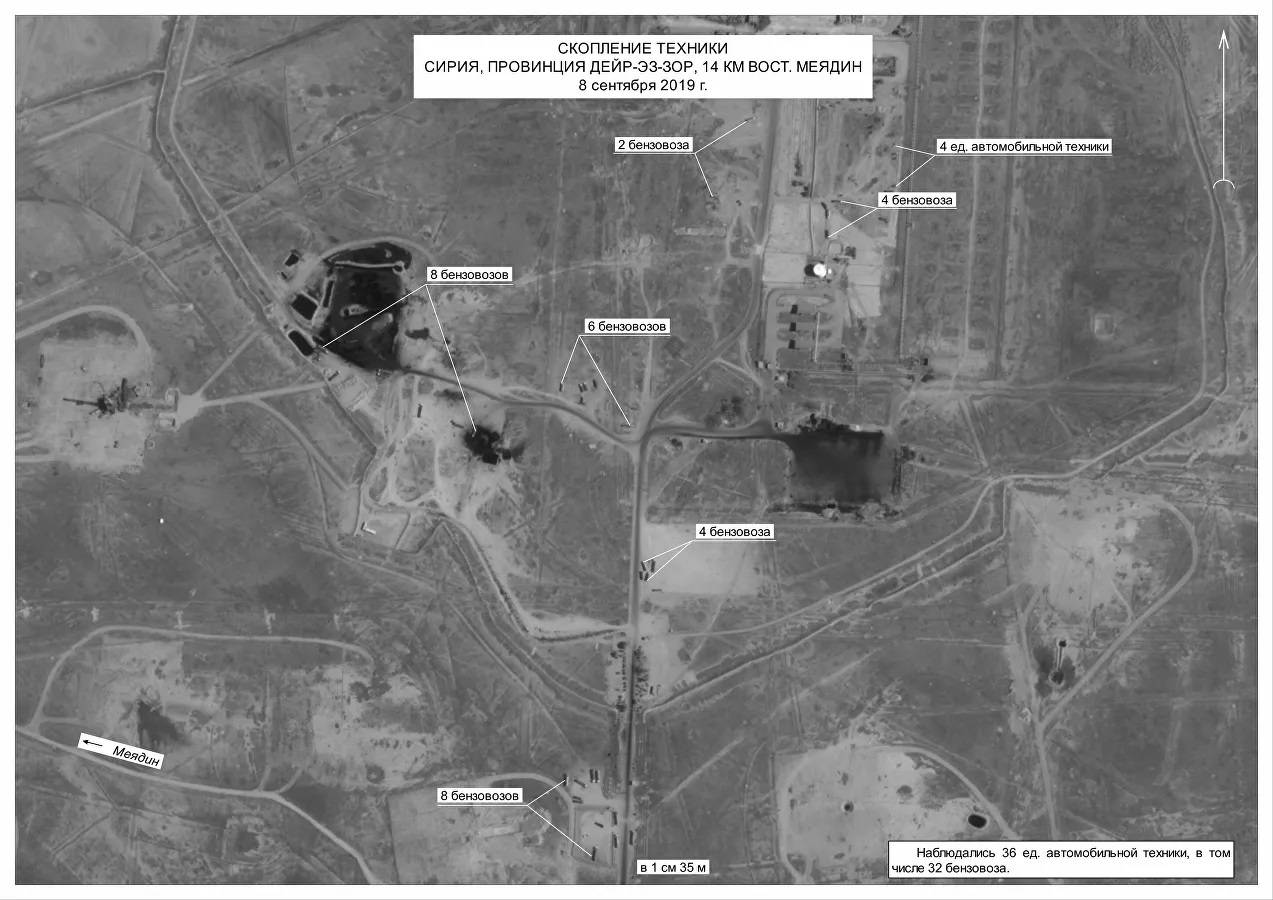 According to Konashenkov, Washington, by holding oil fields in eastern Syria, is engaged in international state banditry.

The reason for this activity, he believes, “lies far from the ideals of freedom proclaimed by Washington and their slogans on the fight against terrorism.”

Igor Konashenkov: “Neither in international law, nor in American legislation itself – there is not and cannot be a single legal task for the American troops to protect and defend the hydrocarbon deposits of Syria from Syria itself and its own people,” the representative of the Defense Ministry concluded.

A day earlier, the Pentagon’s head, Mark Esper declared that the United States is studying the situation in the Deir ez-Zor region and intends to strengthen its positions there in the near future “to ensure the safety of oil fields.” 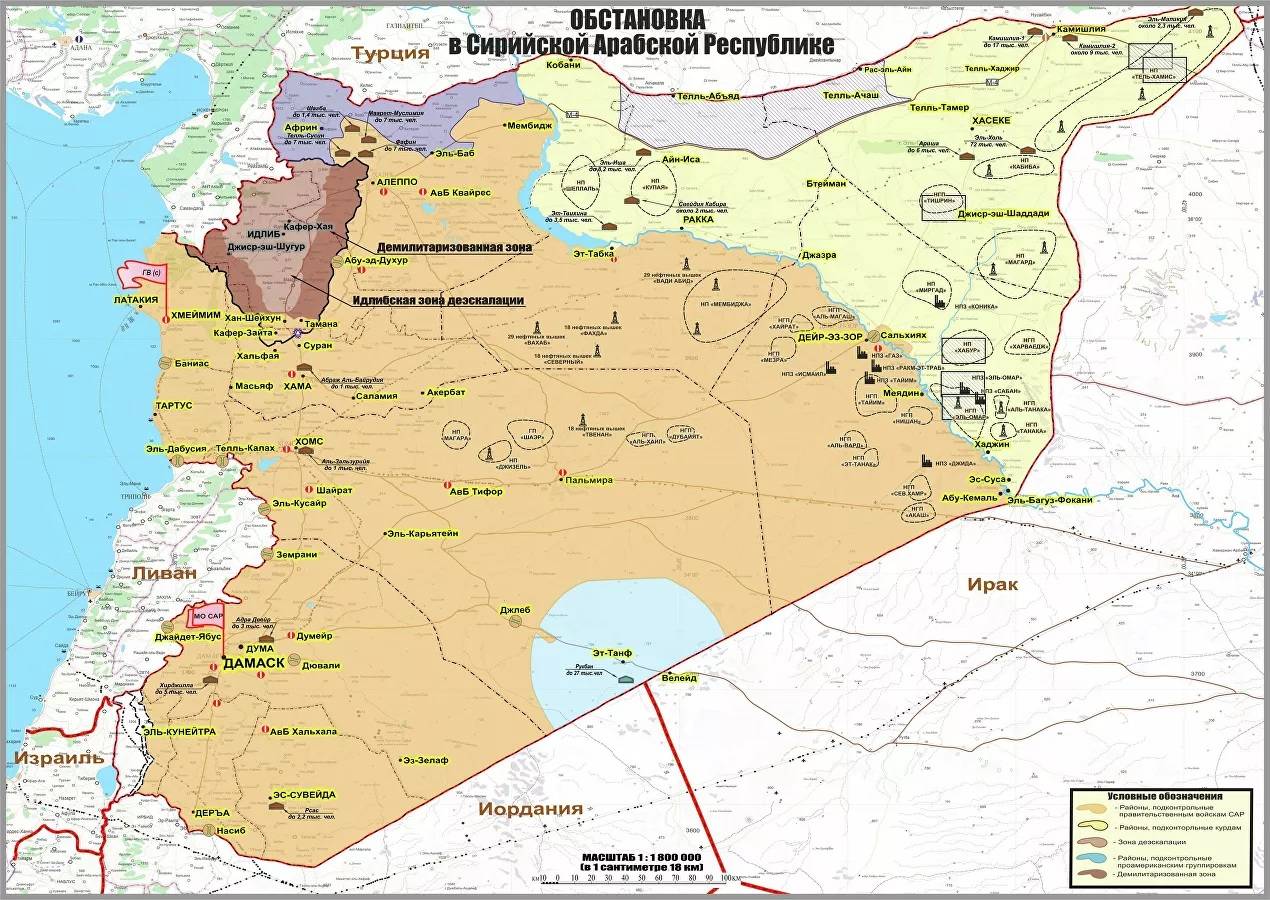