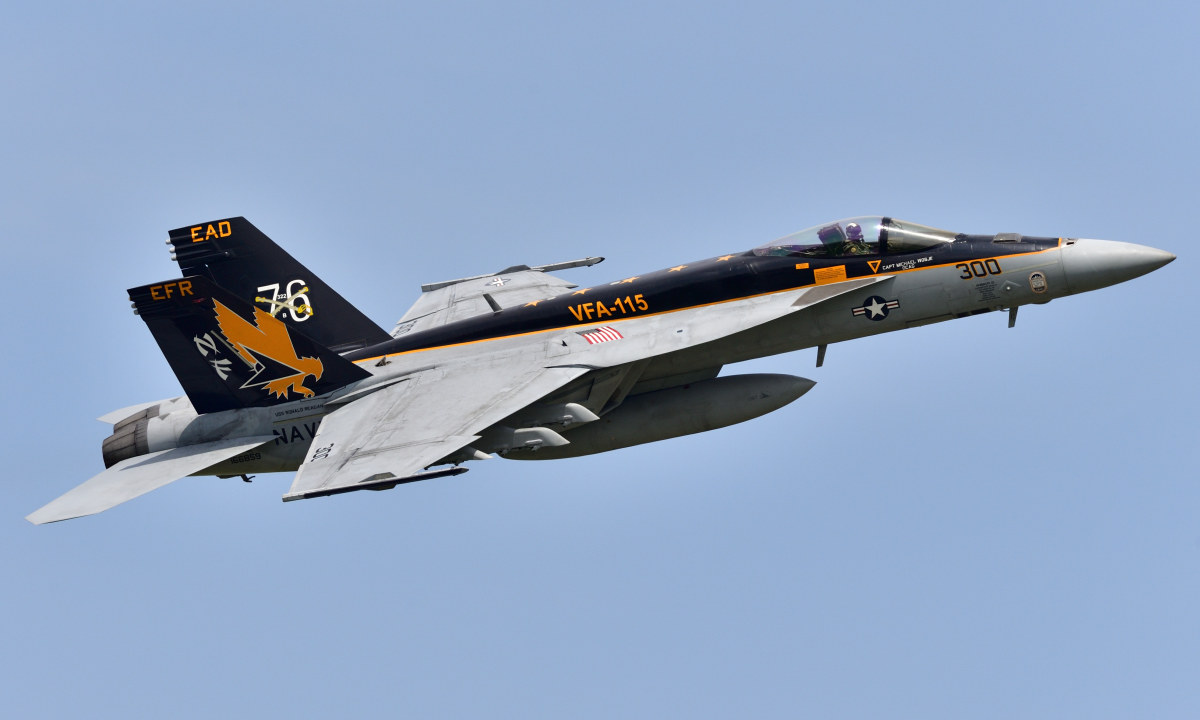 One of the busiest days of Q3 earnings season is quickly turning into a nightmare for corporate America, as first CAT stunned markets by slashing guidance and predicting a revenue decline after a dismal quarter that saw an across the board drop, followed immediately by a just as deplorable report from aerospace giant Boeing.

As the Boeing 737 MAX scandal gets worse with every passing day, it was perhaps not a surprise that the company reported a collapse in earnings, but few expected the extent of the collapse: 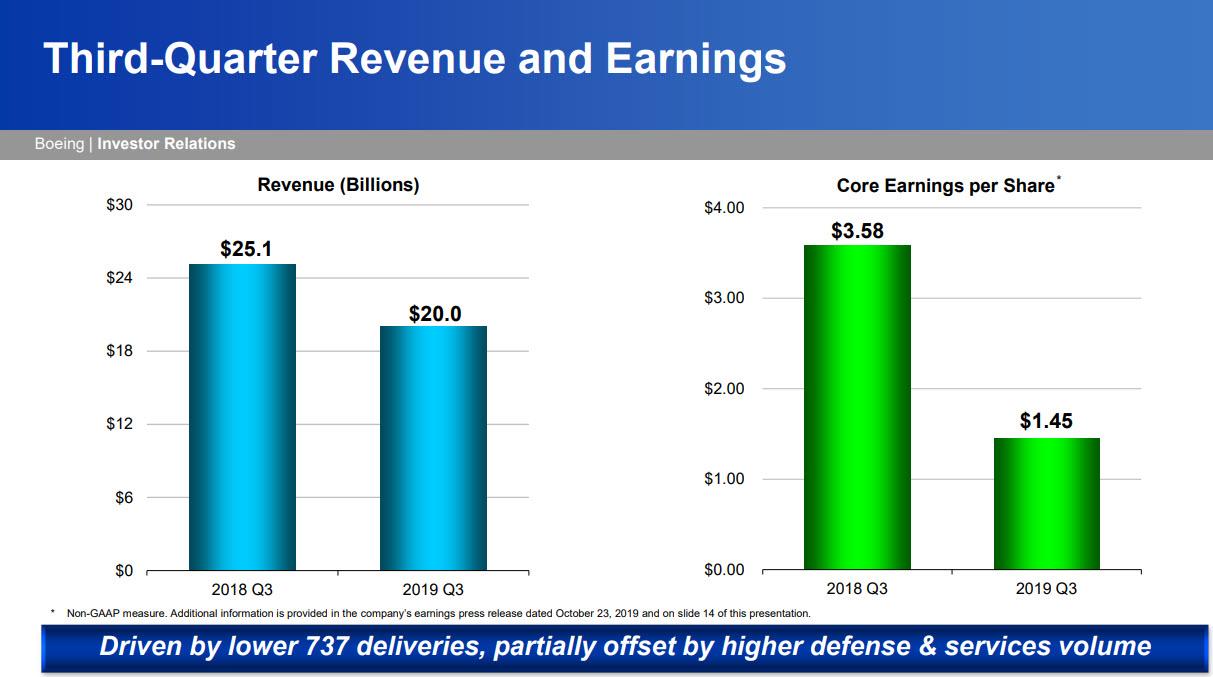 More problematic is that the MAX scandal is now starting to hit the orderbook, and Boeing’s Q3 backlog of $470 billion was down -4.3% y/y.

Yet while another kitchen sink quarter was to be expected, a big surprise came as Boeing announced its record production rate for the 787 Dreamliner was to be short-lived, as the company is now planning on cutting 787 output to 12 jets a month starting in late 2020 for two years, down from the 14-jet monthly output the company adopted earlier this year.

Going back to the dismal earnings report, in Q3 Boeing was hit so hard, it reported that its operating cash flow actually turned negative, from $4.56BN a year ago to $(2.4)BN amid lower 737 delivery and advance payments: 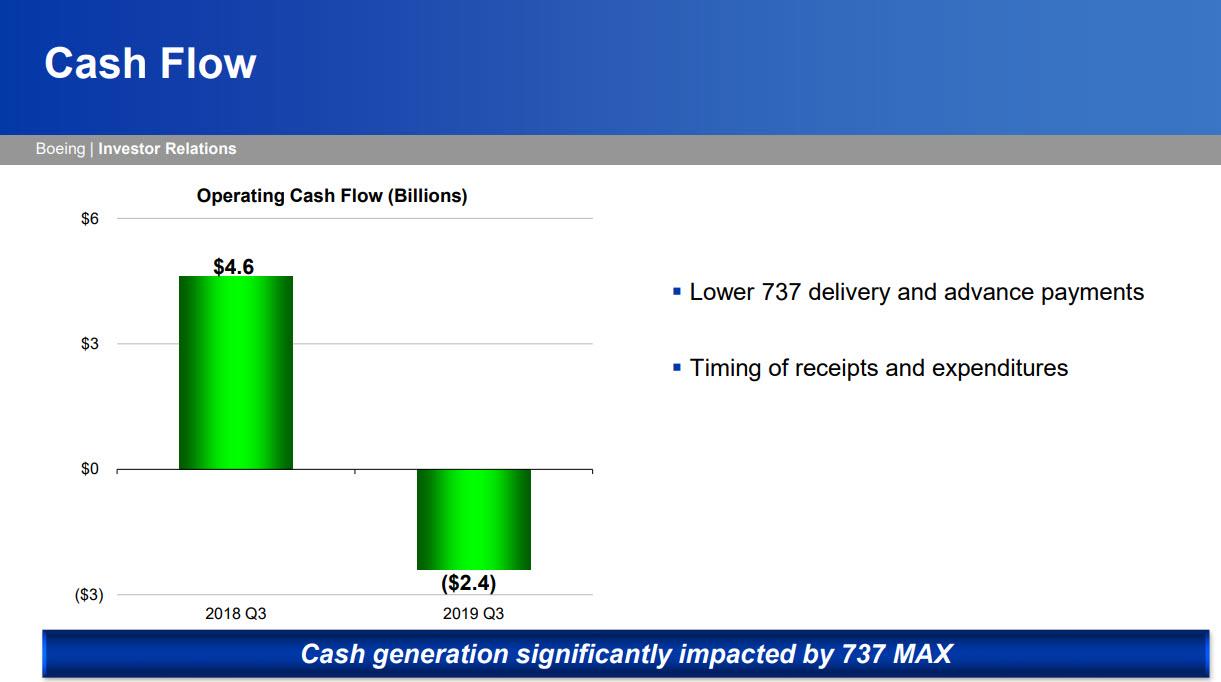 As Bloomberg notes, this is now the second consecutive quarter of negative cash flow for the company, which would be the first time since at least 2010.

Shifting away from the cash flow to the balance sheet did not inspire much confidence, as Boeing reported a surge in its debt, which rose by $5.5BN while cash increased by just $1.3BN. It’s also the reason why Boeing bonds are sliding: the company’s 2.7% bonds due 2027 are nearly 4 basis wider to 87.366 basis points over Treasuries, while Boeing CDS are 2 bps wider to 47.2 basis points, up from 27 in March before the first crash. 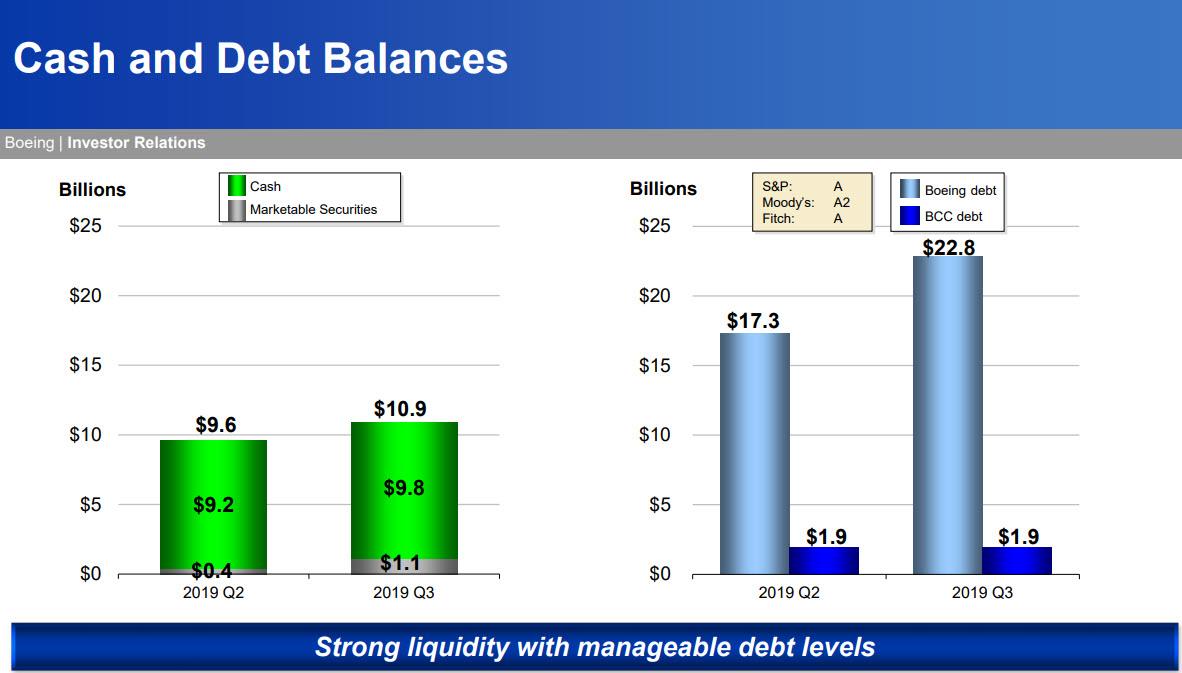 Yet despite such dismal earnings, Boeing stock was actually higher. Why? Because it was clear that the Q3 presentation was all about damage control, with the first two slides focused entirely on “Safety, Quality, Integrity” and on the “culture of safety” at Boeing.

But the biggest reason why the stock rose is that despite every indication to the contrary, Boeing still estimates that the 737 Max’s return will happen in the fourth quarter (narrator: it won’t). It gets better: the delusional company also sees production of the MAX rapidly moving into high gear next year, from the current 42-jet monthly pace to a 57-jet pace by the end of the year. While that should put to rest any speculation that the planemaker was girding to slow work at its Renton factory, south of Seattle, it should bring up questions about the sanity of its executives who clearly are ignoring the souring social mood and the reality that few if any people will ever dare step foot in the 737 MAX if it is once again open for business.

Meanwhile, as the global flying ban drags on, Boeing finds itself sitting on hundreds of newly built but undelivered 737 Max aircraft. Inventories totaled $73.3 billion as of Sept. 30, up 17% from the start of the year.

Finally, one additional detail flagged by Bloomberg, relevant one day after Boeing was put on outlook negative by the rating agencies, is that the company was said to launch a revolving credit facility totaling $9.5 billion as early as this week which is expected to close next week. That information came from people familiar with the matter, who asked not to be identified, because they were not authorized to speak publicly on the matter. It would replace $5.1 billion of existing debt. 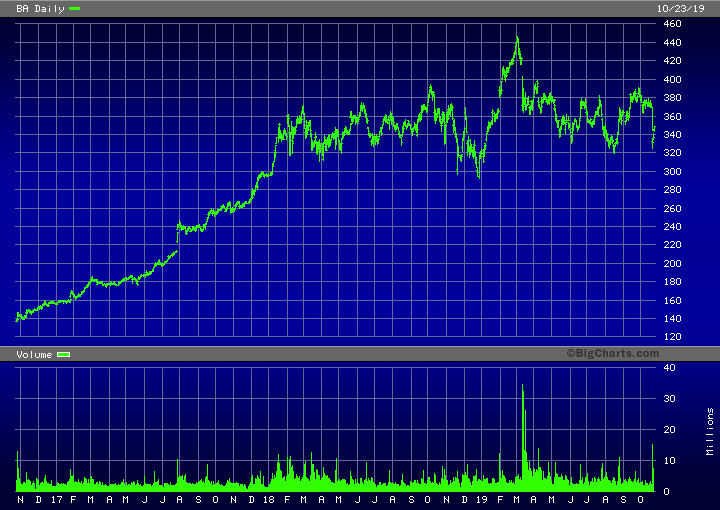 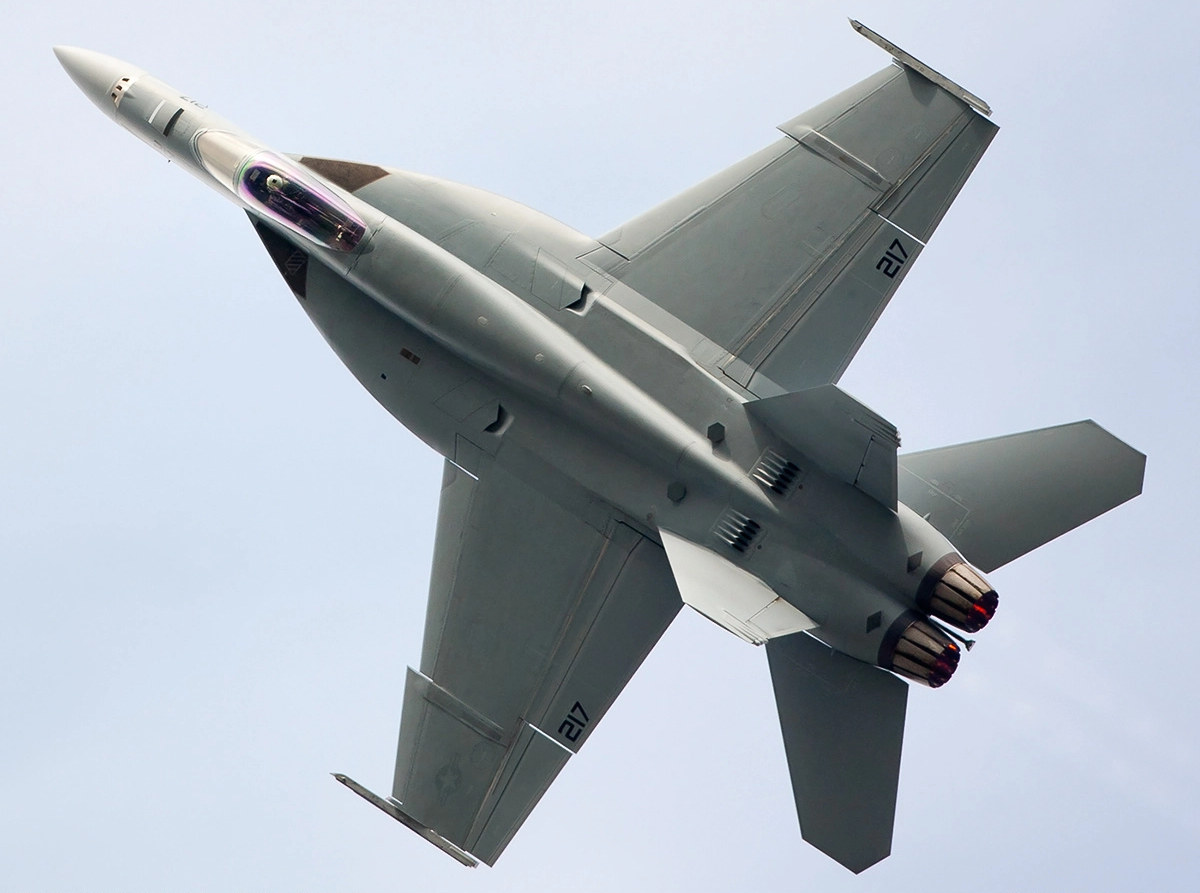