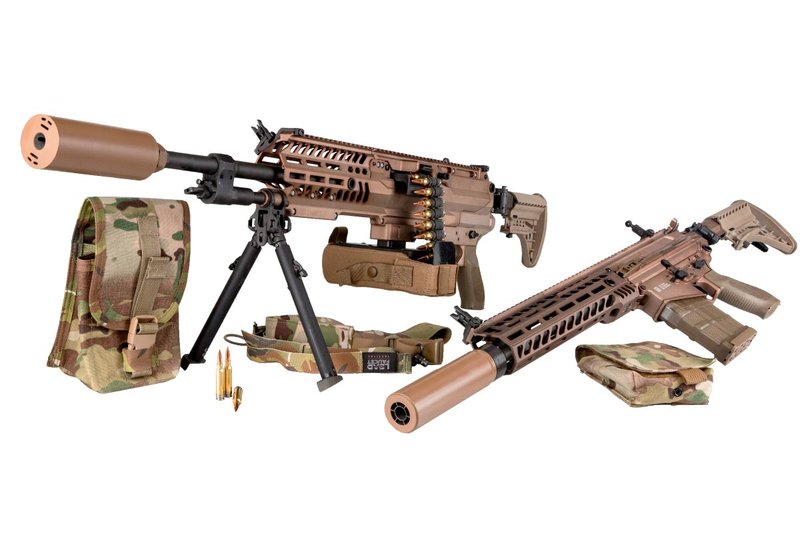 The US Army has selected three companies to design Next Generation Squad Weapon (NGSW) prototype variants.

The US Army announced that it has awarded Textron Systems, General Dynamics Ordnance and Tactical Systems, and SIG Sauer with NGSW prototype contracts that call for the companies to begin delivering weapons and ammunition within 27 months.

The aim of the NGSW is to provide the US infantryman with greater firepower, mobility, and lethality by replacing the current M4 carbines and M249 machine guns in service with a new rifle and machine gun firing a new 6.8 mm calibre intermediate cartridge.

The solution showcased by SIG Sauer revolves around a new 6.8×51 mm hybrid cartridge, the MG-6.8 light machine gun, the SPEAR assault rifle, and corresponding suppressors and electro-optical sighting systems. The whole system is the result of a $40 million investment by the company over a two-year period.

The core of the system is the 6.8×51 mm hybrid cartridge. The innovation touted by the company comes with associating a steel base with a brass cartridge case. Retaining a brass case was essential to SIG’s approach. Brass has been used in firearms design for more than a century and its properties in ammunition and firearms design are both well known and well mastered.

In order to meet the US Army’s requirement for 20% lighter ammunition and 30% more energy than current 7.62×51 mm NATO cartridges, SIG Sauer patented a new method of fixing a steel base by adding a washer to the brass body of the cartridge case.

Textron displayed weapons at chambered in a polymer 6.8mm cased telescoped round. The NGSW-AR looks to have externally evolved from Textron’s earlier LSAT weapon systems.

The carbine appears to have a deep receiver with what may be a battery pack with a rounded base, just in front of the magazine housing. This appears to leave just a few inches of free 6 o’clock rail space. Both the carbine and automatic rifle have a full length 12 o’clock Picatinny rails (though the NGSW-ARs is interrupted by its feed tray) and both appear to mount similar Suppressors. The carbine, like the earlier 6.5 CT prototype shown earlier uses AR-style controls and the AR’s charging handle. The NGSW-AR appears to have a right side charging handle.

Specifications and further details about the weapons aren’t currently available but also present on the Textron table is a short belt, of what appears to be, Textron’s 6.8mm CT ammunition. The dimensions of the ammunition are also currently undisclosed. 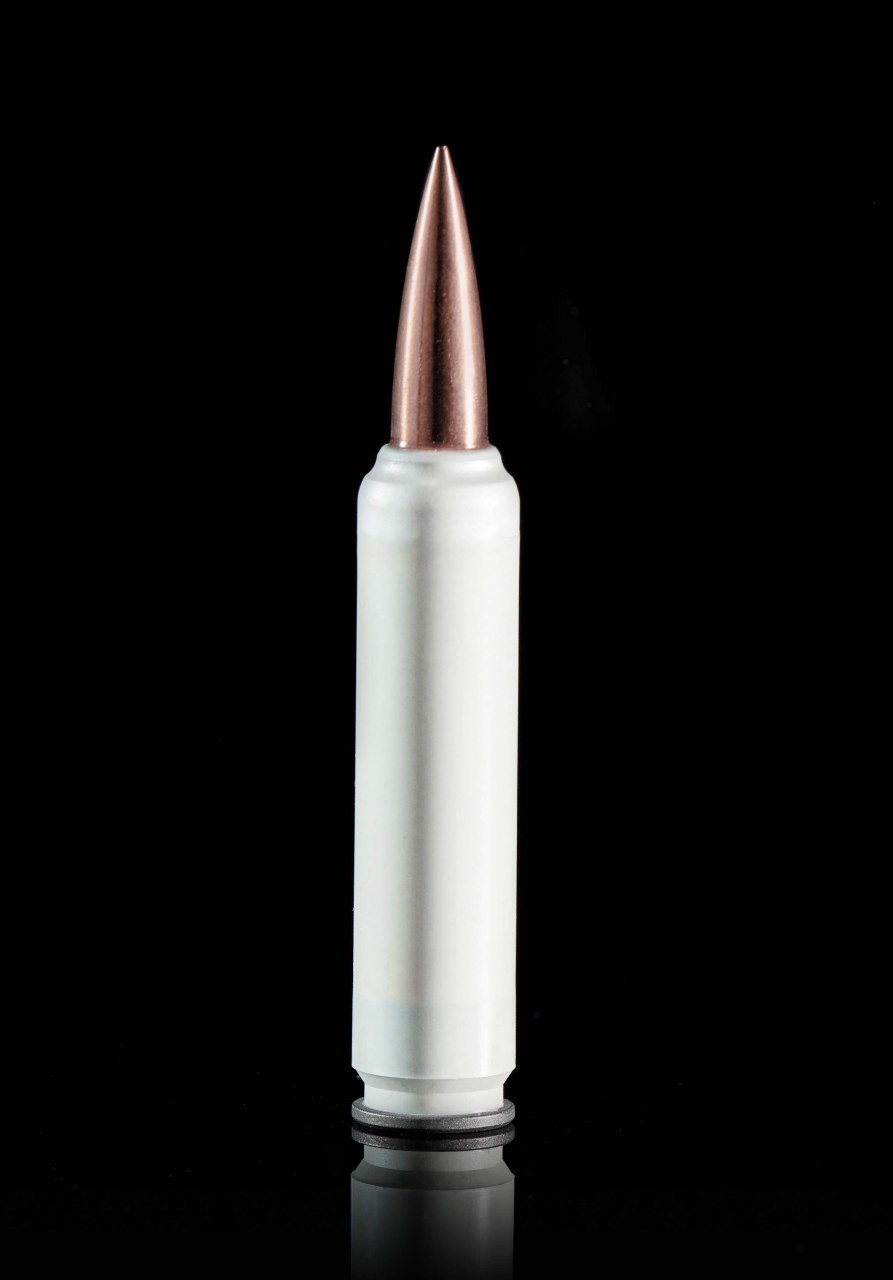