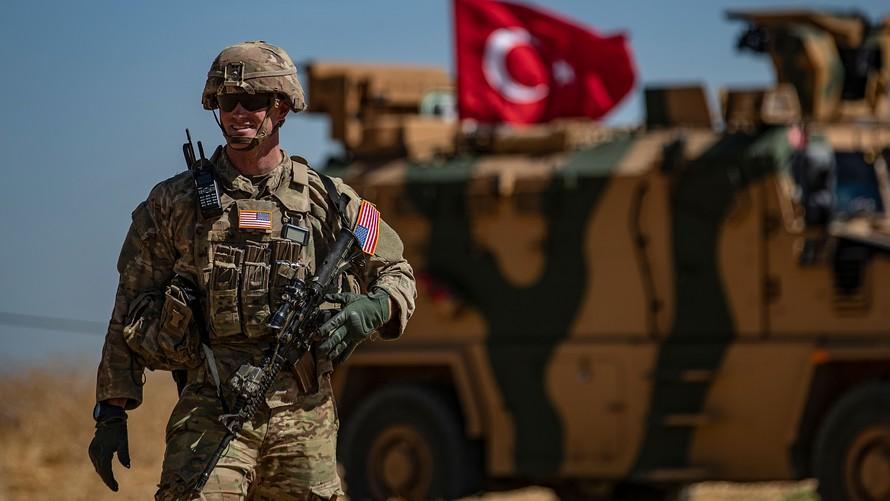 Russia’s response to the White House’s late Sunday shock announcement saying “Turkey will soon be moving forward with its long-planned operation into Northern Syria” has been relatively muted.

Though Trump reportedly told Erdogan the US won’t back the operation in a ‘last minute’ weekend phone call, it still appears a tacit US green light, considering American forces have now moved away from the Turkish border with northern Syria and are in a “wait and see” position.

While a Kremlin spokesman said in reaction that all foreign military forces ‘with illegal presence’ should leave Syria, and that “Syria’s territorial integrity must be preserved,” a looming American exit from the theater no doubt has Russian officials breathing a sigh of relief in terms of their number one defined priority — preserving and defending the Assad government.

Russia has proven it can deal with Erdogan’s expansionist policies, but not the United States’ presence in Syria. Over the past years going back to 2015 US and Russian forces have on multiple occasions been on the brink of directly clashing, igniting a possible WWIII scenario.

Kremlin spokesman Dmitry Peskov reiterated on Monday that Russia and Turkey see eye to eye on preserving Syria’s territorial integrity: “We hope that our Turkish colleagues would stick to this position in all situations,” he said.

“The Russian Federation had remained uninvolved in the conflict inside Syria until Syria’s enemies began engaging the resources of terrorist units to fight the legitimate government of the country,” Deputy Defense Minister, Colonel-General Alexander Fomin said to Russia’s TASS.

“About 90% of the Syrian population currently live on the territories under the control of the official Damascus,” he added, reaffirming the mission scope will not go beyond assisting the Syrian government to root out terrorism.

Thus we can presume the Russian military will remain on the sidelines in terms of developments in northern Syria, other than encouraging Syria’s Kurds to continue negotiations with Assad, while also waiting for a full and final American exit.

From the perspective of Damascus, this will hasten the powerful local Kurdish political blocs in northeast Syrian, namely the PYD/TEV-DEM (The Democratic Union Party and Movement for a Democratic Society, respectively), of necessity seeking the protection of Damascus via a major deal with “the devil we know”.

However, the Syrian Kurdish parties are no longer negotiating from a position of strength, and will have little choice but the cede much of their prior autonomy to the Syrian state once protective US forces finally exit.

Of course, the future fate of Syria’s key oil and gas fields — the vast majority of which are located precisely in current Syrian Kurdish/US-backed SDF zones — will be an interesting question. Damascus may ultimately lose a major chunk of its sovereign territory along the northern border to the Turks for a long time to come, but may regain its domestic energy resources once again.

But if past Trump administration unpredictability on Syria is any sign, the entire situation could be reversed just as quickly as this week’s events have been initiated.