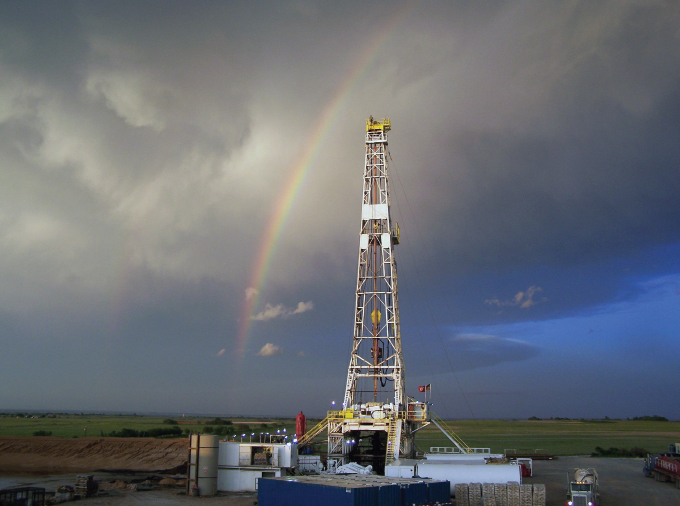 The financial stress sweeping over the U.S. shale sector has led to a sharp contraction in activity. Oil and gas activity in Texas and parts of New Mexico declined in the third quarter, with the Dallas Fed’s business activity index reporting a reading of -7.4, down from -0.6 in the second quarter.

A slowdown in drilling is an even larger problem for oilfield services companies, who provide the equipment, manpower and drilling services that oil companies need. A producer may be able to do more with less, but that “less” falls on the service providers, who have been hit hard. The Dallas Fed said that the business activity in the oilfield services sector fell to -21.8 in the third quarter, down from 6.6 in the second.

Another reading demonstrated the pain for oilfield services. The Dallas Fed’s “equipment utilization index” plunged to -24 from 3, and the figure for the third quarter was the lowest since the oil market’s nadir in 2016.

Problematic for shale drillers is that costs still grew, although at a much slower rate. The “input cost” index stood at 5.6 in the third quarter, an indication of slowing cost increases compared to the 27.1 reading in the second quarter. But the bad news for the industry is that the reading was still in positive territory.

Employment is also weakening. The employment index fell to -8.0 from -2.5, meaning that the Permian likely saw job losses for the second quarter in a row.

When surveyed by the Dallas Fed, 42 percent of the executives from 142 oil and gas firms said that low prices was their most significant constraint on growth. Another 20 percent said the lack of access to capital, followed by 13 percent of which said investor pressure to generate free cash flow. Only a small percentage of respondents said that infrastructure bottlenecks and labor shortages were the top constraint on their growth.

The more intriguing part of the Dallas Fed survey comes in the comments section, which includes statements submitted anonymously by oil and gas executives. Since they are anonymous, the executives are very candid, offering an unvarnished window into sentiment in the sector. 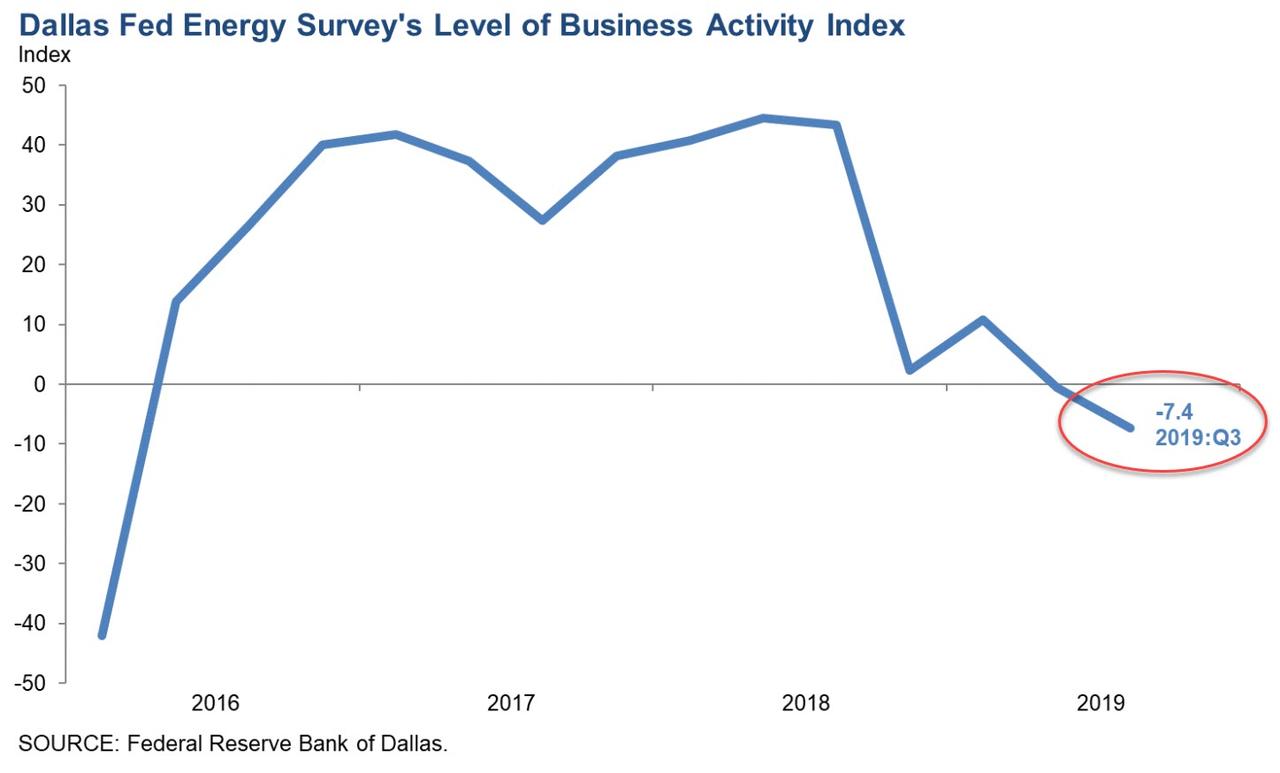 And the mood is decidedly grim.

The downbeat comments cover a range of topics, including market volatility, reduced access to capital, trade war concerns, operational problems, and complaints about environmentalists. Below is a sampling.

First on lack of capital:

“The capital market has dried up for small E&P companies.”

“Unless there is a material pullback, the environment is static around $55 per barrel and, even if your business is rock solid at this price, the capital markets aren’t functioning well, so it’s hard to move off of the ”stuck” or “static” outlook.”

“It seems no one has any money for oil and gas projects. Lack of Wall Street participation in oil is very apparent.”

On operational and cost problems:

“The industry is admitting what independents who drilled with industry partners early on figured out: You cannot make money drilling at this price structure. An ongoing drilling program consumes all your returns and continues to require new money.”

“We are seeing increased costs in supplies, and vendors are attributing the increases to tariffs.”

“Over $130 billion of junk status bonds are coming due after 2020 over a two-year period for those that got in the treadmill drilling business, with wells that decline 70 percent in the first year.”

On the slowdown in drilling and production:

“U.S. oil production is about to fall significantly. The rig count has declined dramatically from one year ago (down 170 rigs), and our customers are not completing wells in order to save cash flow. This all equals a big shift down.” 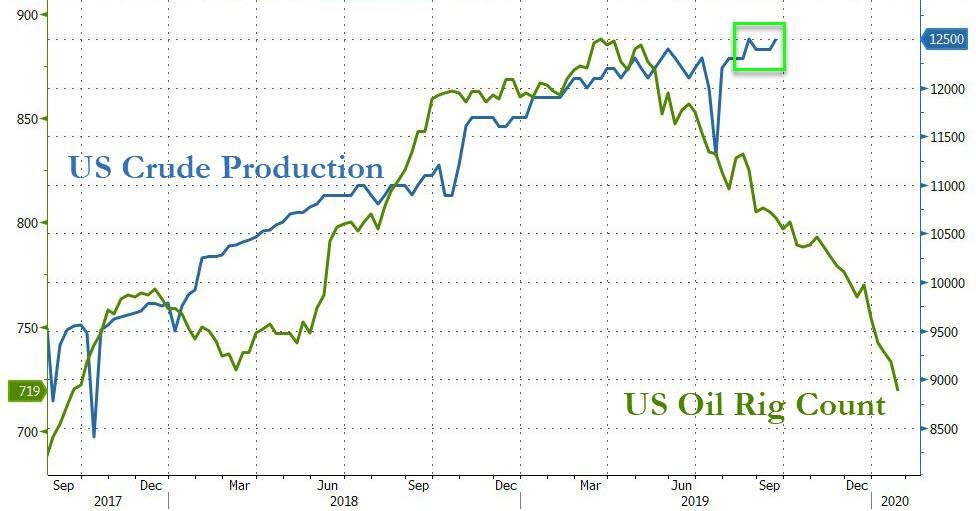 “E&P companies have pulled back on spending and continue to pressure service company prices. I expect there will be a number of insolvent companies looking for help in the next six months.”

And on pressure from environmentalists:

Relating to proposed carbon taxes: “That would kill the independent arena of the U.S. domestic oil industry that just vaulted America to the world’s #1 oil producer spot. And people would be willing to sacrifice that contribution to the U.S. trade balance [and] domestic employment, as well as tax payments to states? It’s a sad testimonial to the decline of the American educational system!”

“Protestors are so rude and ugly toward oil and gas but, yet, they want our money. Protestors do not have a solution to replace oil and gas in New Mexico.”

There are few, if any, upbeat comments about the state of play in the shale sector in the survey. To be sure, none of this means that the collapse of the industry is just around the corner. In fact, Rystad Energy put out a commentary downplaying the financial predicament for the industry. “In a nutshell, we do not believe the recent bankruptcies that have beset a number of shale players are indicative of an industry-wide epidemic,” Alisa Lukash, a senior analyst on Rystad Energy’s North American Shale team, said.

However, it’s hard to ignore the deep sense of despair from more than a few shale executives. And as Rystad noted, the top 40 shale companies have $100 billion in debt coming due over the next seven years, which will likely force a reckoning in the sector. 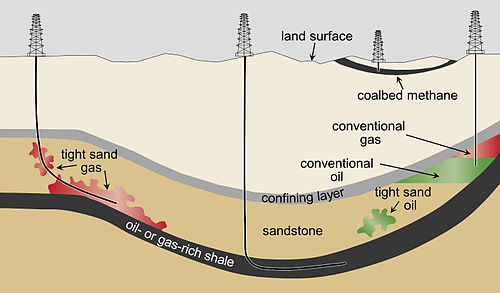