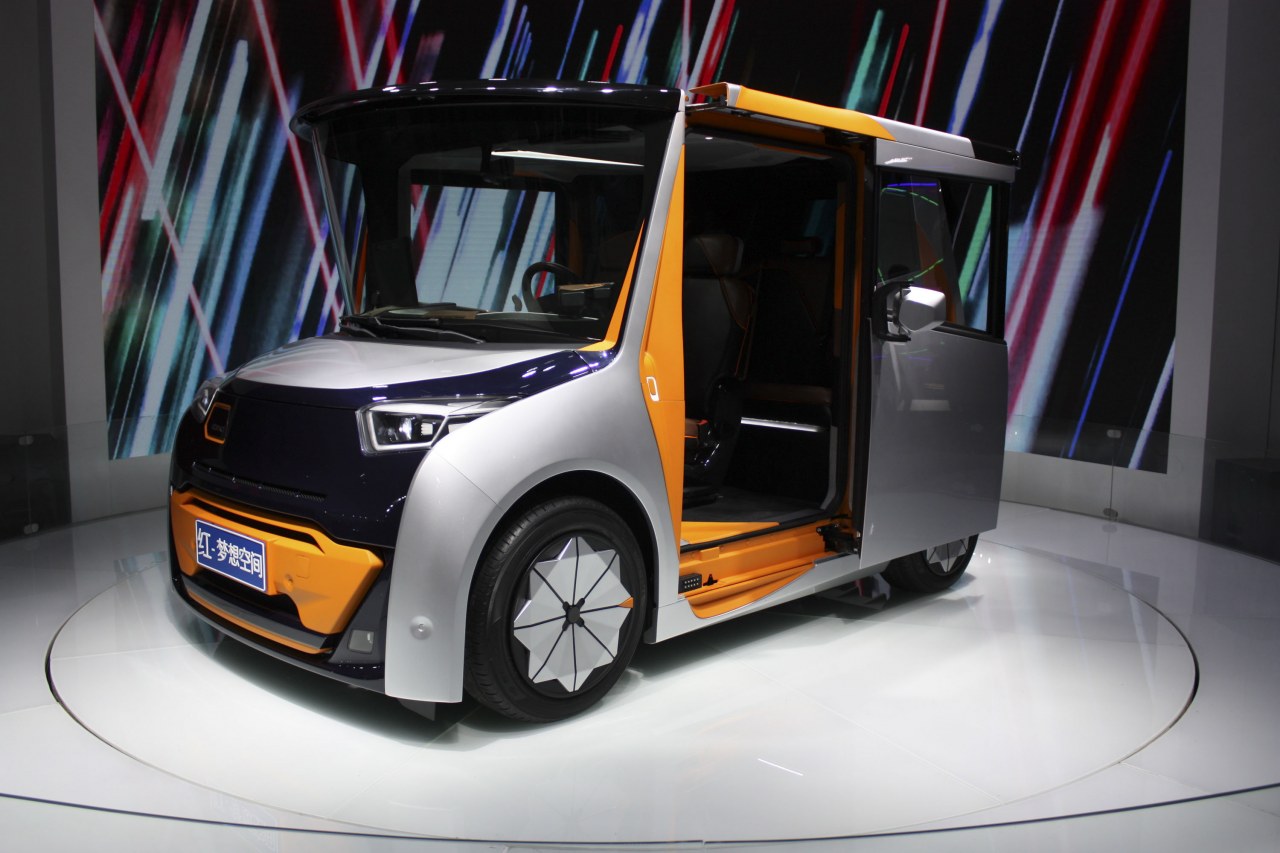 Norway has been hailed as a model for electric vehicles adoption with EV sales exceeding 57% of new car sales in June of this year. This accomplishment stands at odds with the rest of the world, where despite substantial subsidies, EV sales have lingered in the low single digits. The reality of Norway’s EV sales success is rooted in the simple fact that Norway has created an extremely distorted car market.

Norway’s cold weather makes the country one of the least suitable markets for electric cars since freezing temperatures tend to reduce an EV range by up to 40%. This fact alone makes Norway a less likely market for wide EV adoption. EVs high price tag, range limitations, slow charging time and limited second market makes them a niche product in many markets, said another way, EVs practical inferiority to internal combustion engine (ICE) cars has discouraged their adoption at a wide scale. To counter EVs inherent inferiority, the Norwegian government has introduced a host of market distorting – stick and carrot – initiatives to force EVs adoption:

As result of the above distortions, ICE cars cost more to purchase in Norway and are up to 75% more expensive to operate. Thus, it is no wonder that EV sales have been growing at a brisk rate in Norway. As a matter of fact, it is mind boggling as to why anyone would even purchase an ICE car in Norway under these conditions.

In 2014, Bjart Holtsmark (Statistics Norway) and Anders Skonhoft (Department of Economics, Norwegian University of Science and Technology) answered this question in an excellent research paper. According to that independent study, the annual EV incentives cost to the Norwegian treasury stands at a staggering $8100 per EV (excluding the value of free charging and bus lane access). At the end of 2018, Norway had 200,000 registered EVs (I am excluding PHEVs from the calculation since they have different incentives), this means the total annual EV subsidy cost to the Norwegian treasury stands at $1.62 billion dollars (14.6B NOK) per year as of the end of 2018. The annual subsidy has grown to around $1.95 billion dollars (21.6B NOK) as of June 30th due to the rapid growth in the EV fleet. Norway has a total of 2.7M private cars, if the country were to convert all of them to EVs under the same incentives scheme, the total annual cost to the Norwegian treasury would reach $22 billion dollars per year (198B NOK).To put these numbers in prospective, here is the breakdown of Norway’s 2018 fiscal budget: 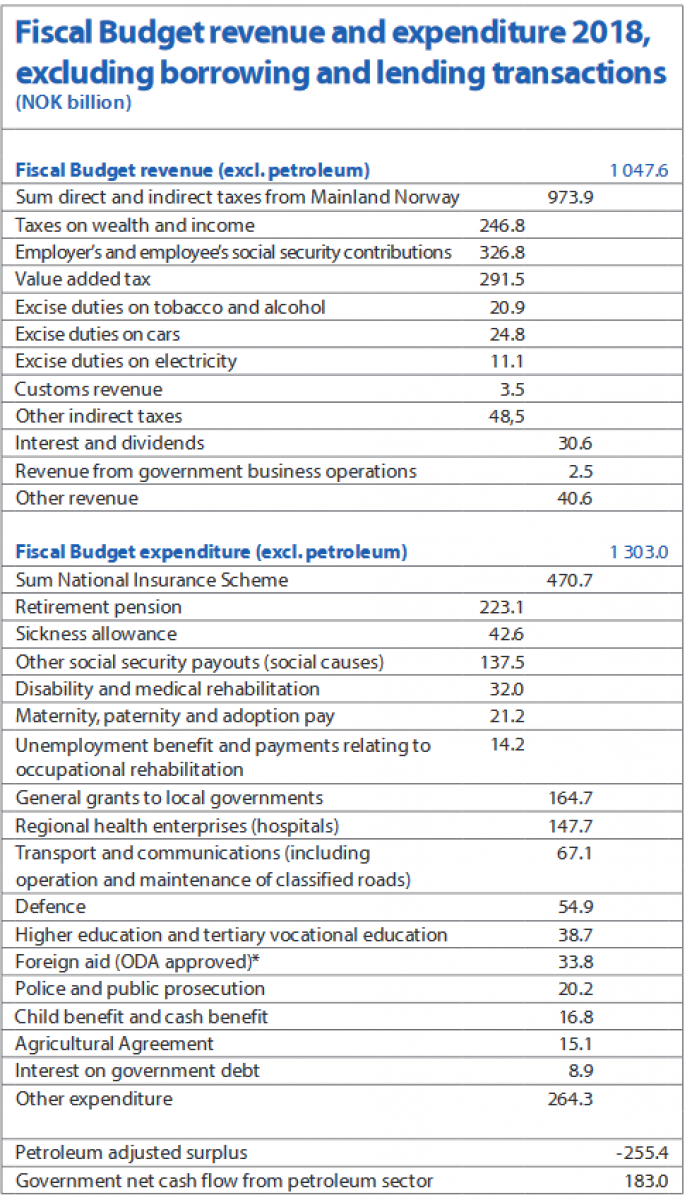 Based on the above, we can see that the annual cost of Norway’s EV support scheme already exceeds the annual cost of Maternity and Paternity leave pay (21.2B NOK) and also exceeds the annual Unemployment Benefit budget (14.2B NOK) and the Child Benefit budget (16.8B NOK). As a matter of fact, if Norway were to convert all its cars to EVs, the country EV budget would become the second largest government expenditure at 198B NOK, only behind the retirement pension budget at 223B NOK.  It is worth noting that Norway is running a sizable 20% primary budget deficit (excluding oil revenues) and 7% deficit including oil revenues. Norway’s EV support is already having a material impact on Norway’s finances, the excise duties on cars and petrol have declined by 25.9B NOK in 5 years from 50.7B NOK in 2013 to 24.8B NOK in 2018. If this revenue item had remained constant, Norway’s budget deficit for 2018 would have shrunk to 4.2% from 7%.

At this stage one may ask what Norway is getting out of all of this? EVs are not a goal into themselves, EVs are a mean to an end, namely, reducing gasoline and diesel consumption, which ultimately means a reduction in CO2 emissions. Let’s take a look at Norway’s petroleum consumption since 2014:

In 2014, Norway consumed a total of 5M liters of auto diesel and gasoline (tax and untaxed), by 2018 that number increased to 5.06M liters or a 1.2% increase. More damming still is that last year alone Norway’s CO2 road traffic emissions increased by 2.8% (excluding EVs CO2 lifecycle emissions). To be fair, road traffic emissions (although increased in 2018) did decline by about 10% from 9.9M tons in 2014 to 9M tons in 2018. Norwegian road traffic emissions statistics don’t capture a vehicle lifecycle emissions which are much higher at the outset for an EV due to the heavy CO2 emissions associated with battery production. This lifecycle gap in the data exaggerates the amount of CO2 emission reduction due to the displacement of emissions from where the car is driven to where it is produced. Another factor we need to consider is the continued improvement in fuel efficiency of newer ICE cars, which means as the ICE car fleet is renewed associated CO2 emissions are reduced naturally. Thus, when we take in consideration these factors, it is probable that the actual four-year reduction in Norwegian CO2 road emissions due to EVs is in the low single digits at best.

In light of the above, it is fair to say that Norway’s massive investment in EVs in eliminating a negligible amount of CO2 comes at a great financial cost. One reason for the muted impact of EVs on Norwegian gasoline and diesel consumption is that 64% of Norwegian households that own an EV also own an ICE car. Two cars households used ICE cars for 60% of their driving needs and EVs for 40%. The second car effect is apparent in the passenger car data: In 2014, Norway had 2.55M passenger cars (including 50K EVs and PHEVs) as compared to 2.76M passenger cars (Including 300K EVs and PHEVs) in 2018. This shows that the ICE fleet has remained constant and that EVs are supplementing ICE cars and not replacing them.

Another interesting feature of the Norwegian EV market is the split between the have and the have nots. The likelihood of purchasing an EV is 15 times higher for the richest 25% of Norwegian households as compared to the bottom 25%. Since the purchase price of an EV is cheaper than an ICE car in Norway that discrepancy can not be explained by the initial cost barrier. The fact that 84% of the richest households own at least one additional ICE car against only 21% of the poorest households seems to indicate that without access to a second ICE car, owning an EV – despite all the incentives – is less appealing to the average person. This is most likely due to EVs inherent limitations as compared to ICE cars. In many ways, Norway’s EV support policy is a second car discount and living cost subsidy mechanism for the rich.

Cited research by Halvorsen and Froyen Indicates that such an extreme support for EVs is encouraging Norwegians to rely less on public transport and on walking and cycling. Only 14% of EV owners use public transport, cycle, or walk, as compared to more than 50% for non-EV owners. 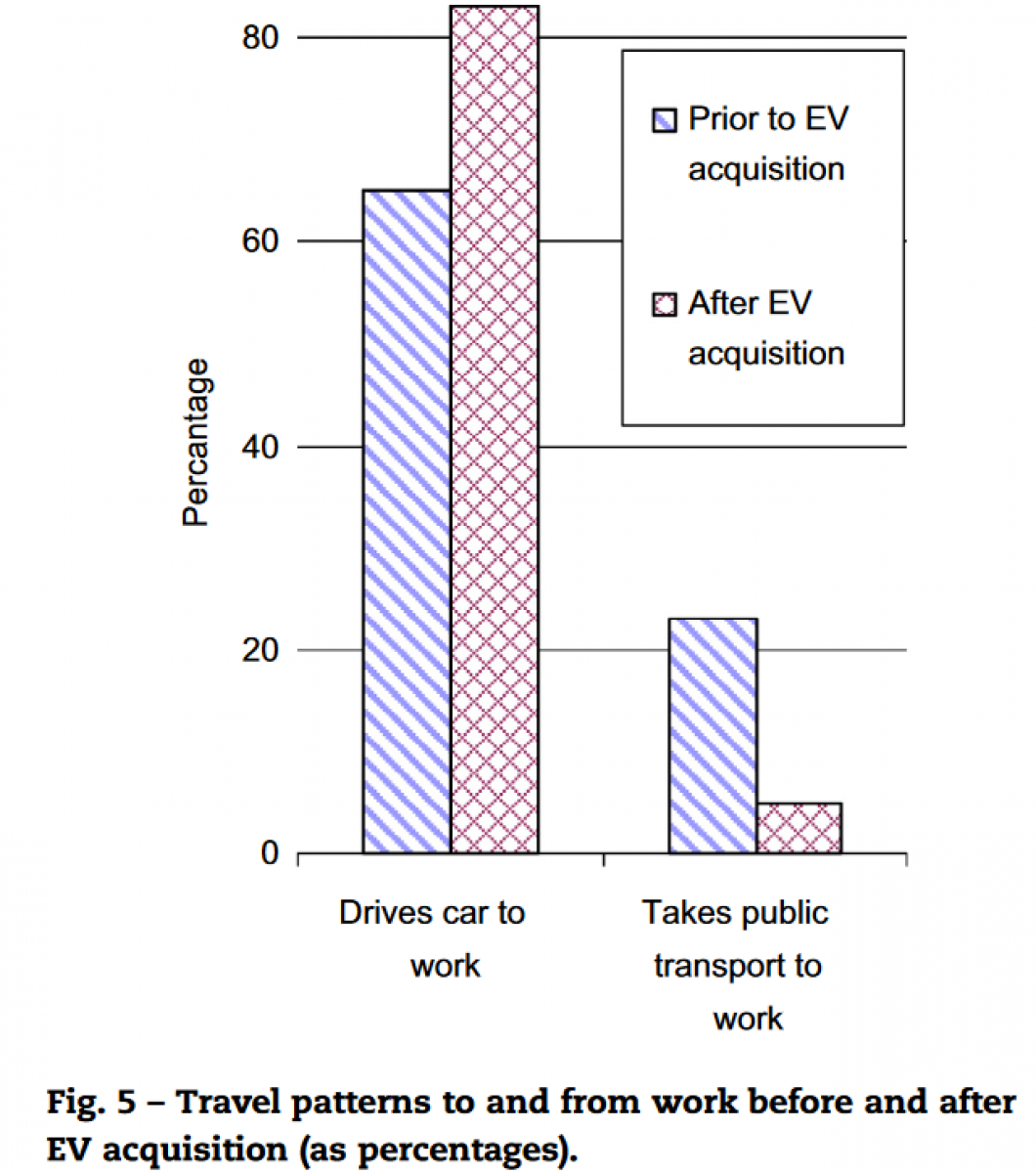 Favoring EVs as a policy to reduce CO2 emissions is marginally effective at best and very expensive. The policy creates a number of perverse incentives and contributes to an increase in economic inequality. In the aforementioned research paper on Norway’s EV policy, the authors conclude that the reduction in Norway’s CO2 emissions through EV adoption comes at the extraordinary cost of $13500 per ton of CO2. Considering that Norwegian road traffic emissions stood at 9M tons as of 2018. You can do that math as what it would cost to bring these emissions to zero at $13500 per ton. Several studies have shown that EVs have a relatively limited (17% to 30%) CO2 emissions reduction impact – on lifecycle basis – under the current European electricity mix: 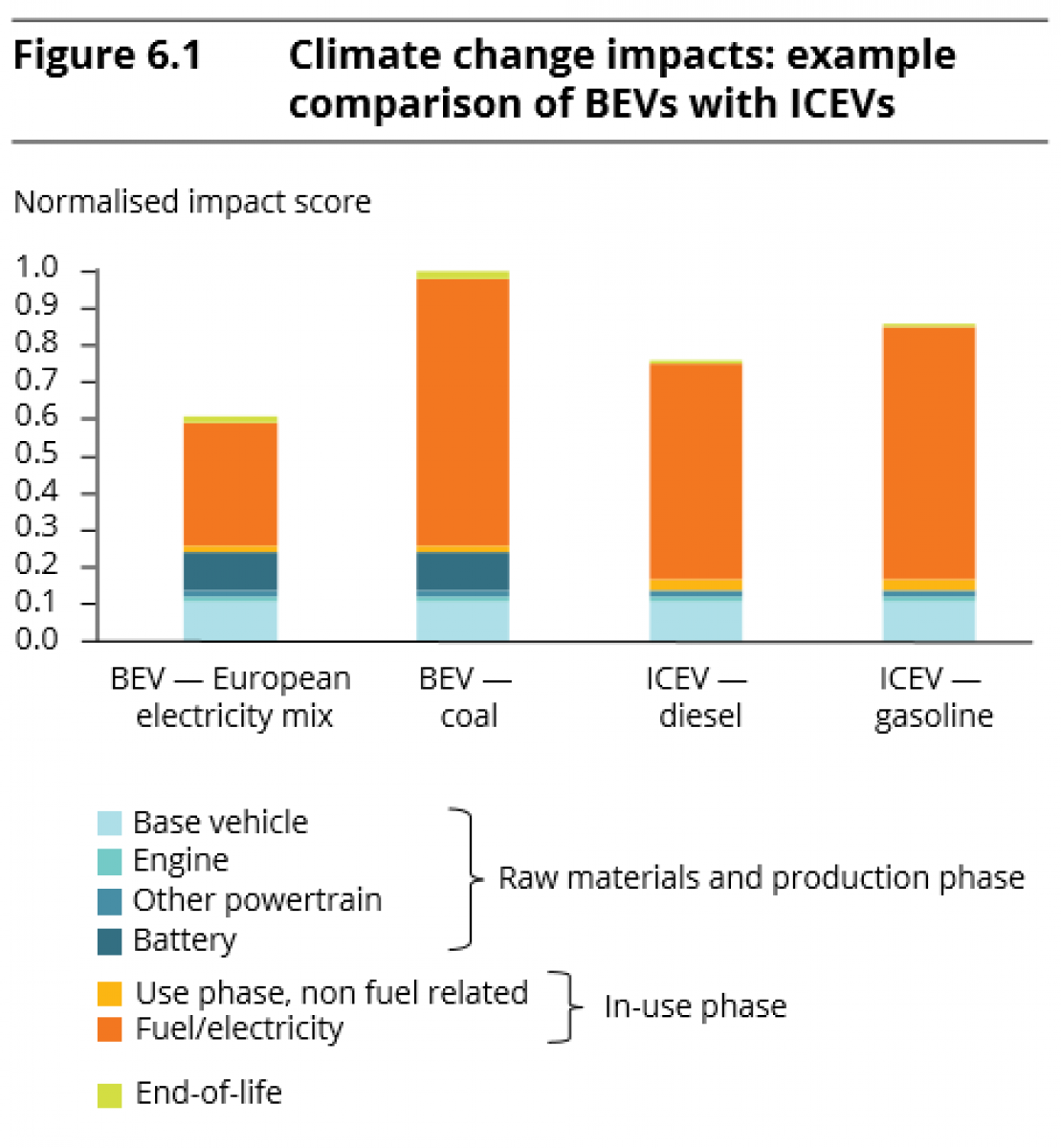 While it is likely that European electricity will become increasingly emission free in the coming decades, a larger decrease in CO2 transport emissions today can probably be achieved faster (and for a much lower cost) through a policy mix focused on public transport and highly efficient ICE vehicles. A recent study by the respected IFO Institute in Germany concluded that a switch to EVs would actually increase German CO2 road emission in comparison to a policy favoring fuel efficient diesel cars. My point here is not to promote a specific drive train technology, the point is that as a society we need to adapt effective and sustainable environmental and economic policies that will lead to tangible reductions in CO2 emissions. Norway’s model is absolutely not the one to follow. I will state for the record that once Norway reduces its generous EV incentives in 2020/2021, the country multi-year growth in EVs sales will likely reverse as was the case in Denmark in 2017.

Norway has pursued its extreme EV support policy due to the seemingly mistaken belief that one can both fight climate change and maintain a car culture. Considering the limits of of today’s personal vehicle technology and the limitations of public finances, the simultaneous pursuit of these two conflicting objectives is perhaps a well-intentioned folly.