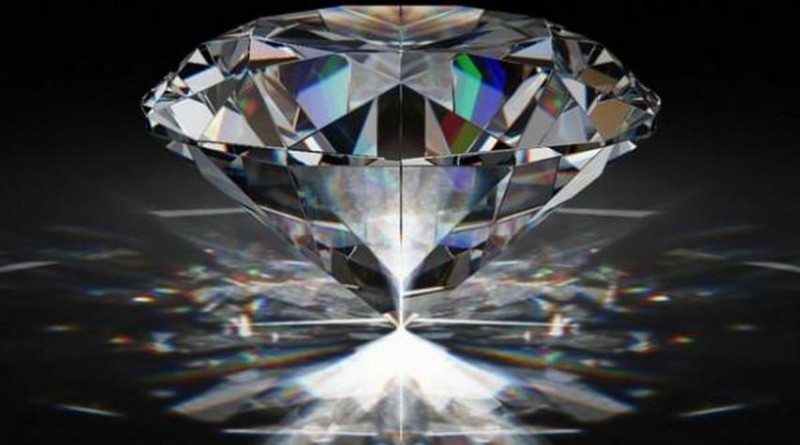 The Financial Times states that De Beers’, the world’s largest diamond miner, has seen a collapse in sales this month, as the entire industry is on the brink of a downturn amid weaker consumer demand for the artificially price inflated gems and the proliferation of lab-grown stones.

De Beers said Wednesday that it sold just $280 million of diamonds this month, compared with $503 million in the same period a year ago, which represents a 44% drop. The miner’s sales so far this year are down $1 billion from the same time in 2018.

“The current malaise in the market is due to oversupply,” said Paul Zimnisky, an analyst in New York, who said diamond buyers had too much inventory.

Declining demand from the world’s two largest diamond-consuming countries, the US and China, has fuelled uncertainties for the overall industry. Along with macroeconomic risks about a structural decline of the global economy and an out of control trade war between the US and China.

Diamond buyers have become disappointed with the cost of rough diamonds sold by De Beers this year as spot prices for polished diamonds have fallen on a YoY basis.

“Clients are waiting for polished demand to pick up and are trying to buy as little as possible,” David Harari, co-founder of diamond trading platform Bluedax, said in a newsletter.”

Shares in Signet, the world’s largest retailer of diamond jewelry, have crashed 60% this year. 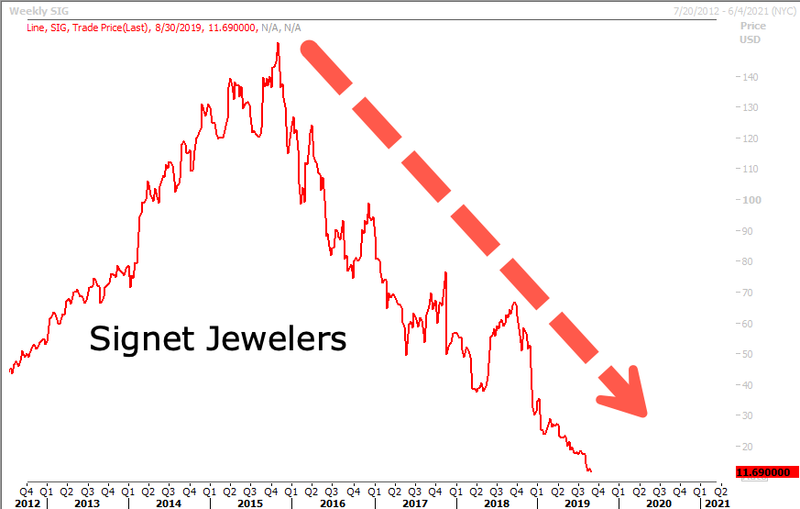 Zimnisky noted the rapid increase of lab-grown diamonds, which are chemically grown in a lab, are also “taking a very precious piece of the mined industry’s modest growth.”

As a result of the oversupplied market, De Beers has so far slashed production with a target of 31 million carats this year compared with 35.3 million lin 2018.

While diamonds maybe forever, diamond demand from consumers isn’t – and that demand tends to collapse ahead of (and during) recessions.