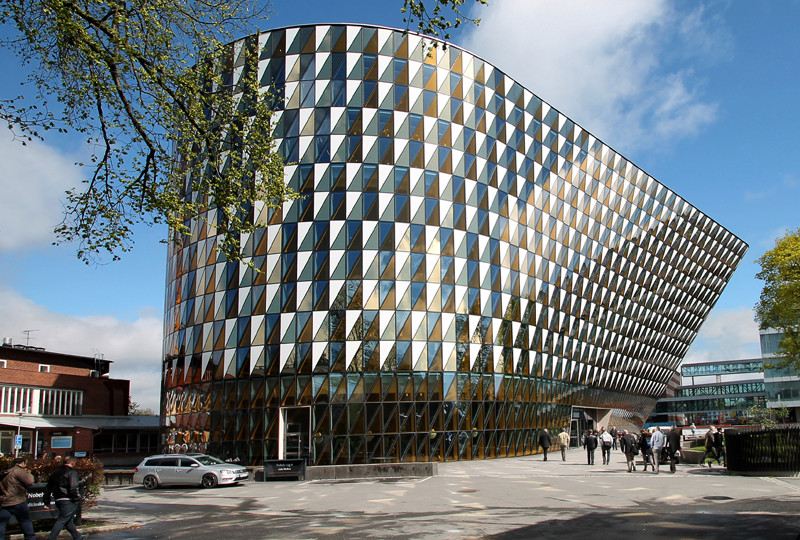 New organ found just beneath the skin may be responsible for certain types of pain.

A previously unknown sensory organ that detects dangerous environmental stimuli may be responsible for certain types of pain, according to scientists who discovered the organ lurking beneath the skin’s top layer.

The meshlike organ senses pressure, pricking, and other mechanical discomfort caused by environmental factors, scientists at Sweden’s Karolinska Institutet have found. Made up of a network of specialized glial cells called Schwann cells, which are found near nerves and were not previously known to be involved in pain sensation, the structure lurks just beneath the skin’s surface, extending filament-like protrusions into its outermost layer. The researchers published their discovery in Science on Thursday, giving the structure the less-than-glamorous name of nociceptive glio-neural complex (NGNC).

The NGNC forms a unique, intricately-connected network with nearby nerve cells all over the body, leading the researchers to argue that it should be officially designated an organ. Certainly it upends prior models of pain sensation which pinpointed its origins in nociceptive fibers – individual “naked” nerve endings which terminate in the skin. While both systems transmit pain in the form of electrical impulses back to the brain, the similarities end there.

“Our study shows that sensitivity to pain does not occur only in the skin’s nerve [fibers], but also in this recently discovered pain-sensitive organ,” study author Patrik Ernfors said in a press release accompanying the study.

Researchers used gene editing to deactivate the specialized Schwann cells in mice, observing that they became much less sensitive to mechanical pain, while their reaction to extreme heat and cold remained the same. And while they acknowledge that the organ’s presence in humans hasn’t been confirmed through experimentation yet, mice and humans have all other sensory systems in common, so it’s a relatively safe bet we have the same glial networks lurking beneath our skin, causing us to cry out in pain when we stub our toes.

The researchers next hope to study the exact mechanism by which the cells are activated by pain, down to the activation of proteins in response to mechanical stimulation. They see their discovery as bringing hope for the treatment of chronic pain, a debilitating condition that remains poorly understood.

The NGNC wouldn’t be the first new organ to turn up in the human body in recent years. Another previously-unknown structure called the interstitium was discovered last year after long going unnoticed because in dead tissue – the kind usually examined under a microscope – it collapses to near-invisibility. We don’t know our bodies as well as we think.

Picture: A colorized microscope image shows the structure of a newly described organ called the nociceptive glio-neural complex, highlighted here in green. Nerve cells in this image are depicted in red, while cells in the outer part of the skin are shown in blue. 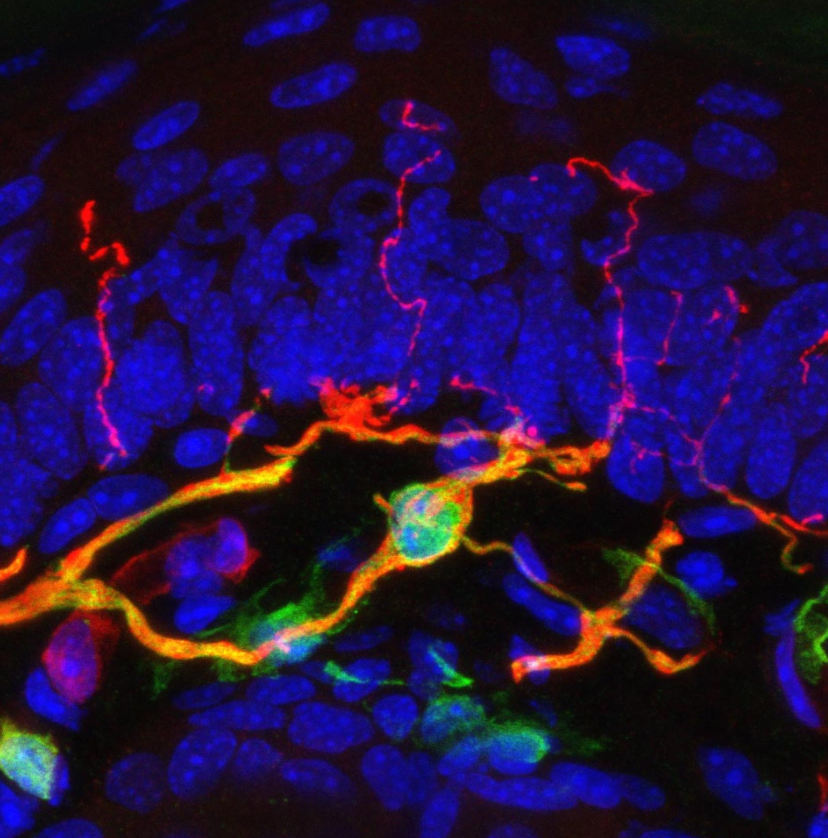 An illustration of the glio-neural complex shows the location of this organ in the skin’s inner tissue layer, or dermis, and the outer layer, or epidermis: