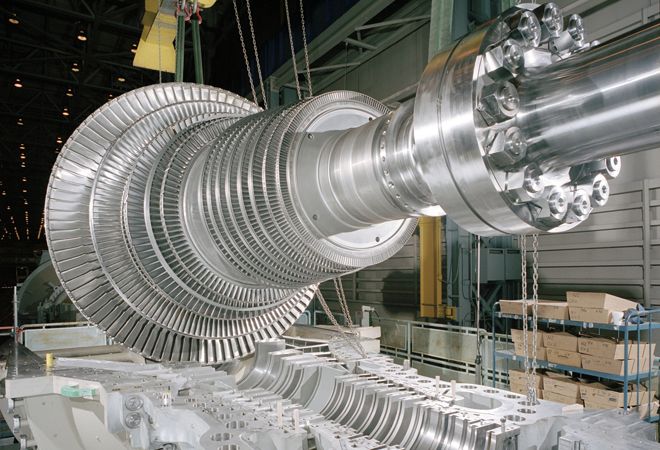 Harry Markopolos is famous for blowing the whistle on infamous Khazarian scammer Bernie Madoff’s Ponzi scheme, which blew up in 2008. Now the accounting investigator has his sights set on a new target: General Electric. He accuses the troubled company of orchestrating a massive fraud.

Markopolos said in a report released Thursday that GE was hiding nearly $40 billion of losses in its insurance business. He said this is the largest case of accounting fraud he and his team have investigated.

“In fact, GE’s $38 billion in accounting fraud amounts to over 40% of GE’s market capitalization, making it far more serious than either the Enron or WorldCom accounting frauds,” Markopolos wrote in the report, referring to the scandals that eventually helped bankrupt energy giant Enron in 2001 and long-distance telco WorldCom in 2002.

“Years ago, I would sit down at analyst luncheons and everybody would joke about GE and how they were cooking their earnings under Jack Welch then of course again under Immelt…GE took off like a rocket under take numbers (that is, until the crisis).”

Everybody said, “it’s 3% of the S&P 500, we should benchmark it because if we only have 1%, then we’d be short 2% after it took off like a rocket under fake numbers.

But what is Markopolos seeing right now that the rest of Wall Street has missed?

“The numbers are missing. They report top line revenues, bottom line profits, and nothing in between, expenses, research and development, selling, general administration costs – including cash flows, they don’t provide working capital, in fact GE is the only company in its industry that doesn’t provide working capital, in fact, GE’s working capital is minus $23 billion, if you search for current ratio in their annual ratio it doesn’t appear – name another company that does that…it’s accounting 101,” he said.

How severe is the problem? Serious enough to push it into bankruptcy? Yes, Markopolos says.

“They took a $15 billion reserve hit in Jan 2018 for long term care they have another $18.5 billion in immediate cash needs for reserves, they also have a $10.5 billion non-cash reserve hit they need to take on their GAAP books that’s going to be a loss and destroy their equity ratios and it needs to be done before Q1 2021 when new accounting rules take place.

He also explained how he went through the statutory filings for 8 GE reinsurance counterparties for long term care and pulled the regulatory filings for the years 2013-2018 and saw “all the losses falling onto GE’s books.” “GE is losing $5.27 for each dollar of premium they’re taking in.”

“Those losses are unsustainable and they’re growing at an exponential rate. That’s not going away…and it’s probably going to make this company file for bankruptcy.”

But if GE’s insurance liabilities take place over several decades, why take a charge for that now?

“Usually you reserve in advance so you can invest the money in the bond market and earn returns on it so you have the money to pay claims when they come due…and if you want to compare it to Unum…Unum’s loss ratio for 2018 was 90%, which means they took in $1 of premiums and paid out 90 cents so they were profitable…for Prudential, 81%…for GE, 527% – many times greater. It’s unsustainable and it’s growing.”

A lot has changed since the Enron and Worldcom scandals…what about the auditors, and boards…were all of these people missing the mark here?

“Yes, the gatekeepers have consistently failed…look at the Ratings Agencies during the financial crisis.” Markopolos also didn’t speak with the company before publishing his report so they wouldn’t start destroying evidence.

Markopolos said he’s pursuing GE because the shareholders deserve to know…but also because he needs to get paid. “I have a family to support.”

Finally, as the interview wound down to a close, Markopolos offered a bizarre explanation for his decision to go after GE: It’s recent move of its headquarters near Boston from Fairfield, Conn. “When you move to my home town, and you’re running a scam, I’m going to come after you.” And while Markopolos’s ‘nobody commits accounting fraud in my backyard’ sounds convincing, we’d certainly feel better knowing for whom Markopolos is working, and what their angle is, considering that betting against GE is nothing knew.

GE the company has been issuing denials all day, and most recently, CEO Larry Culp said Markopolos’s report contains “false statements of fact.”

“The claims made by Mr. Markopolos are meritless,” GE said in a statement, adding that it “has never met, spoken to or had contact with Mr. Markopolos, and we are extremely disappointed that an individual with no direct knowledge of GE would choose to make such serious and unsubstantiated claims.”

Markopolos made several comparisons to Enron in his report and also on a new website with the URL www.gefraud.com. He accused GE of using what he dubbed “the ‘GEnron’ playbook.”

“GE has been running a decades-long accounting fraud by only providing top line revenue and bottom line profits for its business units and getting away with leaving out cost of goods sold” in addition to various other expenses,” Markopolos claims.

He also took issue with how GE accounts for its majority stake in oil services firm Baker Hughes and accused the company of hiding more than $9 billion in losses in its separately traded BHGE (BHGE) unit.

Shares of GE (GE) tumbled 13% on the news. The stock is still up 7.5% this year though, as new CEO Larry Culp has been busy selling off non-core assets to shore up cash.

Those sales may also help turn GE around by making the notoriously complex company leaner and more focused on the power and renewable energy, aviation and healthcare businesses that continue to have solid growth prospects.

GE was not immediately available for further comment about the Markopolos claims. But in its statement, the company took issue with Markopolos’ allegations about accounting in its insurance unit, saying that “current reserves are well-supported for our portfolio characteristics.”

GE also defended how it accounts for its BHGE stake and added that it has “a strong liquidity position” — with ample cash and access to credit lines.

The company noted that “Mr. Markopolos openly acknowledges that he is compensated by unnamed hedge funds” and added that these funds are “financially motivated” to profit from short selling the stock, a move that could push shares lower and “create unnecessary volatility.”

Still, Markopolos points out in his report that he is not making any investment recommendations, adding that “GE’s current and past employees are the victims here as are GE’s lenders, vendors, and customers all of whom have to deal with the aftermath of an accounting fraud.”

Markopolos is far from the only one critical of GE’s accounting.

CtW also took issue with GE’s continued relationship with auditing firm KPMG, which has been reviewing GE’s books for more than a century. Several other activist shareholders also urged GE to dump KPMG, and GE said in December that its audit committee will consider making a change — but not until 2020 at the earliest.

KPMG declined to comment about its business relationship with GE because of “client confidentiality requirements.”