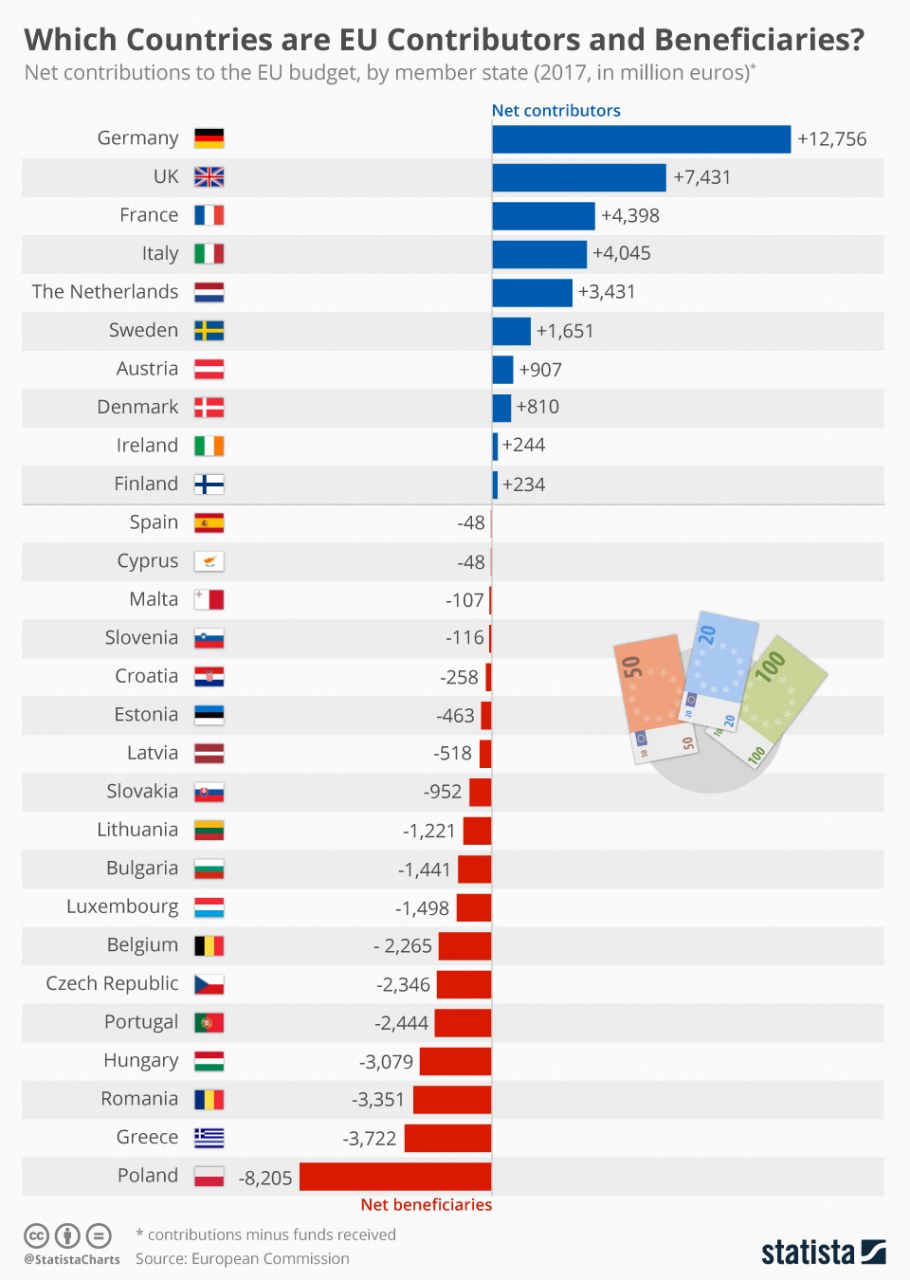 The question of which countries are paying more in EU contributions than they are getting out is a contentious issue for some and was also one major factor in the Brexit vote in the UK.

But being on top of this list doesn’t have to send a country scrambling to leave the political union. In Germany, for example, support for the EU is high. While budget contributions might outweigh direct financial benefits for the country, a study by the Bertelsmann foundation suggests that the single EU market increased the average incomes of Germans by over 1,000 euros, above the EU average increase of 840 euros.